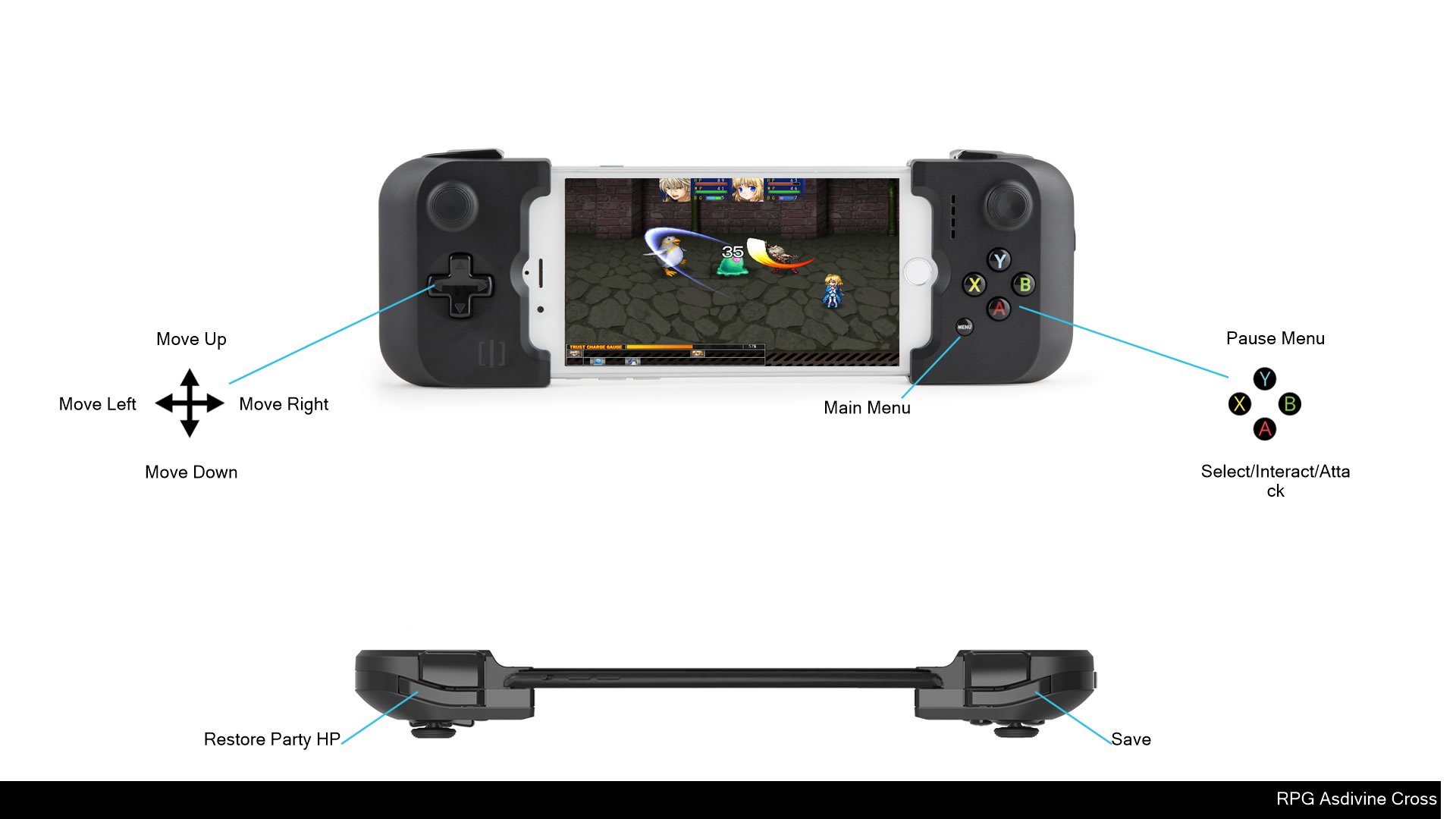 Bear the fate of light and shadow and save the world of Asdivine in a grand fantasy RPG!

After Harvey, a member of a band of outlaws known as the Watchers, is arrested while attempting to loot the chancellor's mansion, he finds himself locked up in the dungeon.
There, he strikes up a conversation with a young woman who appears to be in similar straits, but to his surprise, she tells him she is none other than the Princess of the very castle in which they are being held.
Not quite believing her tale, yet unable to leave her behind, Harvey assists her in escaping in an effort to find out if she is really not the impostor she is accused of being, or if he is just being taken for a ride...

- A Larger-Than-Life Fantasy RPG on Mobile Devices!
Follow in the footsteps of Harvey as he sets out on an adventure with a trio of heroines at his side, and all the while being led by divine guidance and even fate itself! Moreover, through his interactions with his companions, will Harvey's relationship with them blossom as a rose or wilt like a daisy?! Find out in this latest stand-alone title in the ever-popular Asdivine series!

- Smite Hordes of Enemies to the Dust!
Fill the Trust Gauge or combine magic and skills to create powerful combos and then let loose on the enemy with a barrage of eye-popping attacks that are sure to paint the battlefield with some of the most visually impressive moves yet! Add an auto-battle function that includes various tactics into the mix and battles have never been such a breeze!

- Learn Enemy Skills!
Having the characteristic ability to learn both magic and skills enemies use on her, Lucile (who is one of the heroines) can rack up a whopping 200+ kinds for her own use!

- Extra Content that Builds on that of its Predecessors!
Weapon upgrades, a battle arena for the toughest of the tough, plenty of post-game content, and so on bring everything to the table players have come to expect from the Asdivine series and a whole lot more! Now it is time to suit up and set out on an adventure like never before!

* The game can be played in its entirety without the need for in-game transactions.
* Please contact us through the Contact button on the title screen if you discover any bugs or problems with the application. Note that we do not respond to bug reports left in application reviews.;