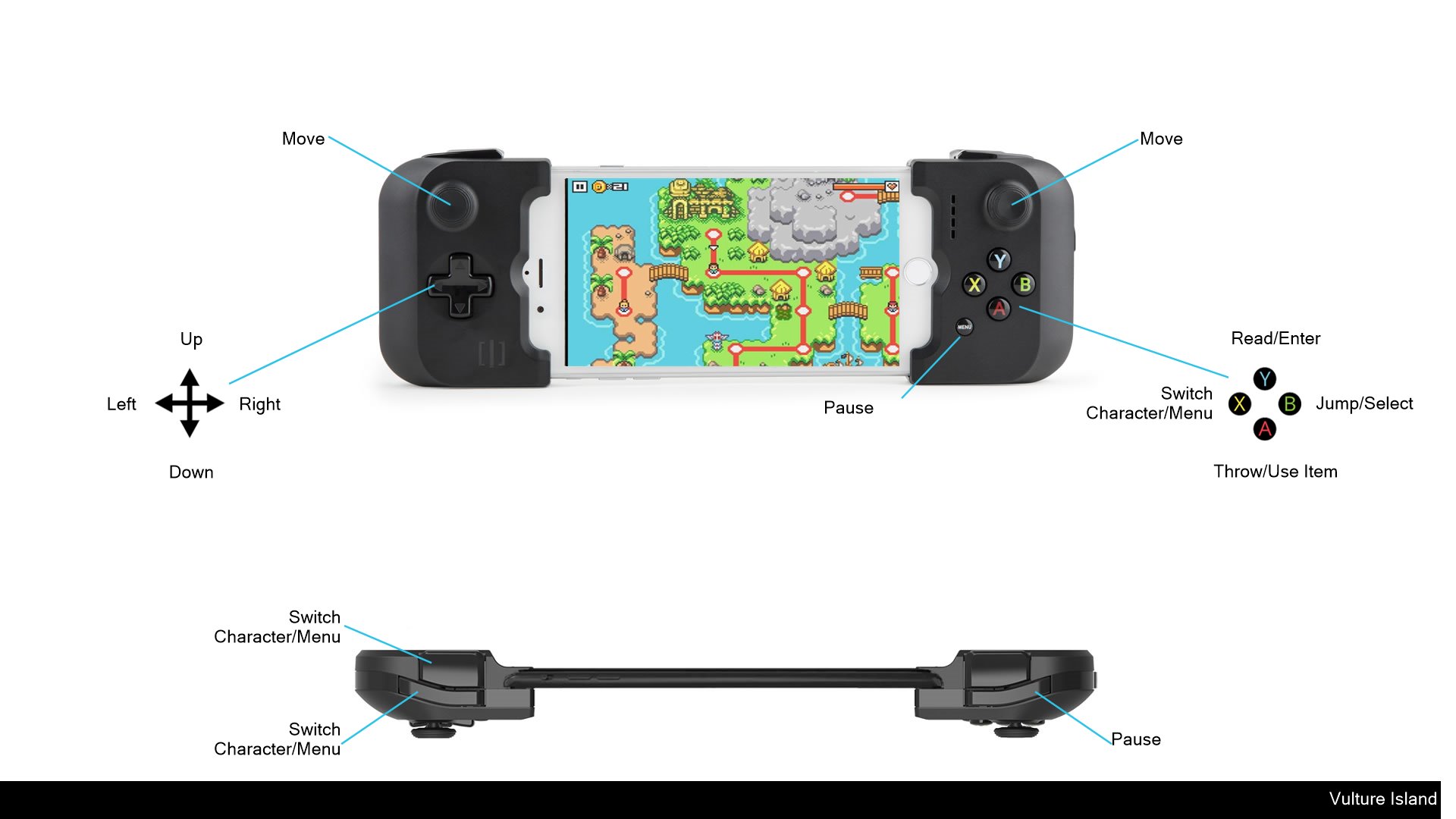 Vulture Island is a platform adventure with a distinct focus on exploration to tickle your curiosity.

Rather than stacking up high scores and running towards the end of each level, you get to roam freely in an open world and explore caves, swamps, temples, pirate ships and more.

You collect objects along your way, solve puzzles and talk to NPCs, all while being wrapped inside the platform gameplay mechanism we all have to come to love since the golden era of 8-bit computers and consoles.

Benjamin has built a spectacular flying machine to take him and his friends around the world.
During one of the first flight sessions something goes wrong. The youngsters have no choice but to parachute themselves to safety.

After an exhausting swim Alex, Paul and Stella end up on a distant island. Barehanded and with no trace of Benjamin.

* Non-linear gameplay: Explore the island freely
* Non-destructive gameplay: When failing, you're simply thrown back to the overview map instead of losing all progress
* Interact with characters, trade tools and help each other
* Collect items to your inventory
* Solve puzzles
* Battle enemies & bosses