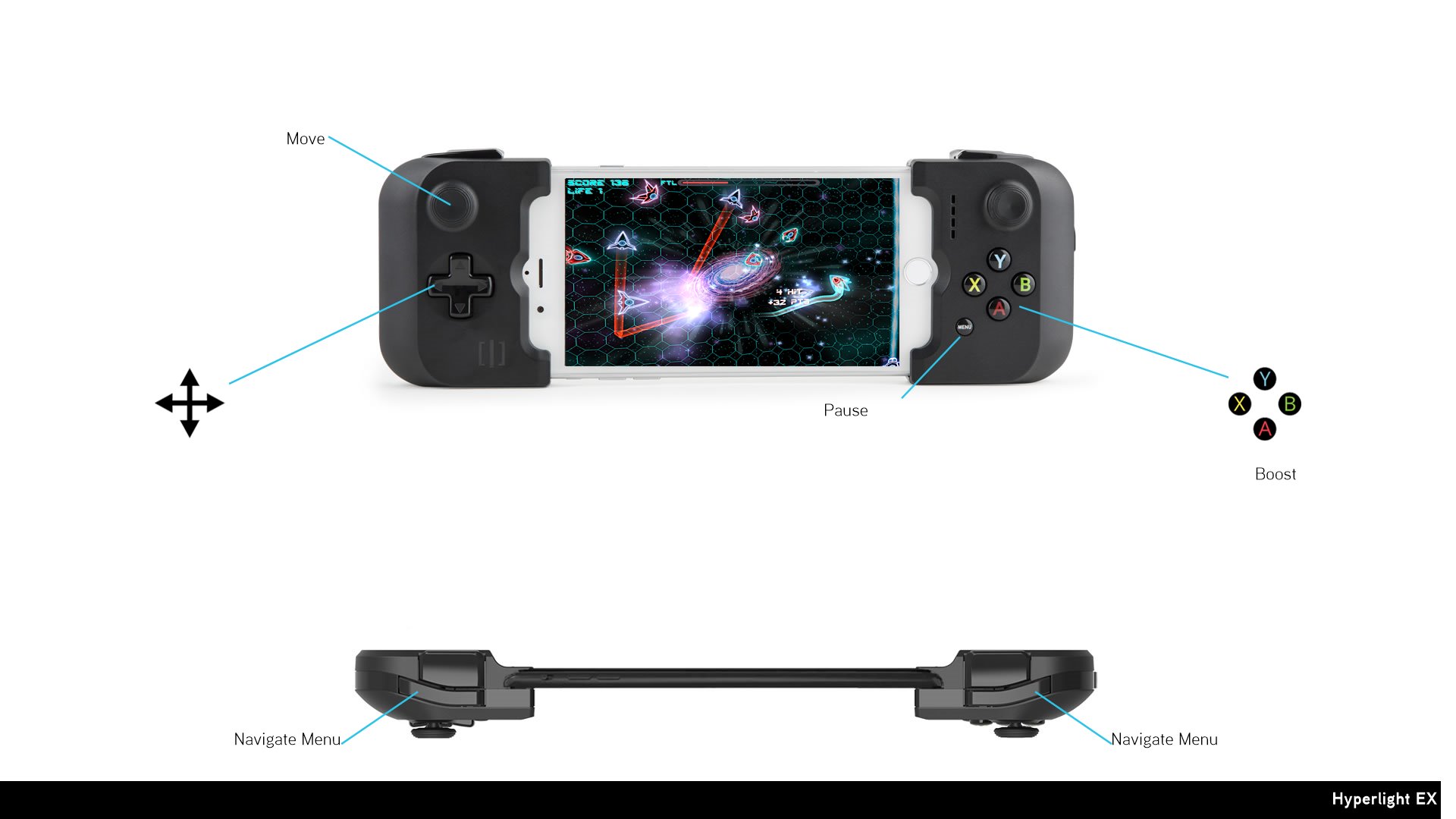 Hyperlight is an high intensity arcade action game in which you control a spaceship that fights against hordes of evil alien monsters in a virtual cosmic environment. Your spaceship has a special capability: it can travel at a Faster Than Light speed (F.T.L.) becoming itself the final weapon. By colliding with enemies in this state the ship can instantly destroy everything it touches! In the game there are also plenty of other bonus, weapons and entities that can help you overcome the many difficulties you’ll be facing, including the battles against the terrific final bosses that await you in the dark side of the universe!

"CatfishBlues Games has taken the score attack shooter genre and taken out most of the shooting, resulting in a fun, frantic, difficult game that arcade fans will surely enjoy." -- NintendoLife.com

"Hyperlight is a feast for the senses and a worthy successor to the twin-stick shooters that led up to this title. While the learning curve is likely to put off some players, the challenge is well worth tackling head on and is recommended for those after something a bit more exciting than the usual shooter." -- AppSpy.com;