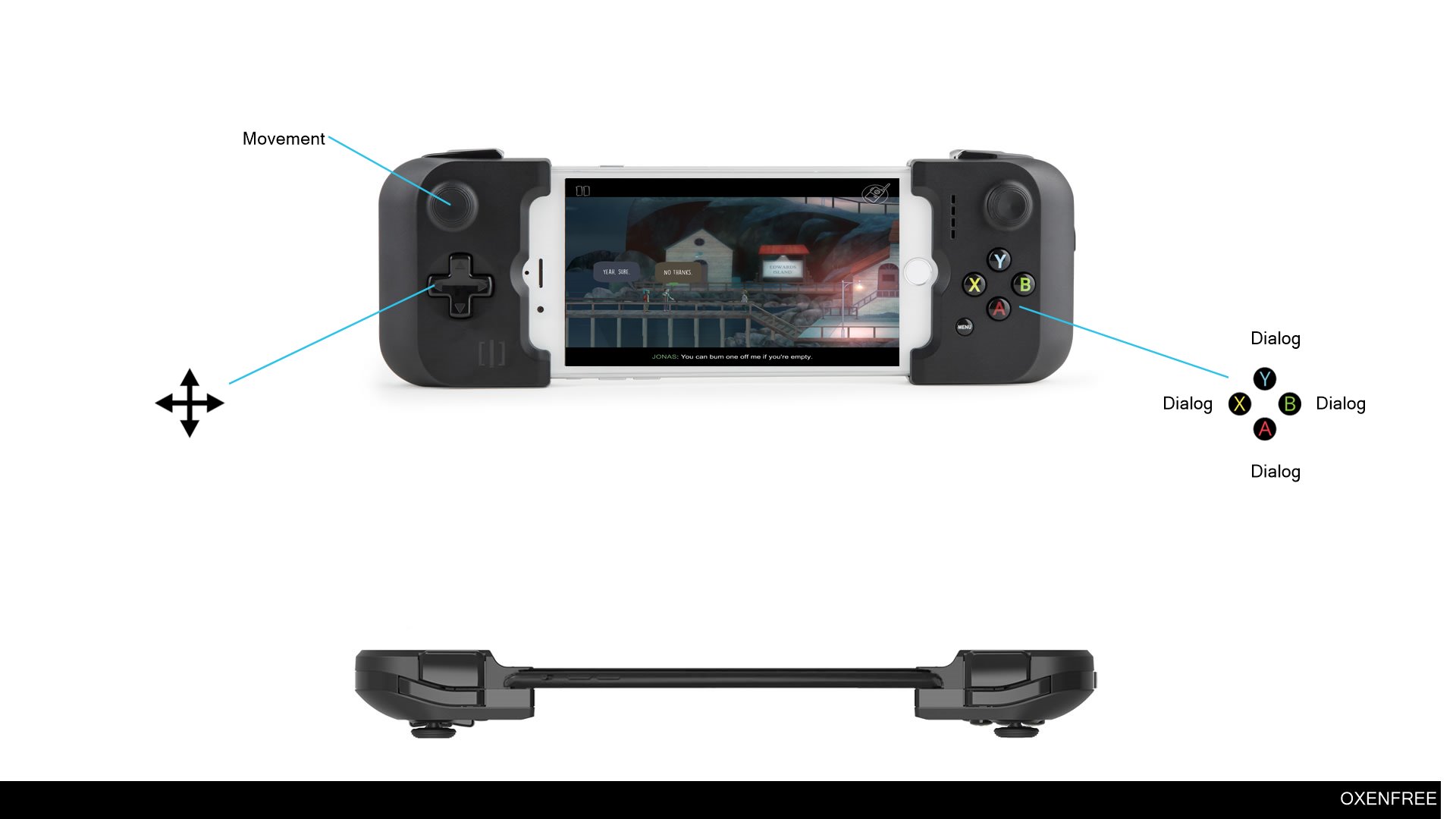 Play the opening for free. In-app purchase of the full game.
Choose your fate in this critically-acclaimed supernatural adventure.

“Oxenfree takes the best parts of supernatural 1980's teenage horror films and combines it with believable characters, beautiful set pieces, and a haunting VHS synth-pop soundtrack to create a masterpiece.” - 10/10 from CGMagOnline

"What “Stranger Things” was to Netflix, “Oxenfree” was to the video game world." - LA TIMES

"Oxenfree stands firm as a smart supernatural tale that crawls to a chilling end." - KILLSCREEN

Oxenfree is a supernatural thriller about a group of friends who unwittingly open a ghostly rift. Play as Alex, a bright, rebellious teenager who brings her new stepbrother Jonas to an overnight party on an old military island. The night takes a terrifying turn when you unwittingly open a ghostly gate spawned from the island’s cryptic past. How you deal with these events, your peers, and the ominous creatures you’ve unleashed is up to you.

Determine every aspect of Alex's story while exploring Edwards Island, uncovering the base's dark past, and changing the course of your friends' lives.

• Oxenfree can be played in both touchscreen and controller modes, allowing you to switch between play styles seamlessly.

• An intelligent conversation system changes the story and your relationships based on every decision.

• The unique radio mechanic allows Alex to communicate with mysterious spectres and manipulate her world.