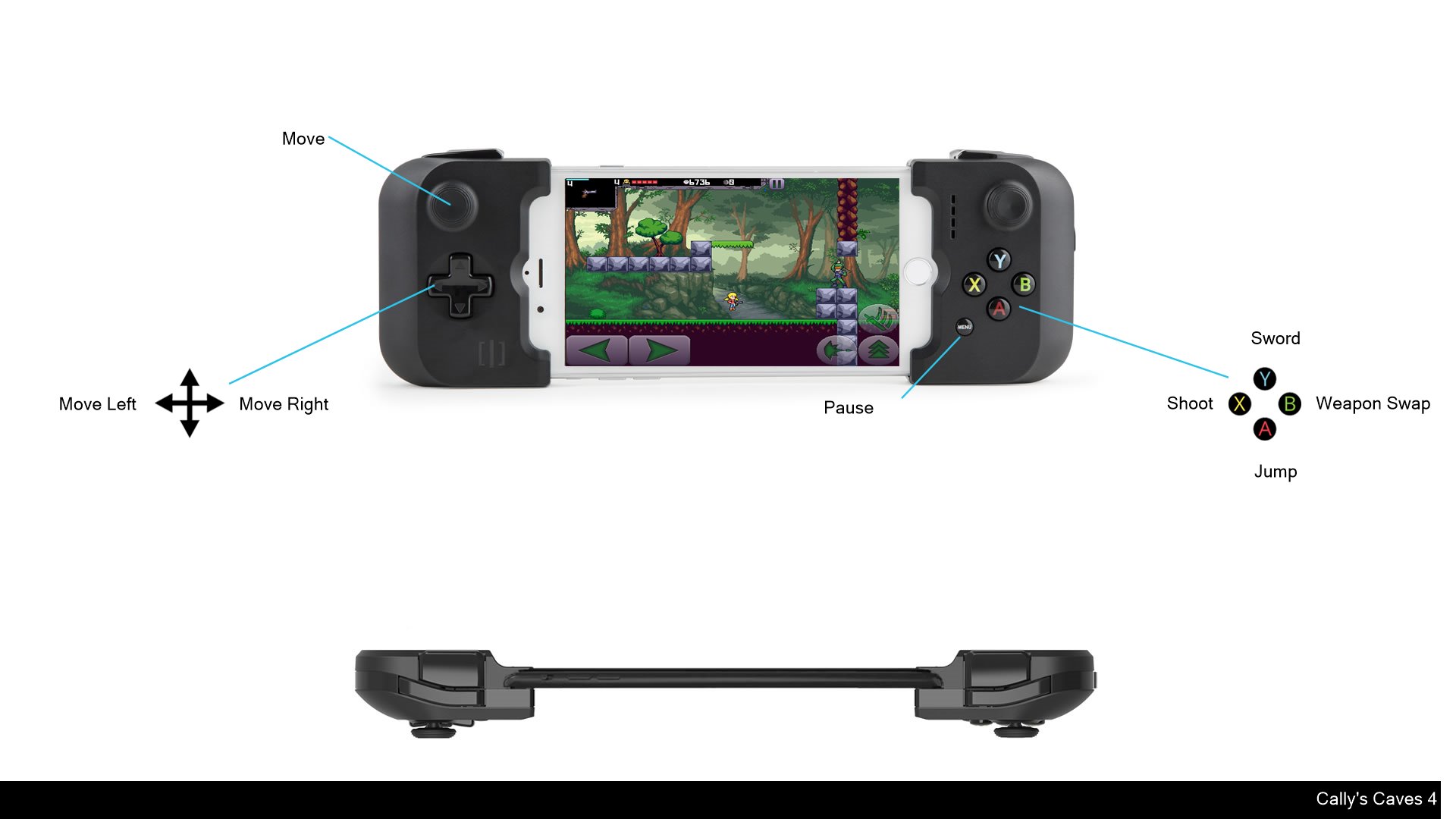 It’s time for Cally’s biggest adventure ever! On a mission to cure her friend Rupert’s curse, Cally must embark on a journey across the globe. Along the way, Cally will make new friends, discover a new arch-nemesis, and fight her way through hordes of enemies on the way to becoming the greatest hero in the world! Do you have what it takes to fight a secret society that holds the only thing that can save Rupert? Take on the challenge in the action platformer, Cally's Caves 4!

Features:
- 9 biomes with over 300 levels packed with enemies, collectibles and secrets.
- 11 weapon classes, with 88 unique weapon forms
- Using your weapons will level them up, eventually changing the weapon’s appearance and firing effects. Level each weapon all the way up to unlock its final, super-powerful form!
- 11 huge bosses to fight, reason with, and maybe even become friends with.
- 24 enemy types spanning Regular Game, New Game + and Survival Modes.
- New costume choices for Cally!
- The return of Cally’s ninja bear sidekick Bera as a playable character.
- An in-game wiki to collect information about the story, characters, and enemy behaviors and weaknesses.
- Expansive Weapon Mod system that allows you to customize your weapon’s effects.
- MFi controller support.
- A massive story with new and returning characters.
- Cally can now strafe and autofire.
- Hubworld area with shops to buy Power-ups, Consumables, and Weapon mods with in-game currency.

Cally’s Caves 4 is a run-and-gun action game, with tons of powerups, weapons, and levels. When your friend needs your help, there’s only one thing to do: LEVEL UP EVERYTHING!;