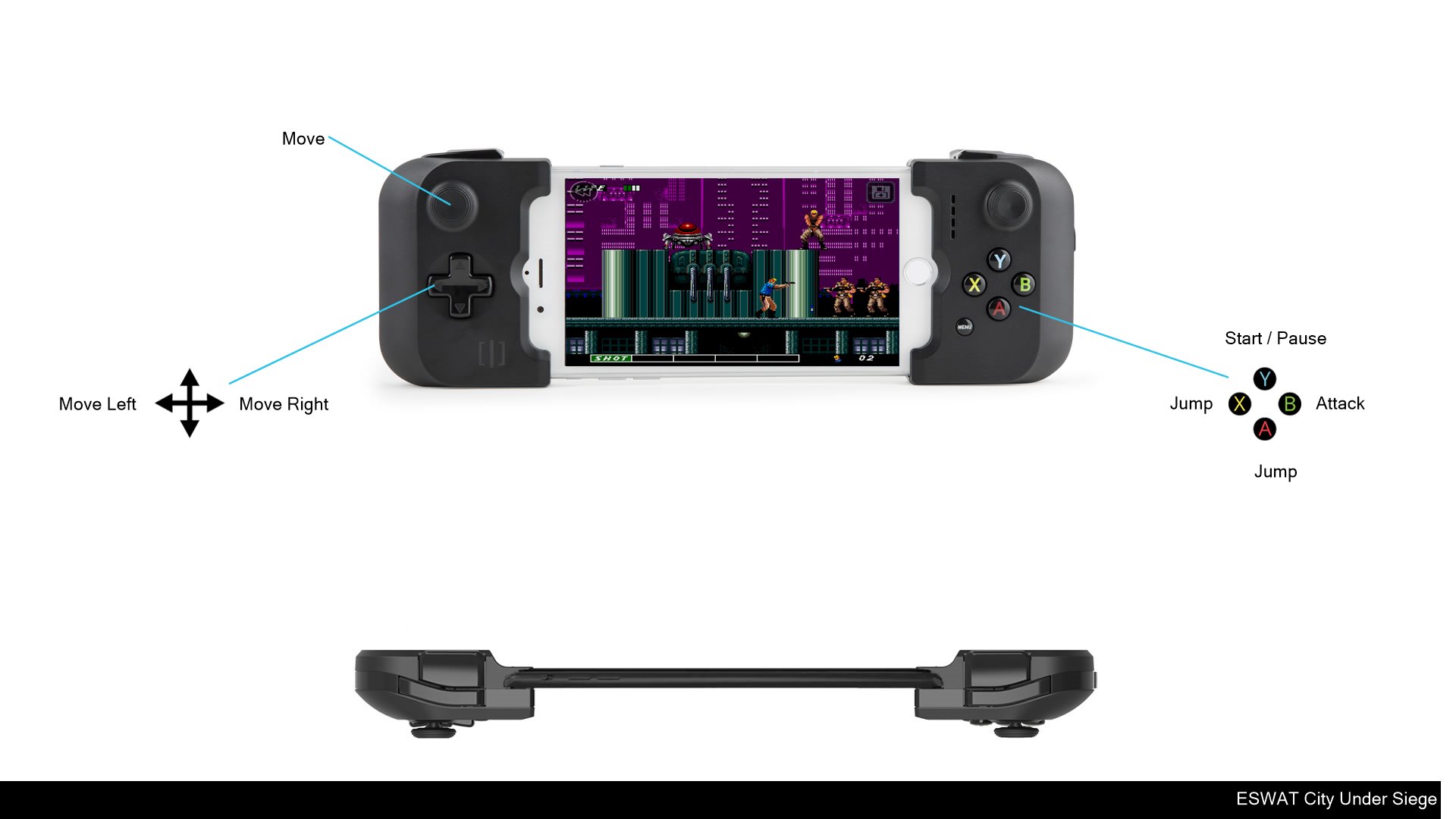 Liberty City is in the grip of an unstoppable crimewave. Gangs rule the streets and only cops in cybernetic power armor can hope to end the violence. Playing as Officer Duke Oda, you must don your cutting-edge ICE Combat Suit, fire up your plasma rifles, jet packs, and rockets to bring about peace once and for all!

ESWAT: City Under Siege joins the ever-increasing line-up of ‘SEGA Forever’, a treasure trove of free SEGA console classics brought to life on mobile for the first time!

FEATURES
- Arm yourself with plasma rifles, flame throwers, and more!
- Utilize the short-burst jetpack to give you the upper hand in battle!
- Huge mechanized bosses!
- Dozens of power ups to boost your chances in battle!

ESWAT: CITY UNDER SIEGE TRIVIA
- Your spinning flamethrower attack is great but does deplete your fuel so use it wisely!
- Side-scrolling beat-‘em-up fans, take note: the ESWAT ending features the same police car as seen in Streets of Rage!
- Cyber Police ESWAT, released in arcades and on the Master System, is a very different game to ESWAT: City Under Siege!

© SEGA. All rights reserved. SEGA, the SEGA logo, ESWAT: City Under Siege, SEGA Forever, and the SEGA Forever logo are registered trademarks or trademarks of SEGA Holdings Co., Ltd. or its affiliates.;