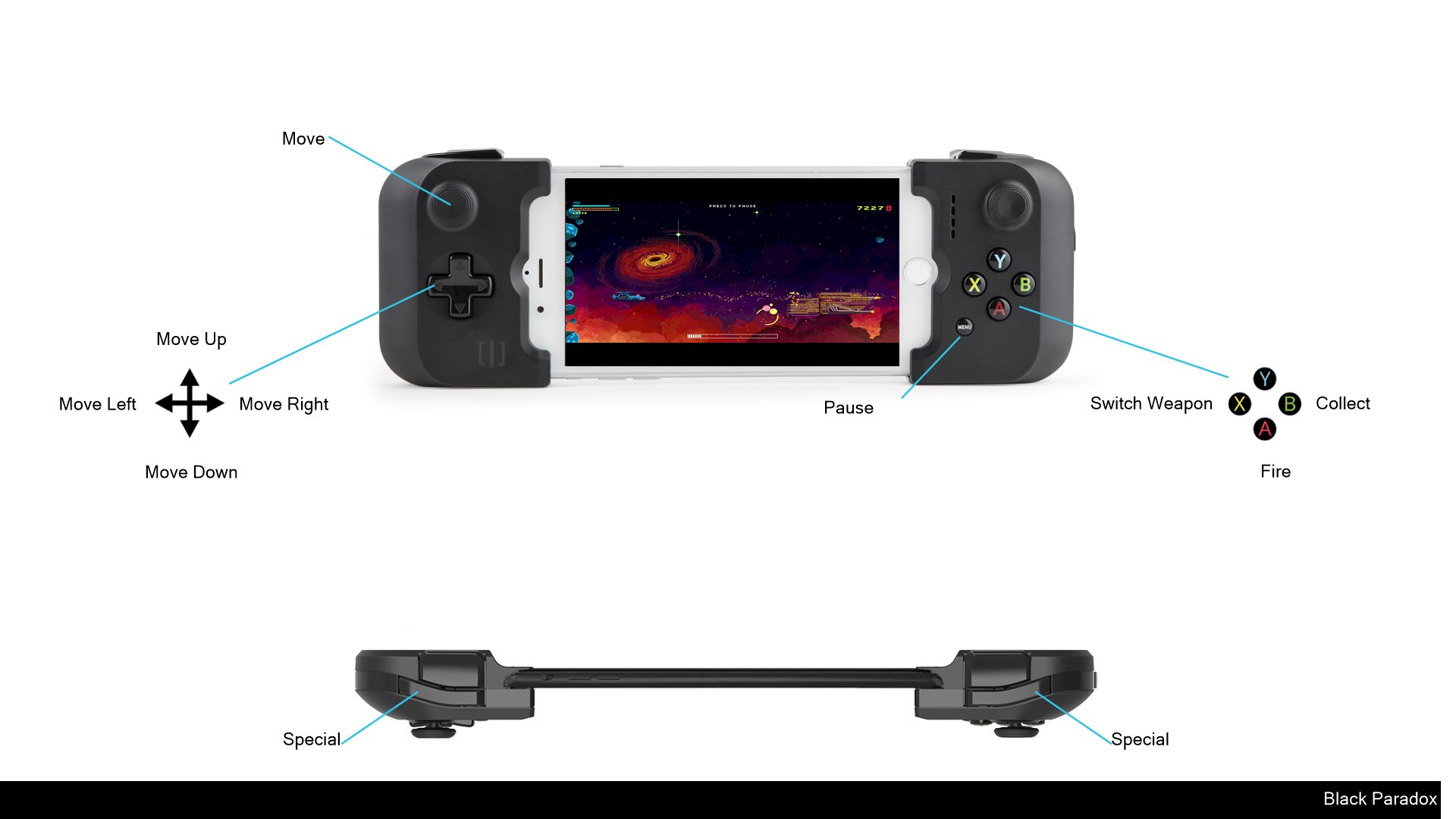 Play as Black Paradox, a bounty hunter capable of traveling through time by manipulating energy produced by black holes.
Help him defeat the Hellraisers and its 7 leaders, the most ruthless criminal organization in the galaxy.
Use hordes of different weapons, upgrades and drones to succeed in your quest!

• 15+ weapons!
• 30+ powerups!
• 10+ deadly drones, little helpers that pack a lot of punch!
• A space bending ultimate move, the “Black Paradox”, so powerful that the main character is named after it
• 50+ different enemies, each with different attack patterns!
• 7 deadly bosses with unique attacks
• A growth system to give the player more powers while upgrading his stats
• Integrated control support for all kinds of controllers!
• Amazing pixel art
• Awesome Synth-Wave soundtrack;