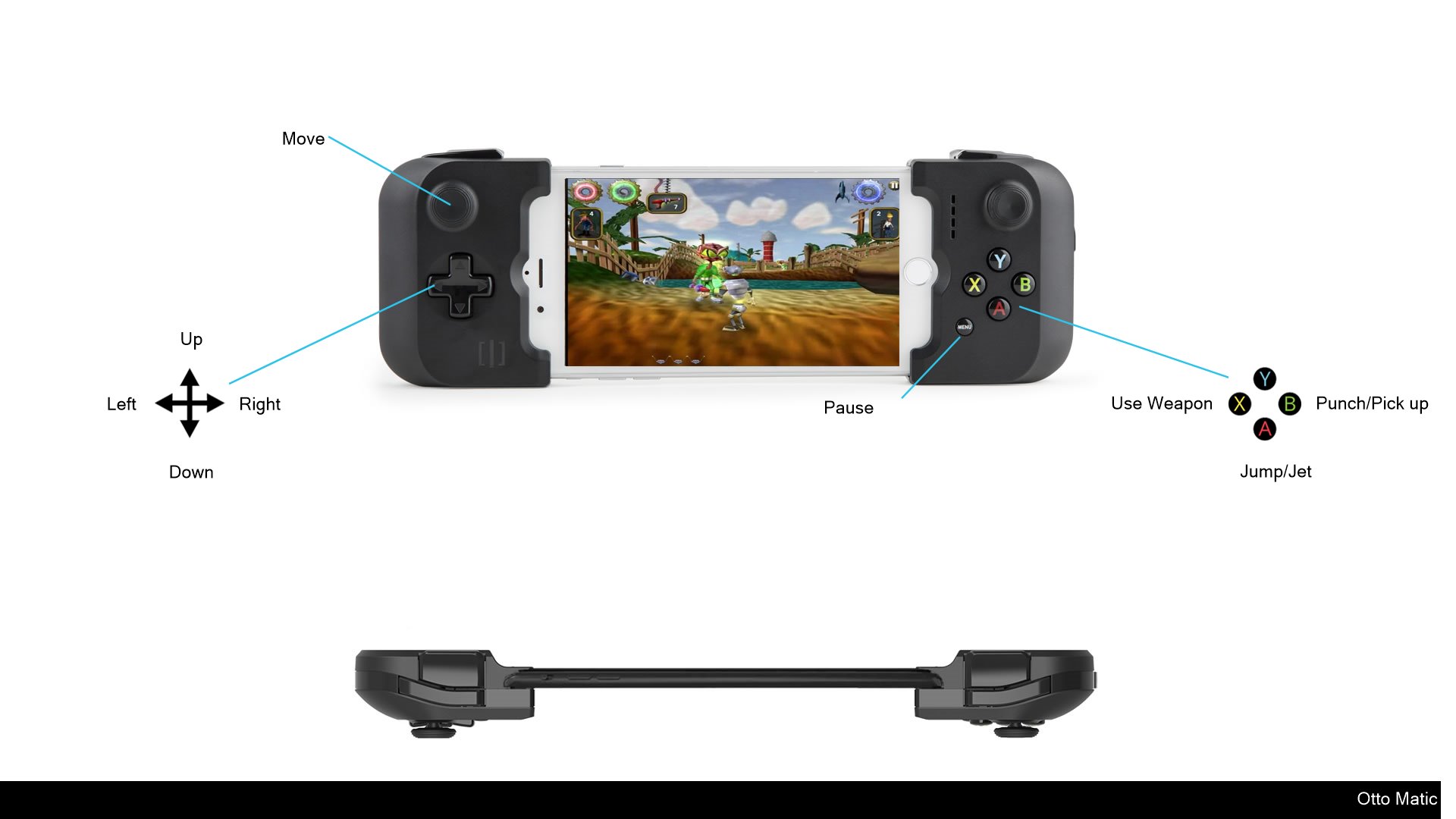 The year is 1957 and a fleet of flying saucers from Planet X have come to Earth. These saucers are under the control of the evil Brain Aliens who are abducting helpless human beings and taking them away to strange alien worlds to become slaves of The Giant Brain.

You are Otto Matic, the robot given the job of saving Earth from the Brain Aliens. Your rocket ship will take you to each of the alien planets, and on each planet you must save as many humans as you can, but be careful because the Brain Aliens will try to abduct the humans before you can save them. Once The Giant Brain has been defeated and peace has been restored to the galaxy, you will return to Earth with your human cargo where they will be freed.;