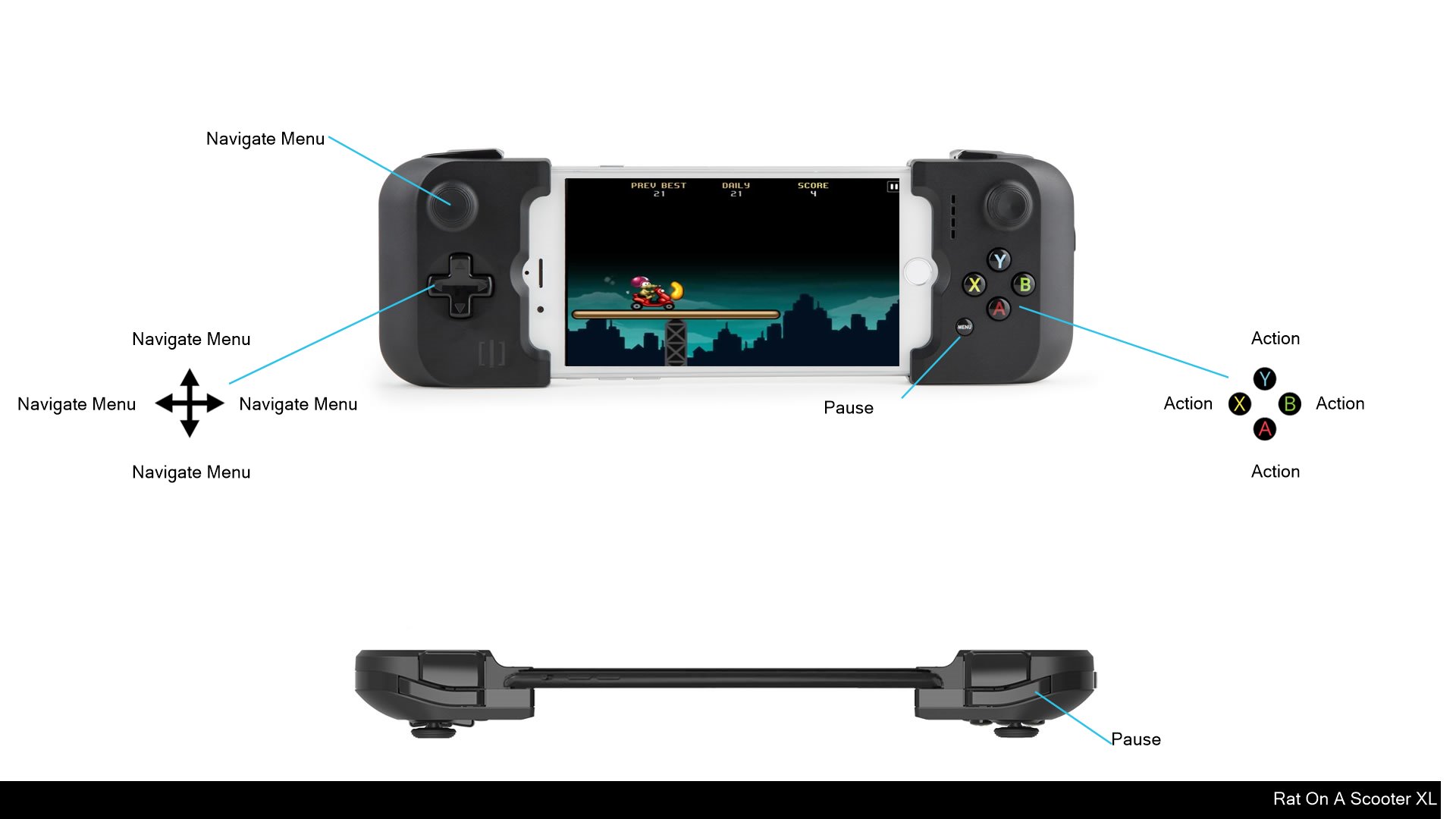 WHY AN XL VERSION?

As "Rat On The Run" skyrocketed into App Store's charts all over the world in November 2009, the included scooter bonus game gained MASSIVE ATTENTION and praise from reviewers and fans.
Flattered by this, Ratty jumped back up on his scooter and gave you an XL version, packed with more features and fun than ever!

Rat On A Scooter XL has been the #1 DOWNLOADED GAME in 33 COUNTRIES, chosen as APPLE STAFF FAVORITE, and we've even heard people saying they bought an iPhone just to play it!

Kick-start the scooter and head down to the abandoned suburbs to BURN SOME SERIOUS RUBBER.

Perform dangerous STUNTS and jumps on top of the scaffolds in Ratty's boldest adventure ever.