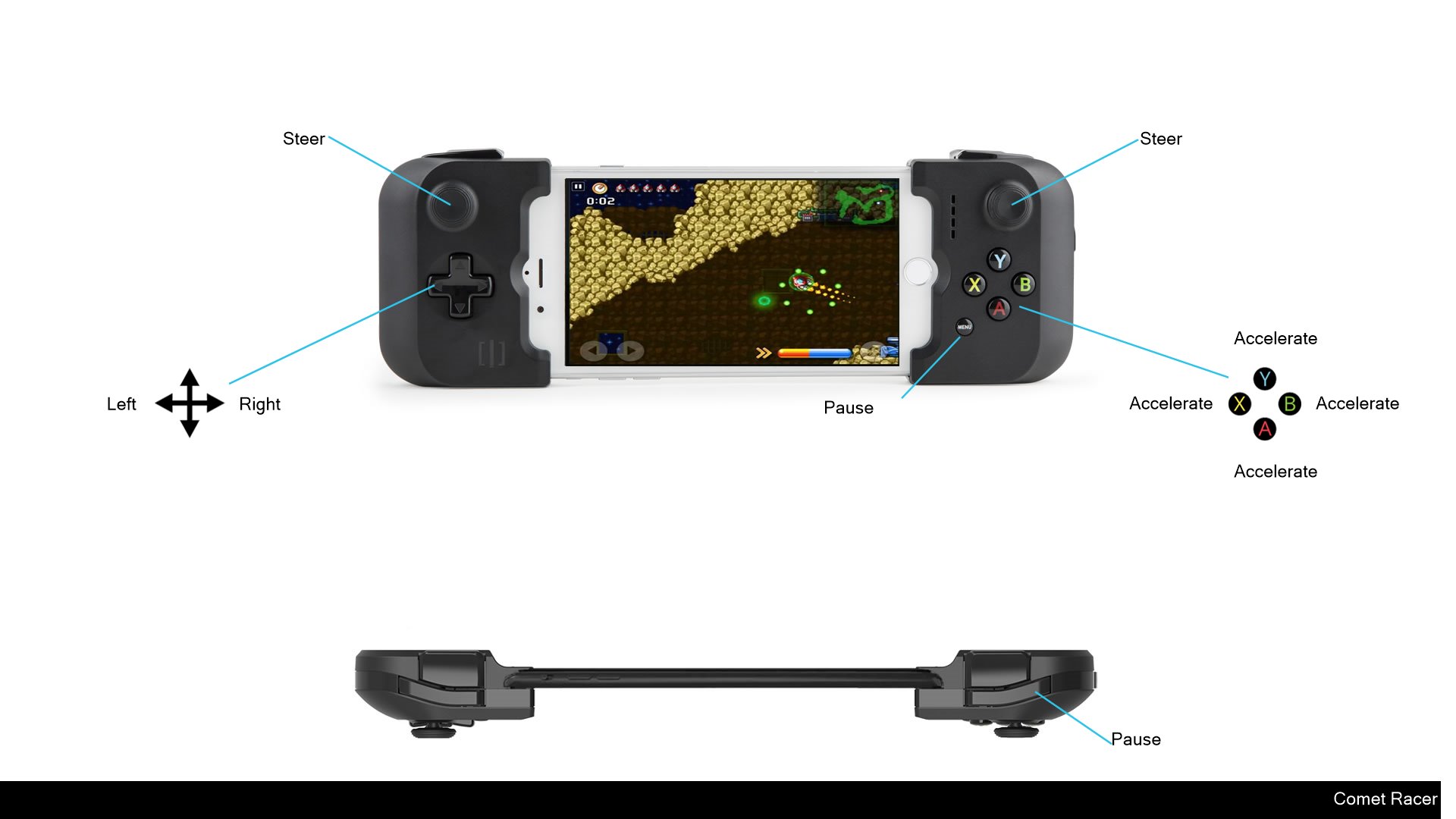 Prepare for wild races inside abandoned mining rocks and comets throughout the universe!

Race against the clock or your own shadow through squiggly mazes packed with power-ups, secret passages and hidden items.

- "Comet Racer is easy to get into and fun to try to master. It's one of those games that can draw you in for hours..."

- "I can't stop playing. Having lots of fun racing against shadow."
- "Controls are perfect, graphics are cool and like all games by Donut Games, it is addicting."
- "Donut Games Delivers Another Gem!"

THIS IS COMET RACER: