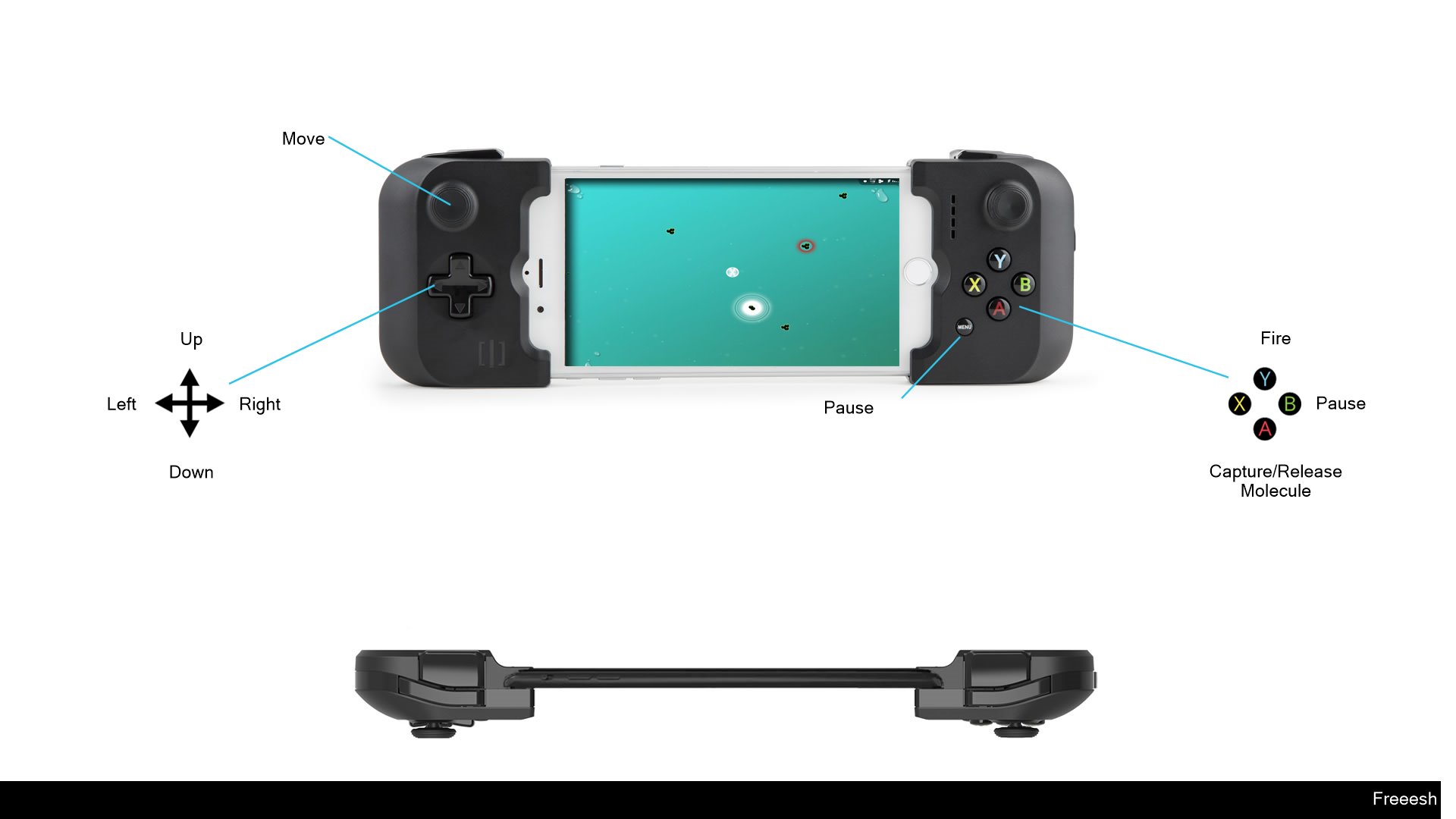 Feed and protect your nucleus well, if you want to reach higher levels of evolution in this original, arcade type of game. Be careful to avoid the bigger and red molecules as you feed your nucleus smaller ones to thrive and survive. Click “…More” to learn why you should download this Game today!

You’ve been given a small nucleus. It’s your job to feed, grow and protect the little fella, at all costs. Sounds easy but it’s not. You made it through the first evolution without incident but now that you’re in the second, danger lurks everywhere.

You manage to avoid the bigger molecules but quick, hit the flash button! It’s the only thing that will protect your nucleus from the dreaded red molecules that are closing in to cause harm.

Whew, that was a close one. You almost need eyes in the back of your head to fend off the reds while watching for incoming, hungry bigger molecules. They love nothing more than to eat a small, tender nucleus like the one in your charge. Think you can keep the little guy safe until he’s big enough to take care of himself?

Freeesh gives you exciting gameplay with an original arcade feel. Think Flow and you’ll get the idea.

This really easy to use interface offers customized settings and 12 levels of play that increase in difficulty as you go. It’s going to take a concentrated effort on your part to feed that little nucleus and keep him safe, especially with bigger molecules and red molecules that want to eat him.

If you’re really good at playing Freeesh, you just might see your name and score on the global Leaderboard. You could even get an achievement award.

While you’re having a blast playing Freeesh, you can listen to the perfect background music to set the mood. The game features an original chilling soundtrack by Alexel that’s going help you become one with the game.

Check out the Freeesh features that you get when you download the app:
* User friendly, intuitive interface
* Accelerometer, Digital Pad or game controllers support
* 3 *free* levels for a total of 12 levels with increasing challenges (requires in-app purchase for full version).
* Game Center support with Leaderboard and Achievement
* Personal best times for each levels
* Original chilling soundtrack by Goldchimes (http://www.goldchimes.org)

Download Freeesh now. Have fun but remember to watch for danger. It’s everywhere.;