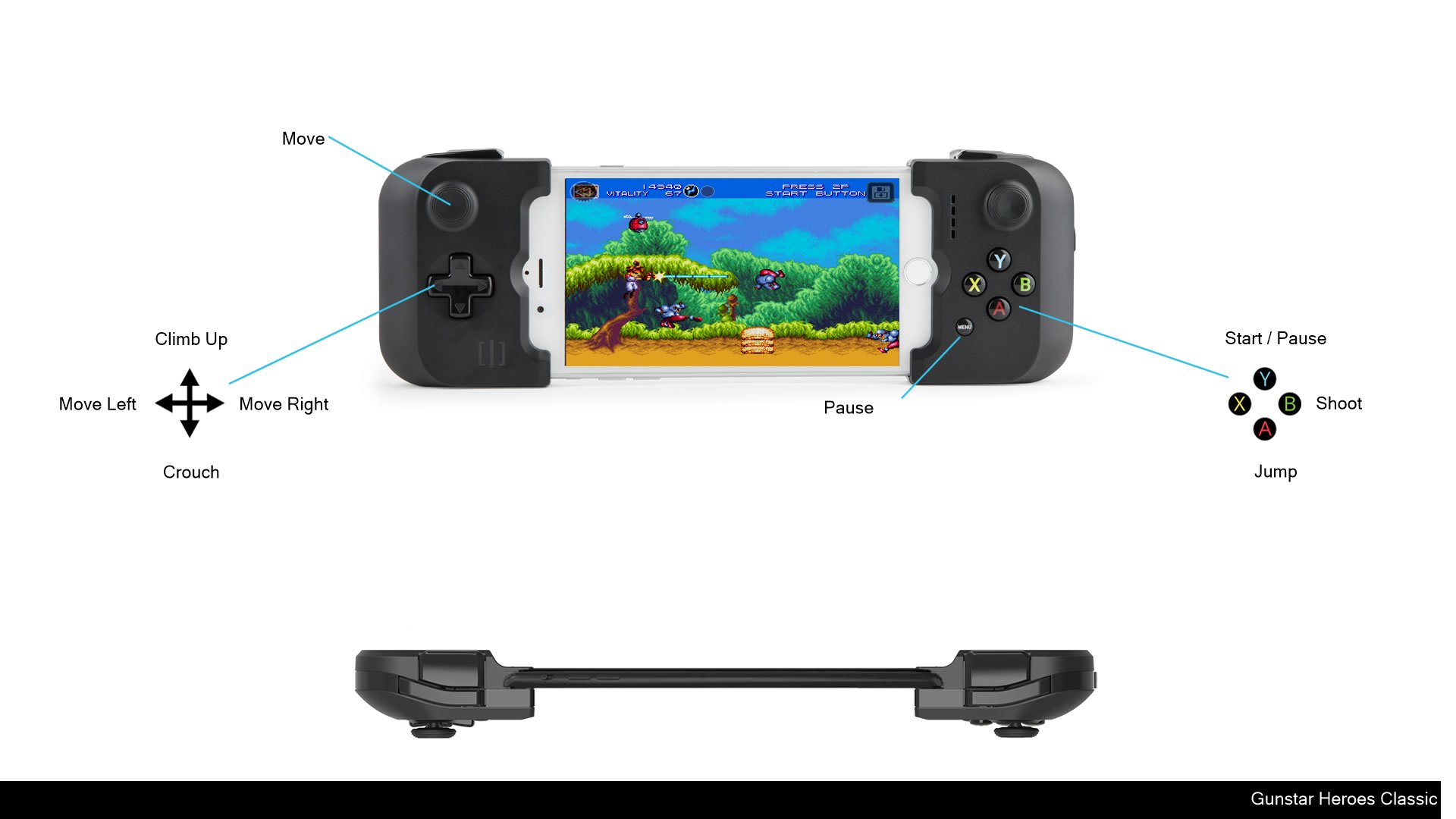 A forgotten lunar super weapon, a totalitarian empire bent on world domination, and an insane General who’ll stop at nothing to bring the planet to its knees – only the Gunstar Heroes can stop him. Play as twin brothers Red and Blue, and embark upon one of the most treasured SEGA gems of all time. Arm yourselves with flame-throwers, homing missiles, and lasers to take the fight to the enemy’s HQ – the dreaded orbital fortress, the Ark!

Gunstar Heroes joins the ever-increasing line-up of ‘SEGA Forever’, a treasure trove of free SEGA console classics brought back to life on mobile!

FEATURES
- Mix and match four different weapon types for a total of 14 firearm combinations
- Local, cross-platform multiplayer over local Wi-Fi
- Grab and throw your partner at enemies for vital hits that don’t take up ammo!
- Seven levels to explore, from an ancient ruin to a vast orbital fortress

GUNSTAR HEROES TRIVIA
- The game went under the working titles of Blade Gunner and Lunatic Gunstar
- This was Treasure's first game of six to hit the Mega Drive / Genesis over a two-year period
- M2, creators of the Game Gear port of Gunstar Heroes, went on to remaster the Mega Drive / Genesis original on 3DS over 20 years after the original release

© SEGA. All rights reserved. SEGA, the SEGA logo, Gunstar Heroes, SEGA Forever, and the SEGA Forever logo are registered trademarks or trademarks of SEGA Holdings Co., Ltd. or its affiliates.;