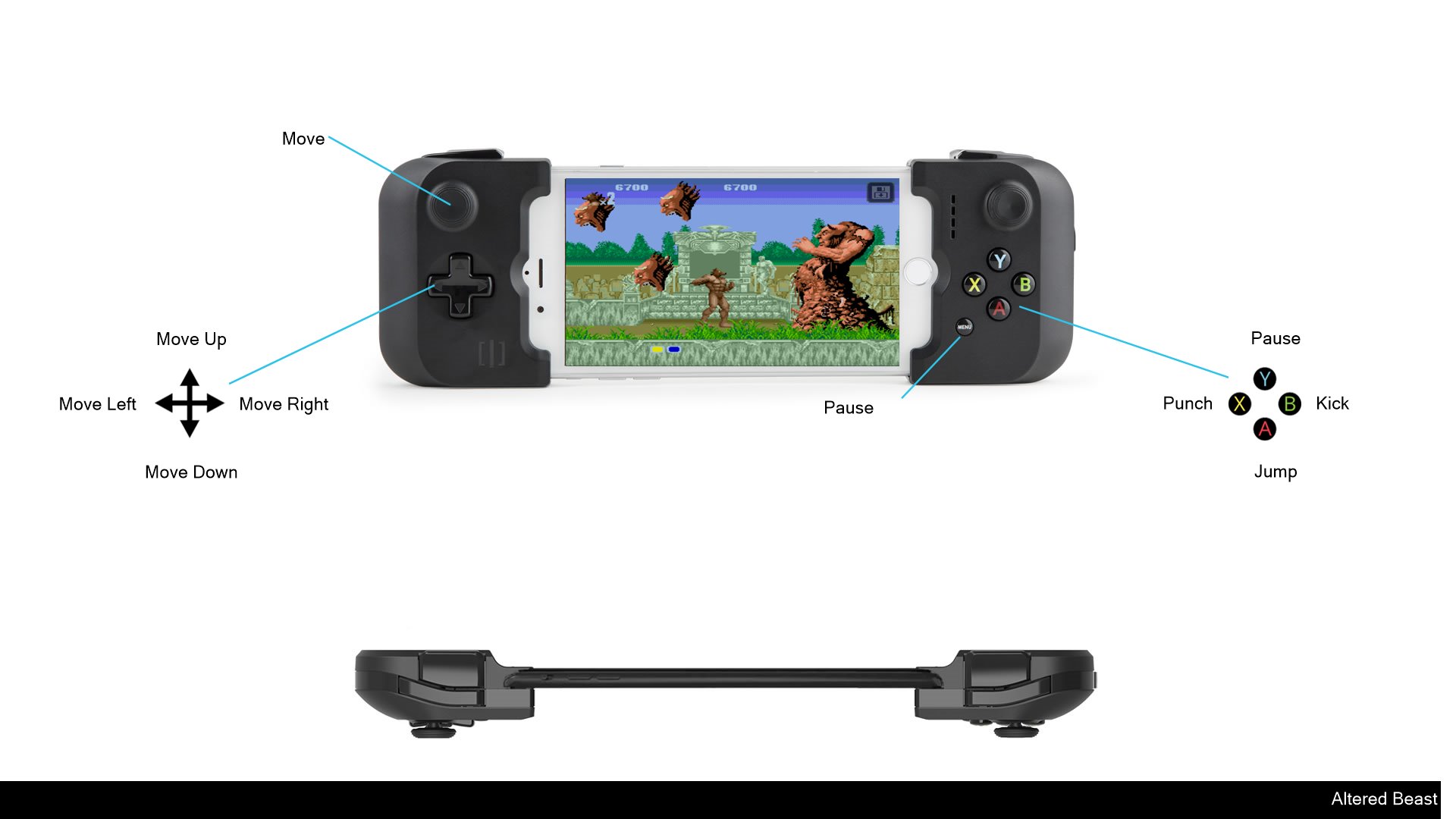 Venture into the underworld in SEGA’s legendary beat ‘em up Altered Beast, now available on mobile. Play free and fight your way through the legions of hell!

Risen from the grave to fight the terrors of Hades – you are the Altered Beast. Morph into killer predators using mystical power orbs, then claw, maul, and hack your way to the depths of hell to rescue Zeus’ daughter, Athena. Combat waves of demons, overcome grotesque boss battles, and tear the armies of the damned limb from limb!

FEATURES
- Five hellish levels of undead terror, each with their own nightmarish boss battles
- Transform into apex predators – morph into a wolf, bear, tiger, or dragon – each with their own devastating attacks
- Collect mystical power orbs to boost your strength and attack power
- Combat demons from the ruins of ancient Greece to the depths of hell
- All cheat codes from the original present and working

TRIVIA
- Altered Beast originally featured twice as many action moves, but these were stripped out to make the gameplay simpler and more fun
- The arcade version’s ending implies the entire game was just a play, with the demons being nothing more than actors wearing monster costumes!
- Neff's Rhino form makes a cameo in Wreck-It Ralph (2012) as a member of the Bad-Anon villains support group

© SEGA. All rights reserved. SEGA, the SEGA logo, ALTERED BEAST are registered trademarks or trademarks of SEGA Holdings Co., Ltd. or its affiliates.;