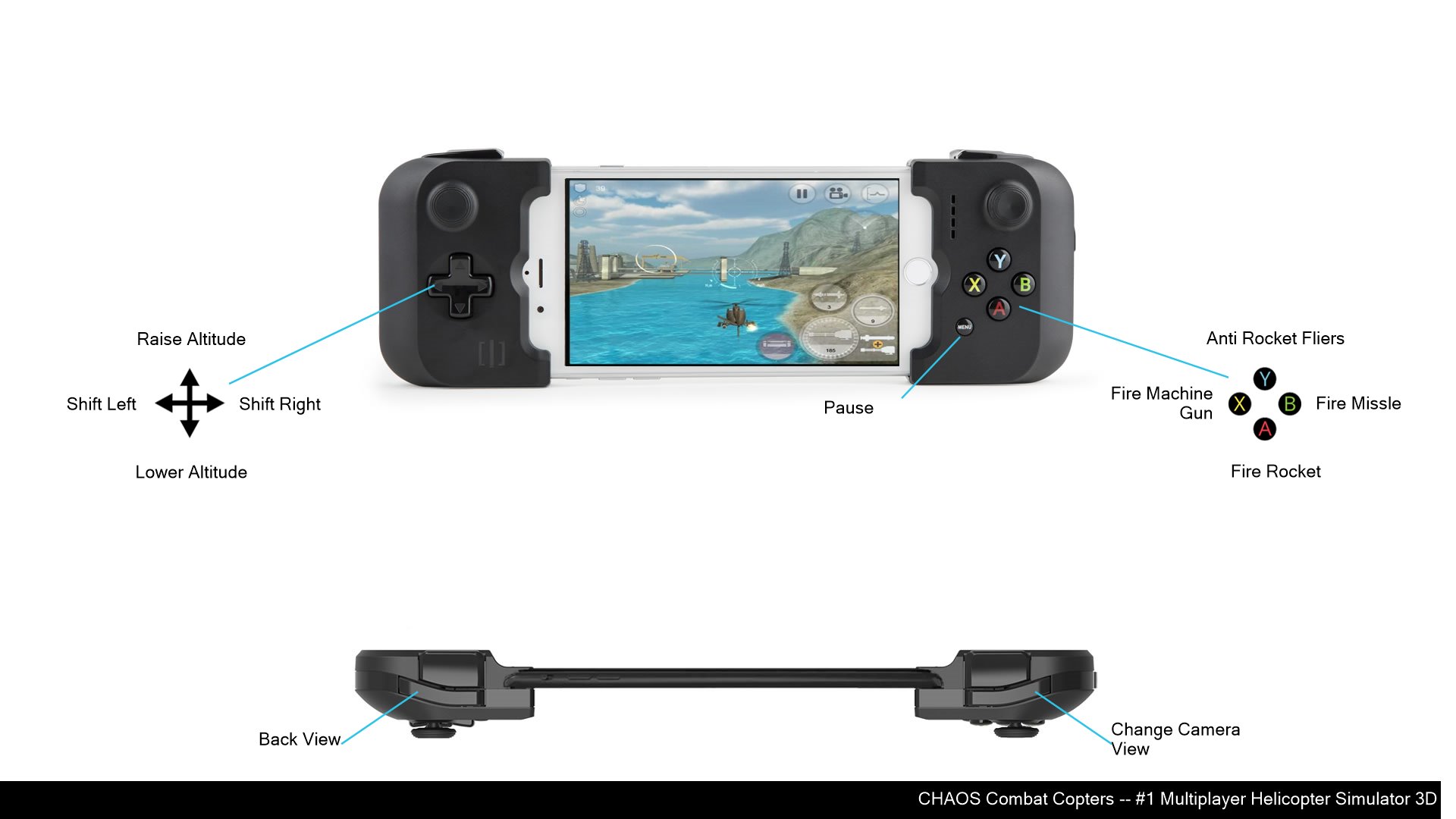 "ENJOY WHAT IS SIMPLY THE BEST MULTIPLAYER HELICOPTER ARCADE ON SMARTPHONES

CHAOS - is a unique opportunity to act online as a pilot of a military helicopter. The game simulator is an unequalled power of a fighting vehicle (like Apache, Chinook, etc.) in your hand. This realistic feeling of flight and the ease of management of a difficult machine are available to an ordinary user.

In comparison with common game-shooters,CHAOS has the advantage of high-detailed helicopter models, true-to-life maps and battle locations, unique sound and visual effects. War is waged not only in the sky: tanks, self-propelled units, ships, submarines, enemy planes attack and makethe game process and dogfight very intense.
Training missions and online battles, regular tournaments and video-recording of dogfights, detailed statistics of battle achievements, loyal system of awards, prizes and various bonuses – and this is onlya part of the conquering world of CHAOS multiplayer.

The War never ends.Si vis pacem, para bellum is a Latin adage translated as, ""If you wish for peace, prepare for war"".