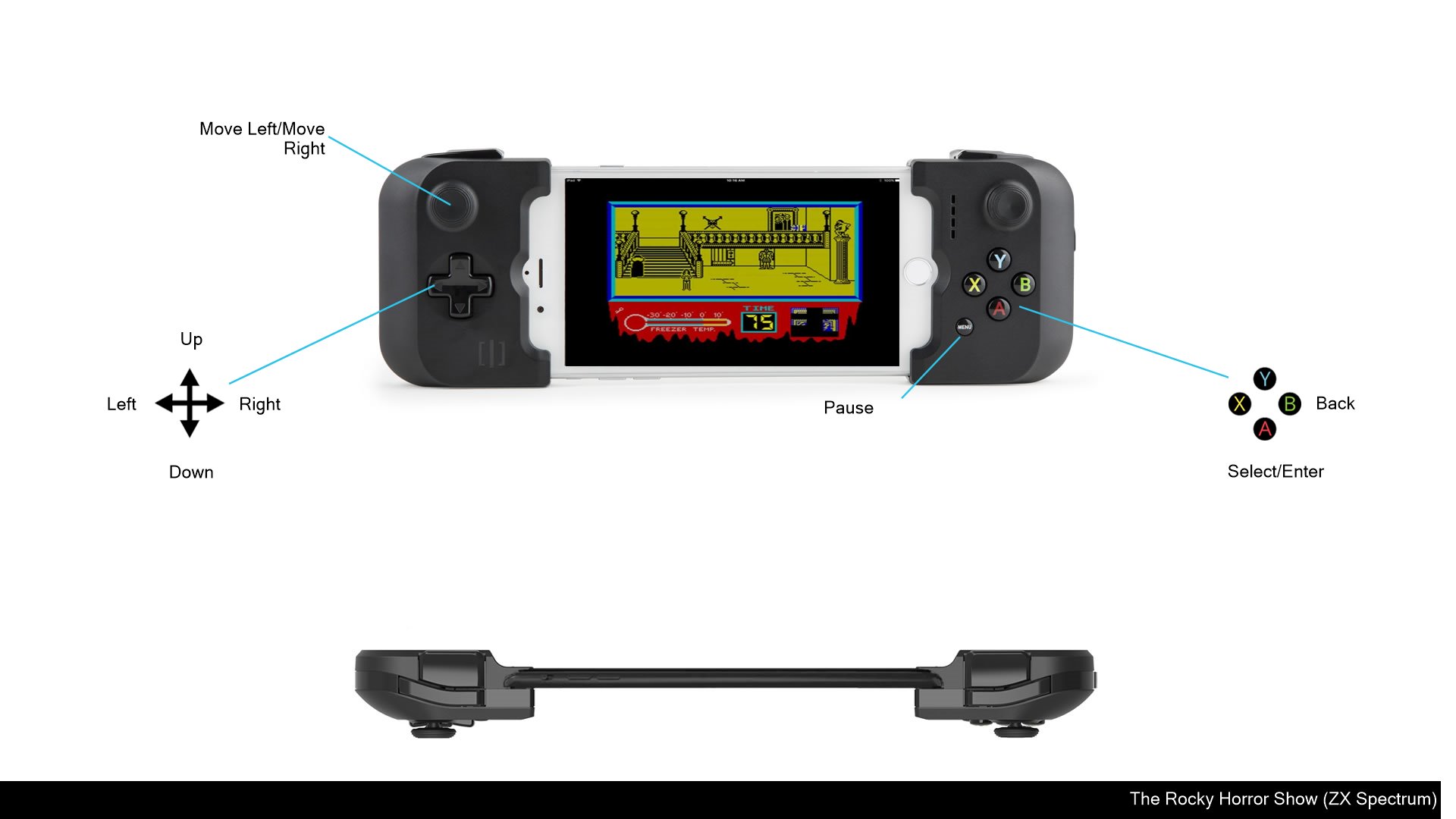 The original ZX Spectrum game of the cult horror comedy stage musical comes to the iPhone, iPod and iPad!

Your beloved Janet (or Brad) has been kidnapped by the evil Dr. Frank'n'Furter who has activated the diabolical Medusa machine to turn her (or him) into stone.

Frank, however, has dismantled the De-Medusa (the only machine that will reverse the petrification process) and has scattered the parts around the castle.

Frankie knows that you will attempt to save your partner, and it amuses him to watch your feeble efforts as you collect the pieces and attempt to activate them!

Time is of the essence as the castle is a disguised space ship and is on final countdown!!!

Frank has a rather strange entourage:
• Riff-Raff, a manic depressive butler
• Magenta, the maid and Riff-Raff's sister
• Columbia, a groupie
• Rocky Horror, a creation
• Eddie, a failed experiment suspended in deep freeze who tends to thaw out occasionally and so needs to be reactivated (also a rocker and boyfriend to Columbia)

Whether or not they are dangerous we'll leave for you to work out.

• Don't go near the bedroom when Frank's about!
• You only have one life, so watch out!
• Most importantly, DON'T DREAM IT, PLAY IT!

NOTE: This is the original 1985 ZX Spectrum game by C.R.L. Group PLC running under emulation with 100% accuracy.;