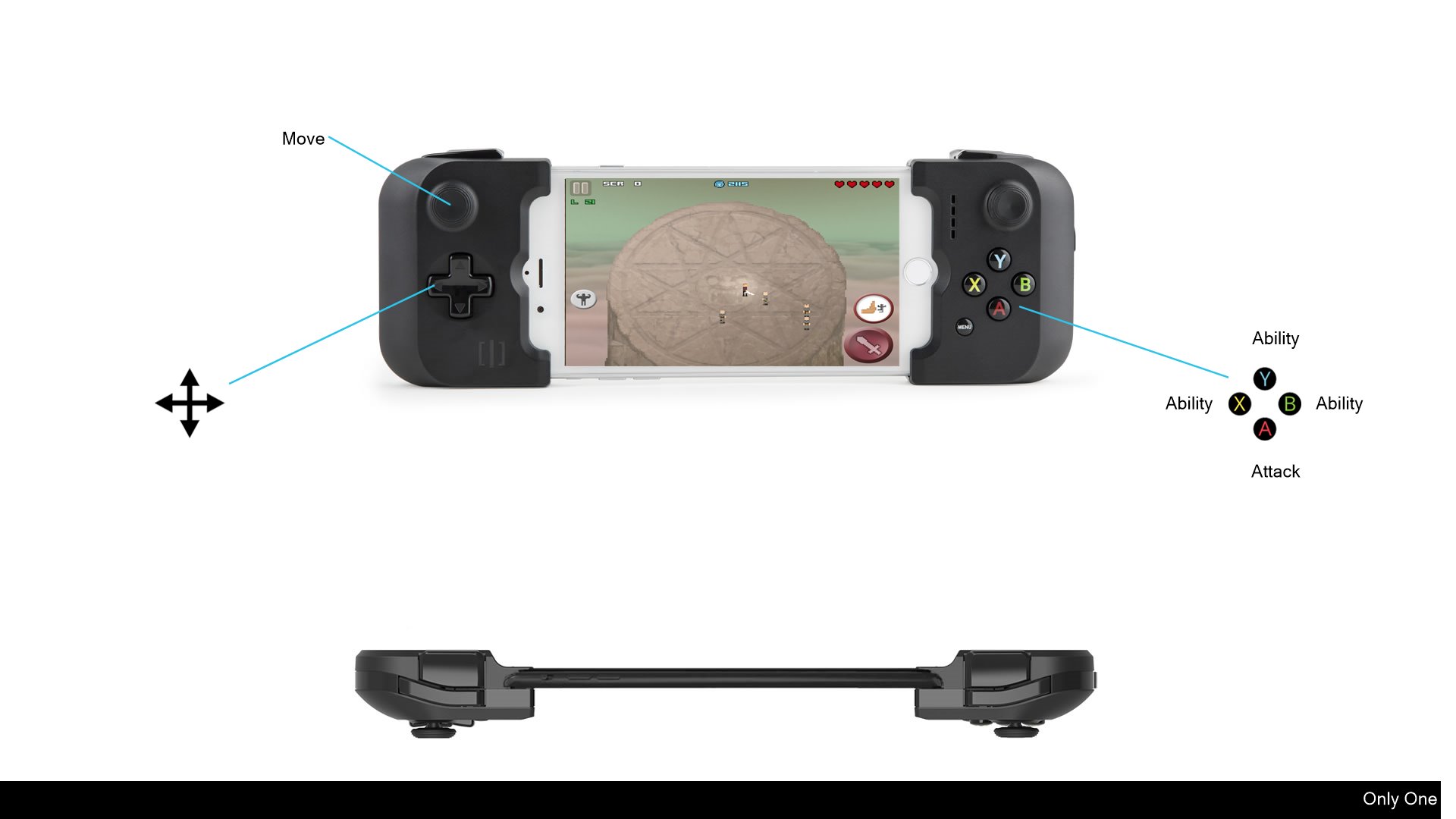 TouchArcade - 4.5/5 "Game with depth well beyond what you would expect"
PocketGamer - 9/10 "A brilliantly paced, sharp-edged brawler "

One of the best hack and slash games on mobile, Only One is an epic arena style sword fighting game where you push and kill waves of enemies off a pillar in the sky with your magical sword. You don't fight for glory, you fight to survive!

Defeat your enemies in gruelling combat or take the easy way out and push them off the pillar to their death down below. Capture enemy shields to block your opponents attacks and use your abilities in strategic and dynamic ways like deflecting fireballs back at the wizard or going in dangerously close and unleashing the whirlwind.

Gain powers and strength with a wide variety of abilities and upgrades. Hack and slash through over 90 waves and 9 bosses as you litter the tiny battlefield with bodies and blood to ultimately become the only one left standing!

• Awesome retro pixel art graphics and music
• Physics based sword combat with parry and shield mechanics
• Upgrade your character over time with better stats and really cool abilities like push, freeze, bubble, inferno, whirlwind and dart
• 100 levels of soldiers, slimes, archers, wizards, loot gnomes, berserkers, skeletons, bats, golems and mini bosses
• Choose and play as multiple character classes
• Push your opponents off the pillar for easy kills and more points or strike them where they stand to get their loot
• Ladder based levelling with checkpoints every 10 levels, score resets each time you die
• Game Center leaderboards
• Floating virtual joystick (go to settings to switch to fixed joystick)
• Endless Battle mode;