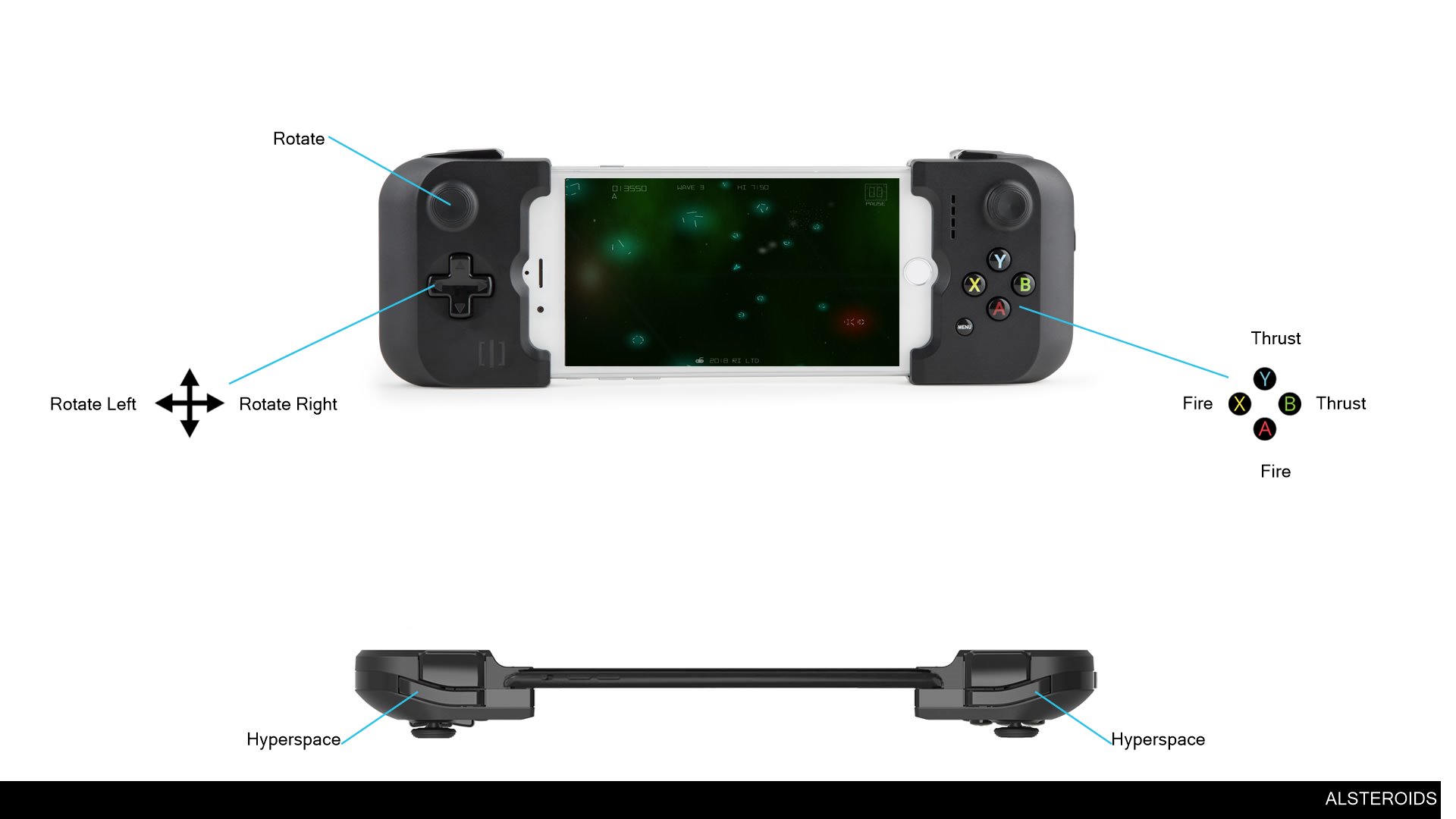 Asteroids Shooting Game
If you are feeling nostalgic for old school, coin-op like, blasting action then Alsteroids should give your trigger finger a work out!

HOW TO PLAY:
This is an endless shooter. Your objective is simple - stay alive as long as possible by shooting and avoiding wave after wave of asteroids ... your reward: a high score and bragging rights on the Game Centre leader boards.

Your ship can be rotated through 360 degrees and can fire photon torpedoes (up to four on screen at a time). Large asteroids can be broken into two medium size ones, which in turn can be shot into two smaller ones. A wave is over when all asteroids have been cleared.

Beware of the saucers! The large type are easy to hit and fire inaccurately, the smaller saucers are a different story... they move faster, are harder to hit and also become devastatingly accurate as the game progresses.

You can use your ships thrusters to move out of the way of an incoming asteroid. Be careful of thrusting too much as there is no inertia in space and you will have to correct your trajectory to stop!

If you find yourself in a no-win situation, you can hit Hyperspace - this will transport your ship to a random position on screen. Hyperspace is a dangerous option as your ship can transported into an asteroid. Also the drive fitted to your ship is a prototype - it has an annoying tendency to randomly blow up.

FEATURES:
• Designed for tablets and phones!

• Vector Graphics (HD) option: This method of drawing the screen is more accurate and closer to the original coin-op. It is the recommended option for tablets and phones with High Definition screens.

• Raster / Bitmap Graphics (SD) option: This method of drawing is faster and also looks better on non-retina. It should be used if the frame rate is dropping below 60 fps on your device

• Parallax Background : On or off.