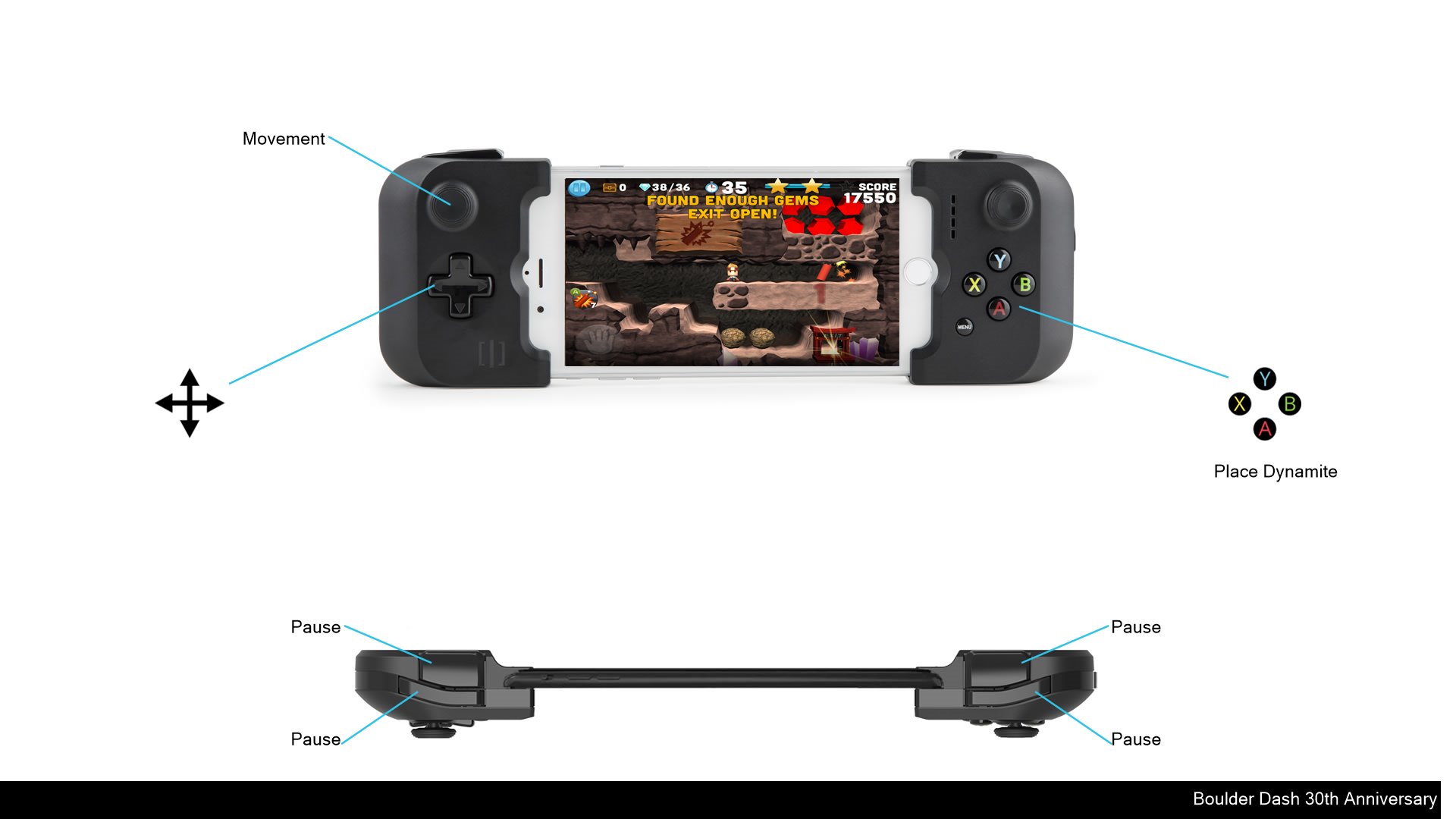 “Boulder Dash-30th Anniversary” featured as a "Best New Game" and "Best New Update" in more than 75 countries worldwide and still getting great reviews!

• "This new version of Boulder Dash both looks and plays really well... I'd definitely recommend downloading and checking out…" – toucharcade.com
• "...the game is still as challenging as it used to be back in the day so you best be prepared if you’re willing to journey through the depths of earth… and celebrate the 30th anniversary of a truly classic game." – touchtapplay.com
• "...an action-puzzler that remains true to the original classic gameplay, with added features and controls that offer a new twist to the game’s many levels, and several new puzzles." – indiegamemag.com

App Store Customer Reviews:
• "This game is tons of fun. I used to play this game on my computer when I was a little kid and this app is updated and different, but done in a way were its actually more fun than the original. But it still has a lot of the original feel." - Sap357

While providing classic Boulder Dash core gameplay mechanics and features, Boulder Dash-30th Anniversary introduces exciting new elements such as diagonal movement, which opens up new and intriguing puzzles while creating a very different and organic look for the caves.

Please Note: Boulder Dash®-30th Anniversary™ is free to download and play, however, some game features and items can be purchased for real money. If you don’t want to use these features, please disable in-app purchases in your device settings.