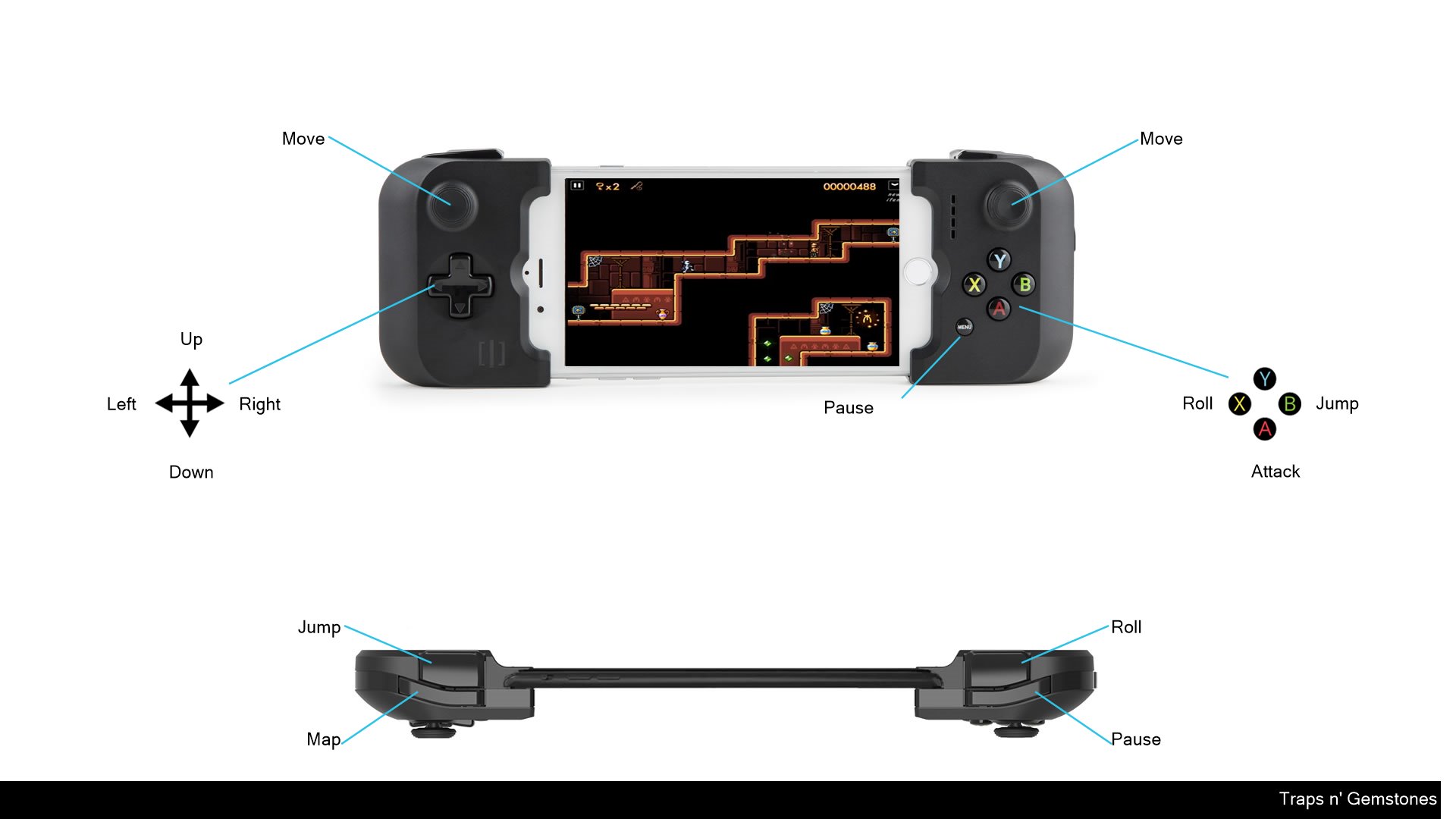 TRAPS N' GEMSTONES is an adventurous platform game, among gamers typically known as the "Metroidvania" genre, from Donut Games, the developer behind chart-toppers Traffic Rush, Sunday Lawn, the "Rat On A" series and many others.

Precious relics have suddenly started to disappear from a well-hid pyramid that has been guarded by Bedouins for generations, who claim to have spotted an unknown perpetrator.
As a freelance archaeologist and expert on ancient explorations, you've been secretly called in to Egypt to help them solve the mystery.

Arriving at the pyramid's entrance empty handed, your journey starts off by searching some well-known chambers for items and weapons to help you on your quest.
But as you get deeper into the pyramid, you begin to realize that this mystery will require more than just a whip, a sharp mind and a good amount of explosives to unravel.

- Easy to use D-PAD controls
- Non-linear gameplay: Walk around and explore freely
- Non-destructive gameplay: When failing, you don't restart from the beginning, but at the entrance of the current chamber
- MAP OVERVIEW: Keep track of visited areas
- INVENTORY OVERVIEW: Keep track of found weapons, items and relics
- VARIETY IN GAMEPLAY: Run, roll, swim, slide, ride mine carts, etc
- NO IN-APP PURCHASES: Buy the game, get everything

- PocketGamer.co.uk: "Traps n' Gemstones has come out of nowhere and whipped us round the chops with its excellence";