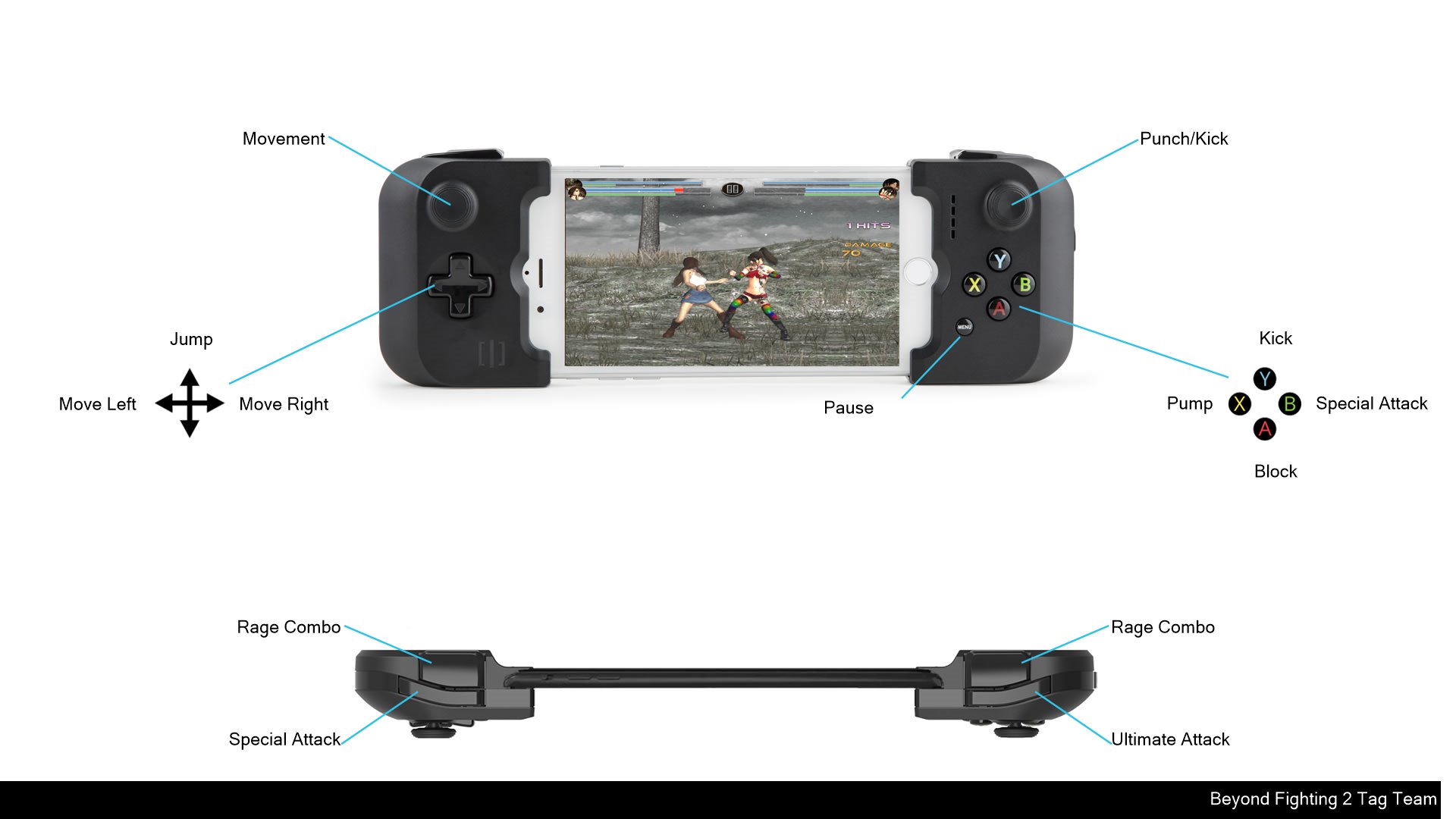 1 VS 1 is not enough? Then get ready for Beyond Fighting 2 Tag Team! Pick your favorite fighters, build up your team and fight through a variety of tag team tournaments!

GAME CONTROLLER SUPPORT
• Support for game controllers built for iOS 7
• Play on the big screen: connect your iPhone to your game controller and Apple TV and play Beyond Fighting 2 Tag Team on any HD TV or Projector