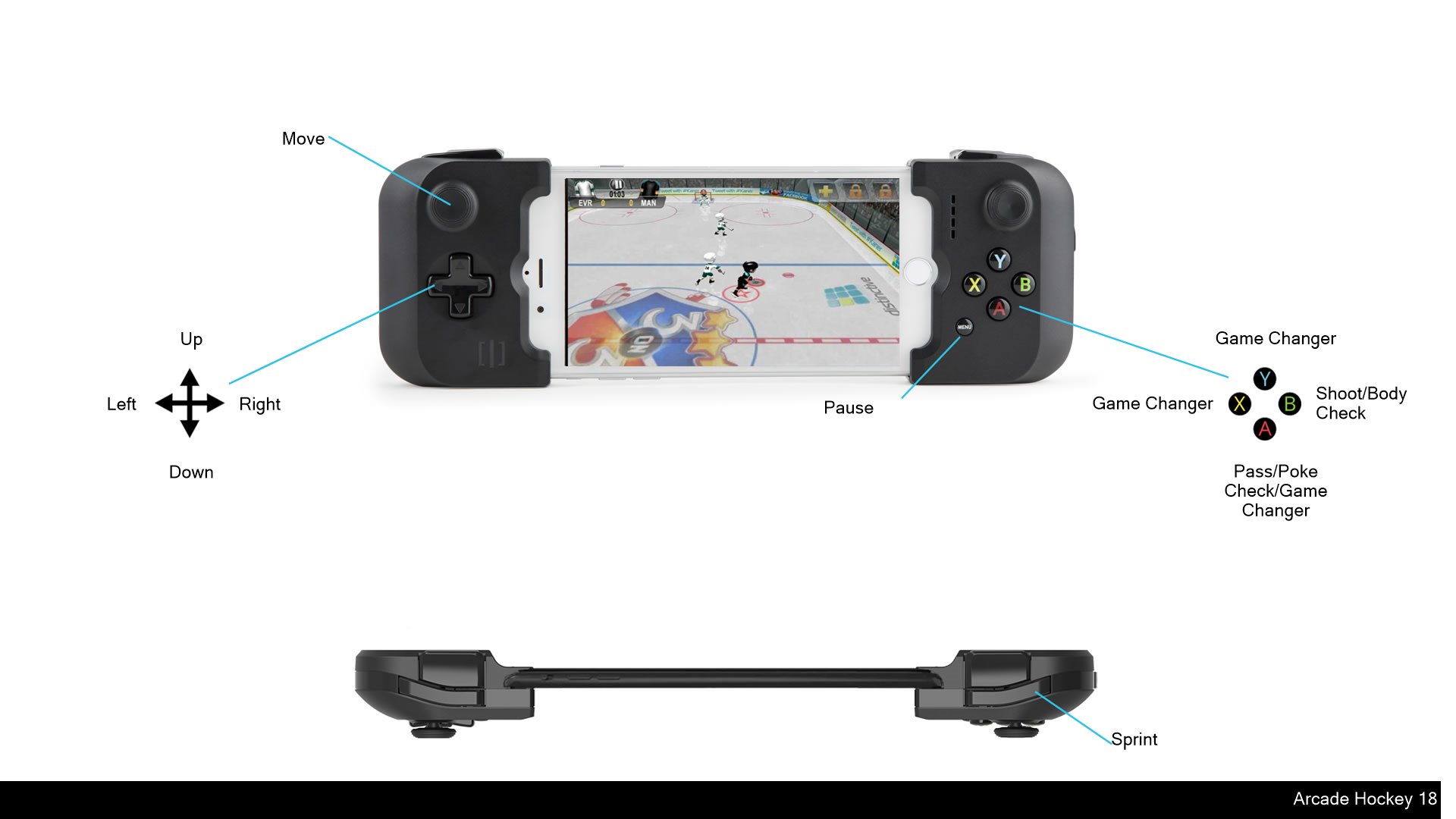 Ditch the rules and rip a slapshot past the goalie in this fun-filled 3-on-3 puckfest with exaggerated 3D visuals, 18 national teams and classic arcade gameplay. Beam your opponents up to another galaxy with eye-popping game changers in the Power Hockey League, all while racking up the cup trophies at home and on foreign land.
Earn coveted cards to unlock extra game modes plus over 40 city teams!

TURN DOWN FOR WHAT?!
Power up and blast off to another dimension in the Power Hockey League, where pucks explode and UFOs collect pesky opposing players. This otherworldly mode comes complete with a variety of power-ups, boosts and custom rinks for a magical game of arcade hockey.

FACE OFF LIKE A BOSS
Give your rivals a cold welcome to the big leagues with twisted wristers and screaming Howitzers all aimed at your opponent’s top shelf. Choose from one of 18 national teams from the get-go and unlock more squads to showcase your hockey prowess on a city level.

CUP RUNNETH OVER WITH TOURNAMENTS
From classic international clashes of the hockey giants to socking it to your city rivals, there’s more than enough glory to be won in the City and Nations Cups.

ALL HAIL THE SOCIAL KING
Claim all the achievements and unlock cards to show the fellow hockey hounds just exactly who runs this rink. Post your achievements on (GameCenter) leaderboards and Facebook to see if your friends can beat you at your own game.