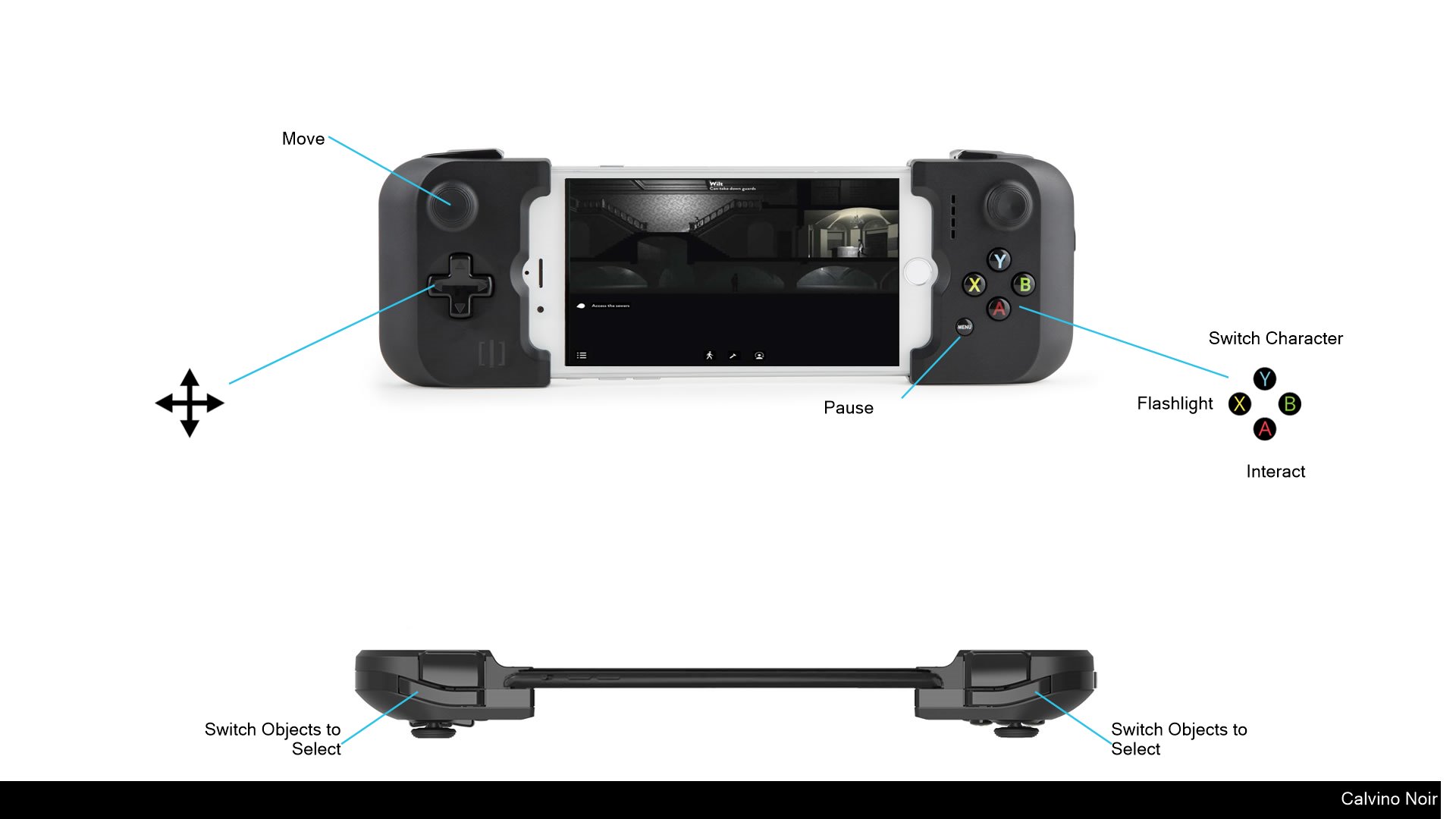 The film noir stealth game. Calvino Noir is the exploratory, sneaking adventure through the 1930s European criminal underworld. Architecture meets Noir as you become unwillingly entangled in a revolutionist plot.

We use Apple's Metal graphics technology to recreate the style of film noir, with it's beautiful high contrast aesthetic to build a world that feels real enough to host the game's dangerous setting.

Acts 2 and 3 are available as in-app purchases.

Inspired by the futuristic dystopian visions of Deus Ex and Blade Runner. Play as a disparate group of last-chancers as they fight for the future of a city sliding slowly into the gutter. Some are broken souls, some are merely damaged - all are fighting to forge a future in an ugly world ruled by those whose hearts are cruel and dark.

- Co-ordinate multiple unique characters with a range of skills.

- Use stealth or brute force to face those that stand in your way.