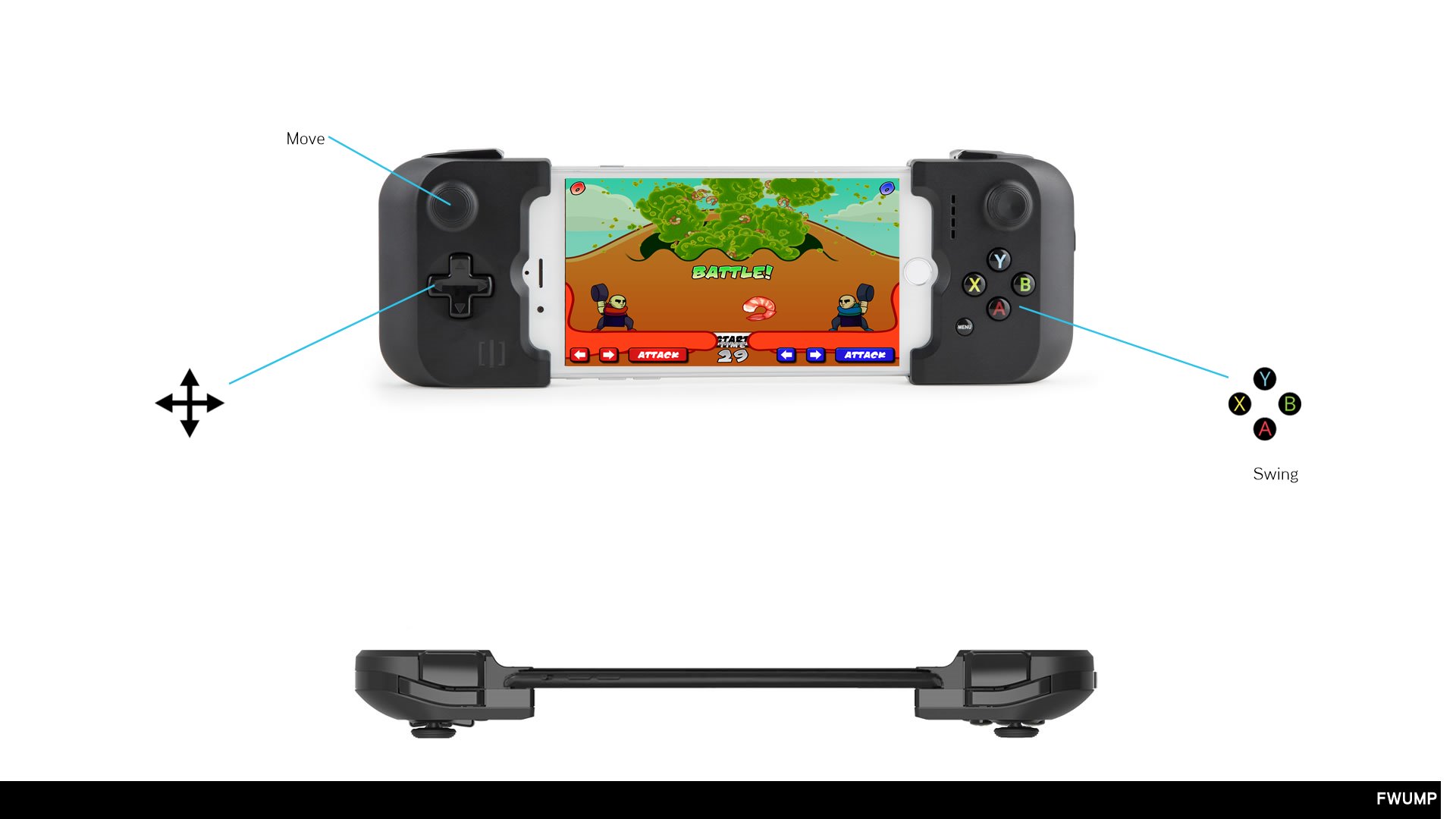 FWUMP is a loveable giant. A living mountain with an insatiable appetite for shrimp. Sometimes this first love has its drawbacks, and FWUMP can't help but let out a volcanic geyser of bile and crustacean on the land below. His pets, two miniature world-class chefs he carries around with him in his hands, engage in an ancient battle of supremacy (while FWUMP is in this fragile, upheaving state) by smacking giant decapods falling from the sky with their cookware and drinking the sweet, sweet bile of their master raining down upon them.

(Warning: This is a party game for two human players only!)
*FWUMP is a two-player game where players hit flying shrimp at their opponent
*Deflect shrimp back at your opponent for increased speed and score
*The player with the highest score when the time is up is the winner
*Bluetooth Controllers supported

This game was originally created for Fantastic Arcade's "Barfcade" Game Jam, with design and programming by Austin Ivansmith, and musical score and sound effects by Jake "Virt" Kaufman.

So grab a friend, go toe to toe, and see who is the true FWUMP master!;