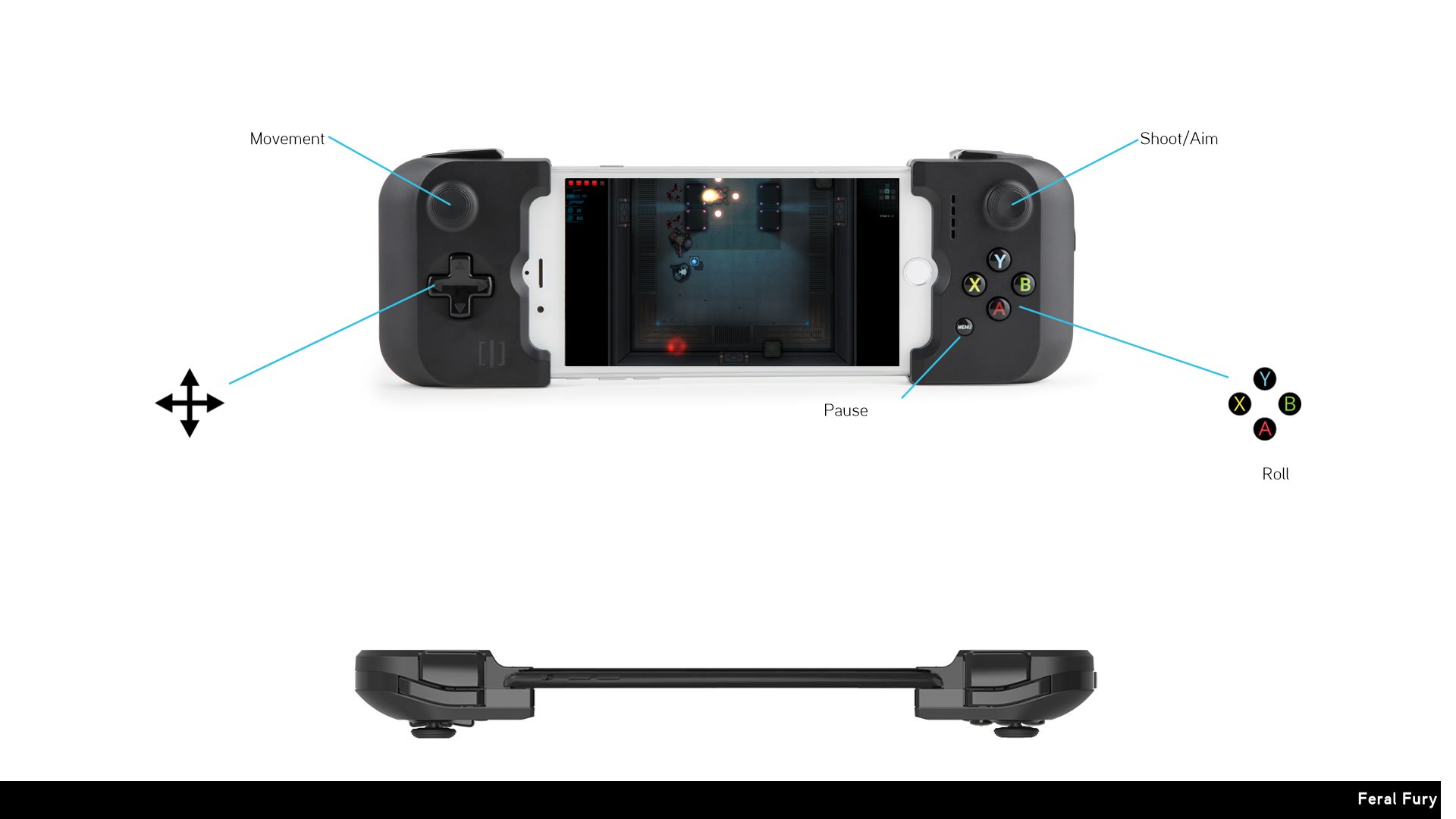 Toucharcade.com 4/5
"Feral Fury is one of the hardest games I've played this year, and I loved every punishing second of it." - 148apps 4.5/5

Story:
Long after humankind perished in the flames of its many wars, the great panda empire and the Hellhog Horde is locked in an endless struggle for galactic domination. Aboard the starship Shaanxi IV, the 3d battalion panda marines are preparing for yet another battle. As the ship's engines power down, admiral Pawgarr addresses the troops one last time;
"May the soil we conquer nurture the holy seeds of the great bamboo."

Feral Fury will only work on devices that have 1GB or more of RAM.;