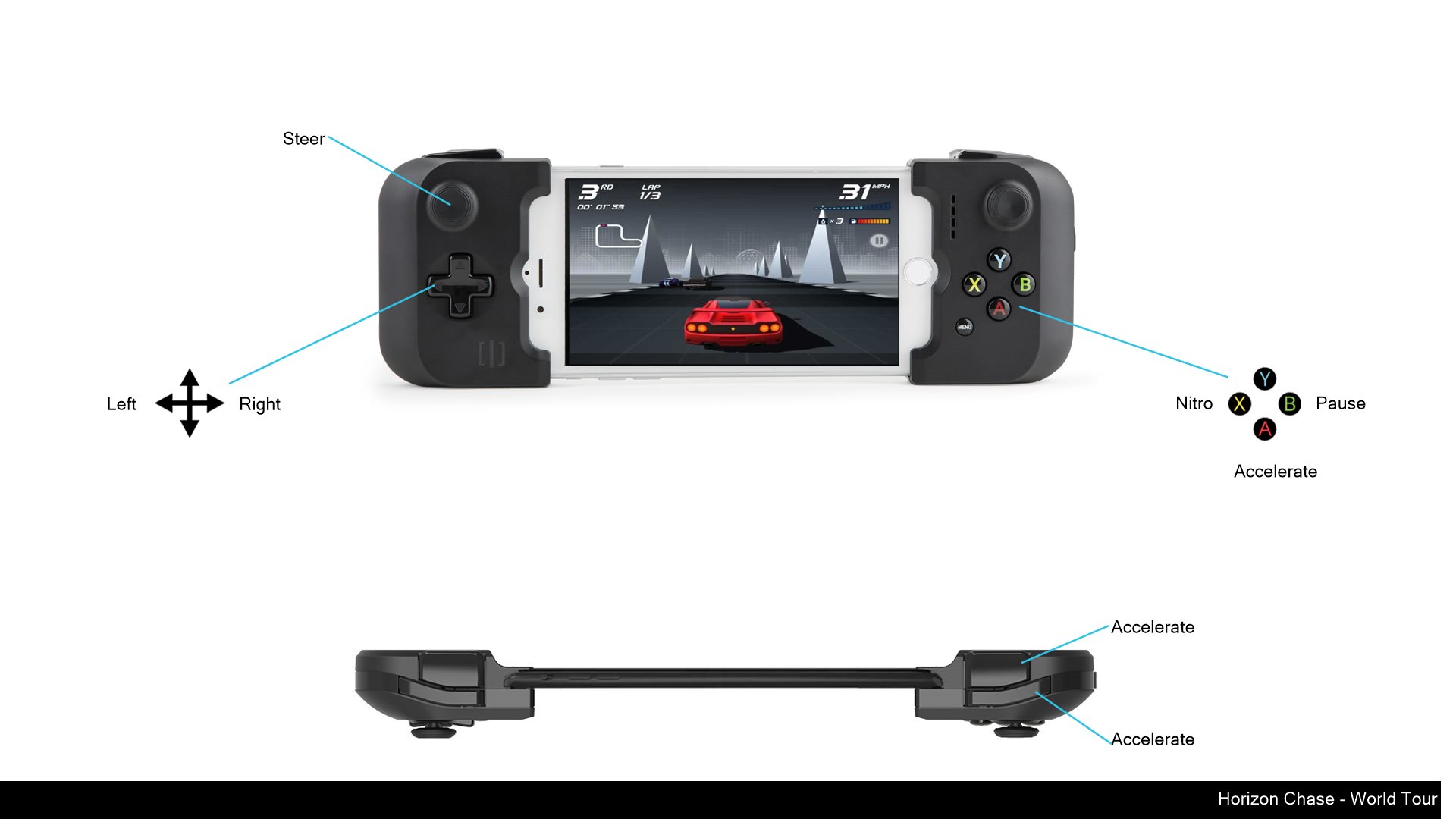 HORIZON CHASE IS A TRIBUTE TO CLASSIC ARCADE RACERS.

This is a PAID game, but you have the opportunity to try it before you buy. Enjoy 5 tracks and 2 cars for free to experience one of the "BEST OF 2015".

• App Store "EDITORS' CHOICE"
Horizon Chase is a love letter to all retro gaming fans. It's an addictive racing game inspired in the great hits of the 80's and 90's: Out Run, Lotus Turbo Challenge, Top Gear (SNES), Rush, among others. Each curve and each lap in Horizon Chase recreate classic arcade gameplay and offer you unbound speed limits of fun. Full throttle on and enjoy!

• 16-BIT GRAPHICS REINVENTED
Horizon Chase brings back the graphic context of the 16-bit generation and creates a style that is inspired in the past without letting go of its contemporaneity. The apparent polygon and secondary color aesthetic accentuate the visual beauty of the game, resulting in a unique and harmonic atmosphere. You'll feel the retro soul of the game on a completely modern body.

• A TOUR THROUGH THE WORLD'S HORIZONS
Horizon Chase is a race around the world. With each new cup you'll pilot your car through extraordinary places, watching the sun setting, facing rain, snow, volcanic ashes and even severe sandstorms. Be it day or night each track takes place in beautiful postcards from across the world.