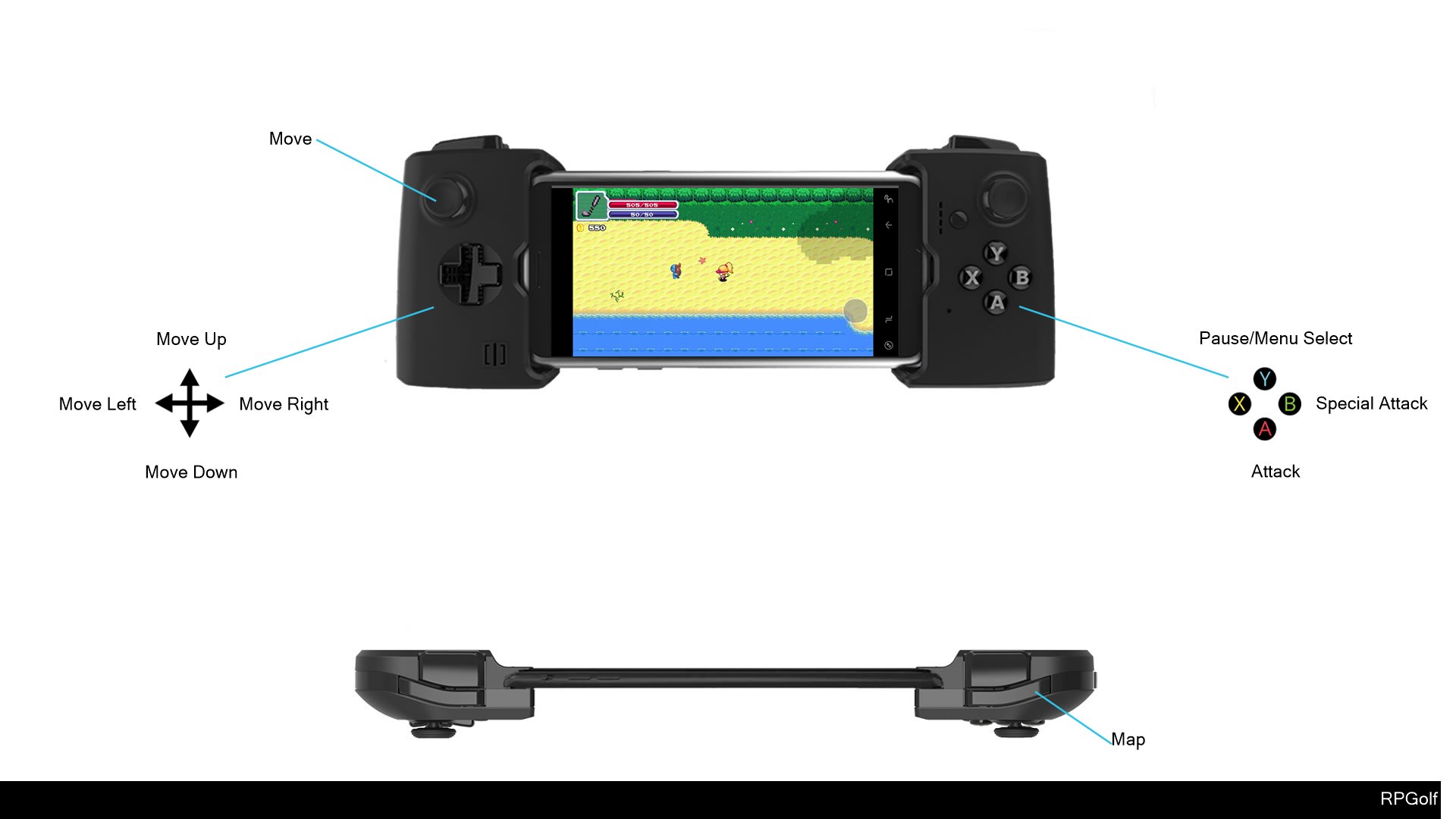 Once upon a time, the kingdom was a land of peace, harmony, and an all-consuming passion for the greatest sport - GOLF. Everyone in the land played day and night, and soon the kingdom itself was turned into the most beautiful course the world had ever seen. The land was happy. The land was good.

Until the monsters came...

In its obsession with golf, the people had become complacent, leaving the kingdom open to attack. Hole by hole, dungeon by dungeon, the monsters emerged and drove the people off the course. And a great sadness fell across the world.

Then one day, a brave girl appeared, determined to play the finest course in the world. Armed only with her golf club, she would set forth to play the nine legendary holes. But first, she would need to rid the land of the monsters...

RPGolf is an exciting blend of classic JRPG with 8-bit golf. Relive the nostalgia of the classic gaming age, but in an exciting new mash-up that combines the best of both worlds.
Key features include:
* Retro gaming graphics to transport you back to the 80s.
* Simple, intuitive controls enable you to battle, golf, and explore the world.
* 9 holes of golf, ready to be discovered across the world map.
* Dungeons filled with treasure and danger!
* Deadly boss fights.

RPGolf seamlessly blends golf and RPG into one addicitve game. Battling monsters will level you up, allowing you to hit the ball further. Discovering new clubs and gloves scattered around the world will improve your golf game, and also give you the edge in combat. By blending 2 game styles together, RPGolf creates a brand-new take on both, unlike anything seen before.;