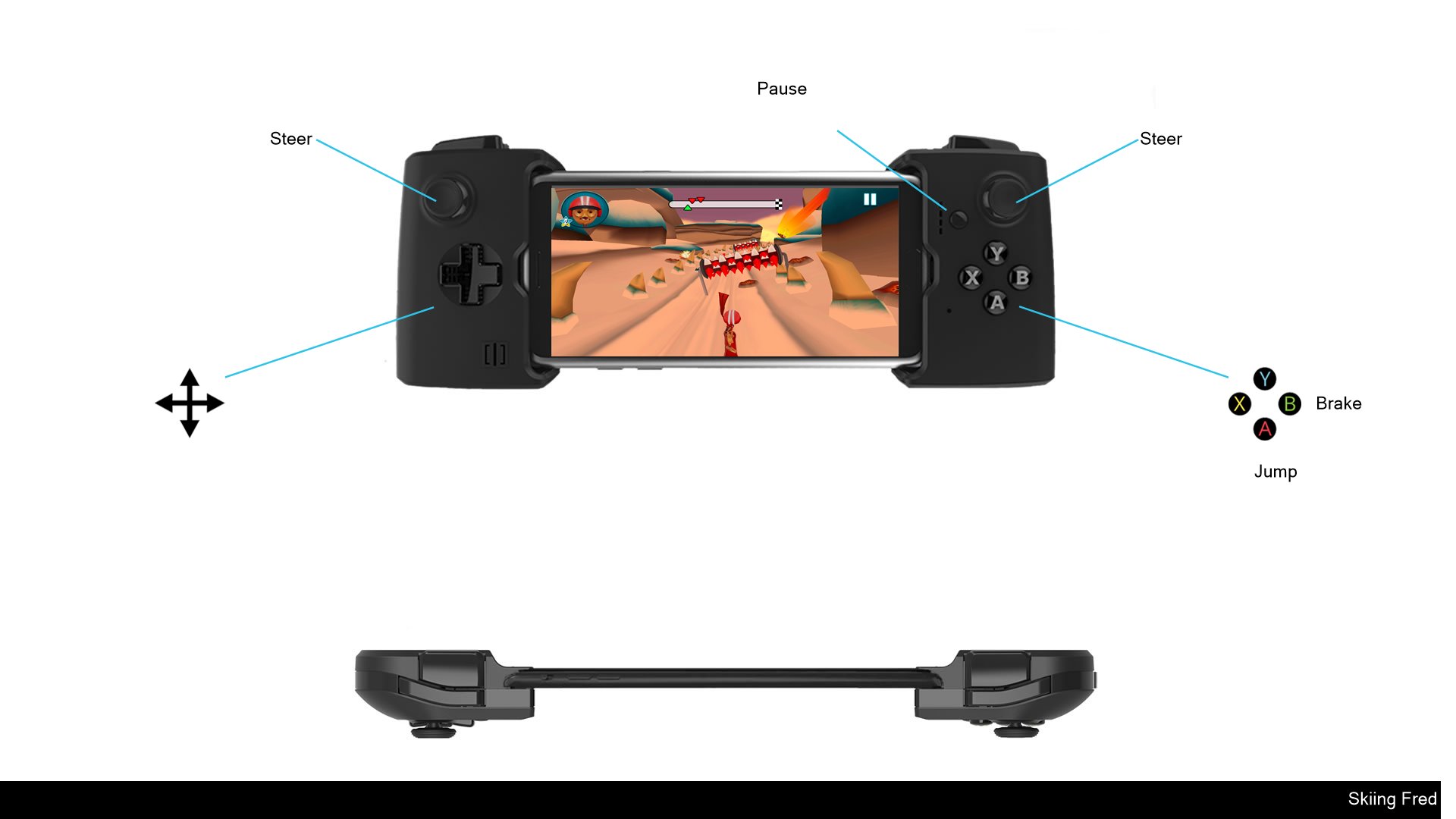 As featured in TegraZone...

The more dangerously you slide, the bigger the reward! Slide turbo-speed, dodge and drift through Fred's trap-ridden world as he escapes Grimmy Reaper.

☣ Free-style control system unlike any other game
☣ Compete and help your friends!
☣ Customize and gear up your character!
☣ Massive Cooperative Missions
☣ Tons of insane vehicles
☣ Dozens of traps and enemies
☣ The best Fred Game ever!

A sequel to Falling Fred and Running Fred, Skiing Fred is an over-the-top action-sports game featuring a unique free-movement system that allows you to take control of the action and perform true skill-based special moves.

Get daring! Get creative! Get an edge over your friends or get them to help you beat massive Challenges destroying any enemies on your way. You'll be facing of extreme storms, apocalyptic meteor showers and blinding blizzards.

Whether looking to beat a friend's record, complete missions, unlock achievements o get that particular item set collection, Skiing Fred packs a full load of fun for everyone!

☣ Play it best on NVIDIA SHIELD! ☣

☣ Has controller support for SHIELD. ☣