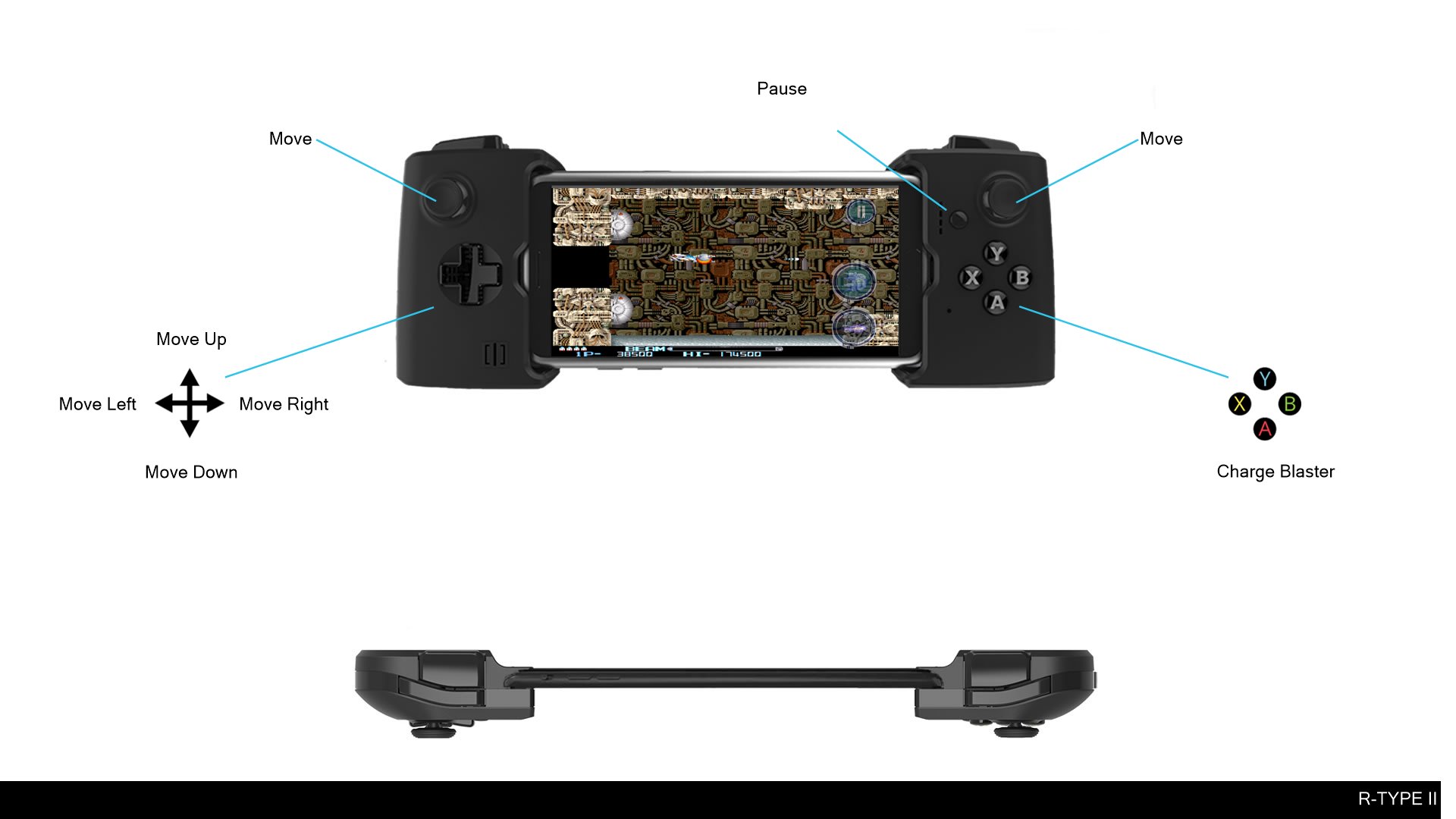 WITH ORIGINAL FEATURES
• Unlock six levels each with its own unique boss.
• Upgrade to new weapons, power-ups, and attachments to fight wave of enemies.
• Keep original graphics or choose improved ones thanks to filter and scanline options