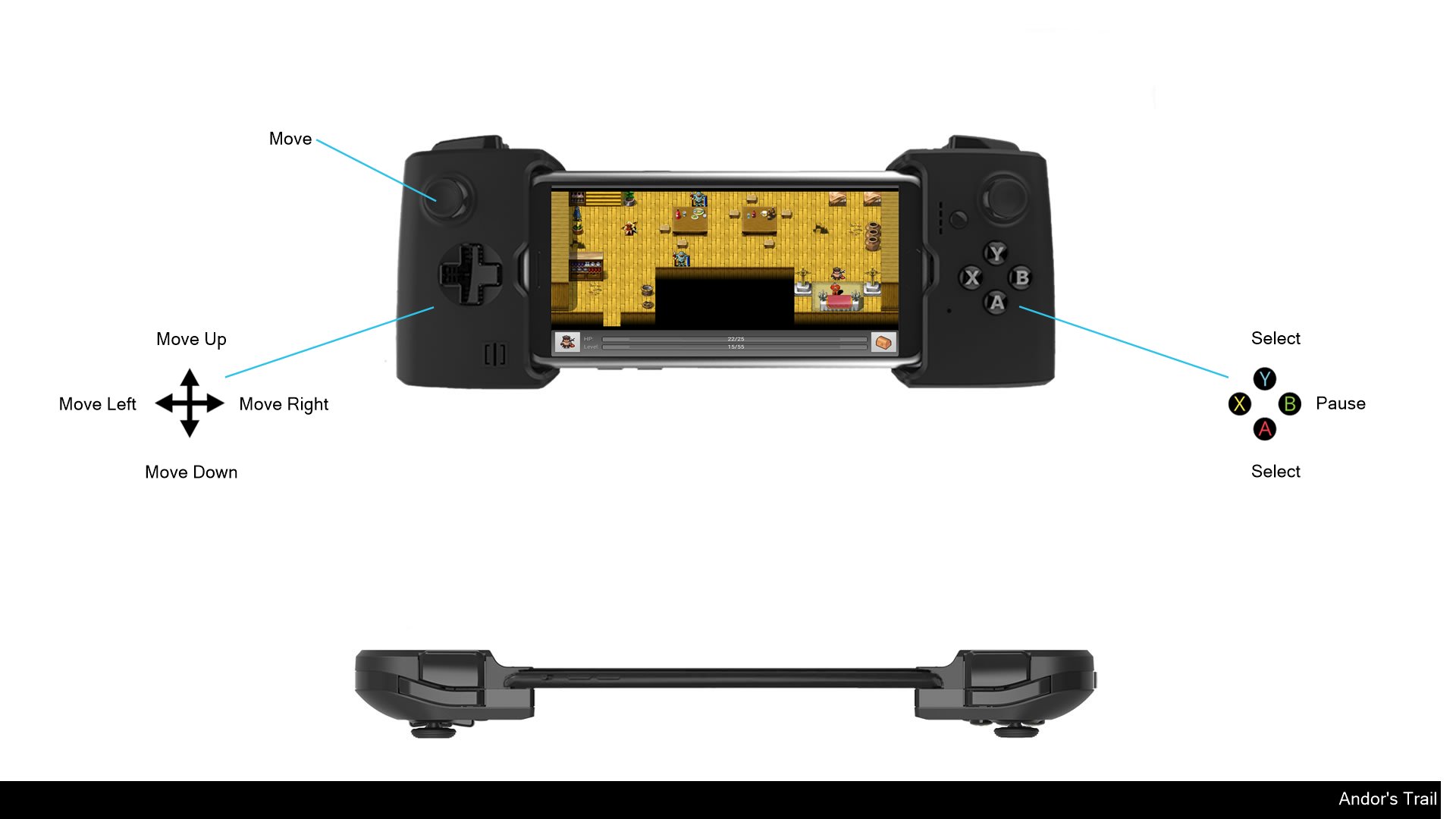 Explore the world of Dhayavar looking for your brother Andor in this quest-driven fantasy RPG inspired by old-school classics like Ultima, Rogue and Legend of Zelda.

Battle monsters in turn-based combat, become stronger through level ups and skills, choose from a wide range of equipment, interact with numerous NPCs, visit shops, inns and taverns, search for treasure, and solve quests to follow the trail of your brother and uncover the secrets of the powers at play in Dhayavar. With luck, you may even find a legendary item!

You can currently visit up to 497 maps and complete up to 63 quests.

The game is completely free. There is no payment to install, no ads, no in-app purchases, and no DLCs. There is no internet access required, and it can run on all versions of Android from 1.6 (Eclair), so it should run on any device, even low-end oldies.

Andor's Trail is open-source software, released under the GPL v2 license.
You can get the sources from https://github.com/Zukero/andors-trail

Game translation is crowd-sourced on https://hosted.weblate.org/translate/andors-trail

Andor's Trail is a work in progress, and while there is a lot of content to play, the game isn't completed. You can participate in the development or give ideas on our forums too!

If you wish to participate, we have released a content editor called ATCS, downloadable for free from www.andorstrail.com that makes it possible for anyone to create new material and expand the game, with no coding required! If you like the game, you can join others that have already created some of the content in the current release. You can see your own ideas come to life in a game that hundreds of thousands of people have played!
*This requires a PC (Windows or Linux) or a Mac. See the forums for details regarding content creation.

Visit our forums on www.andorstrail.com for help, hints, tips and general discussion. We love our community's feedback!