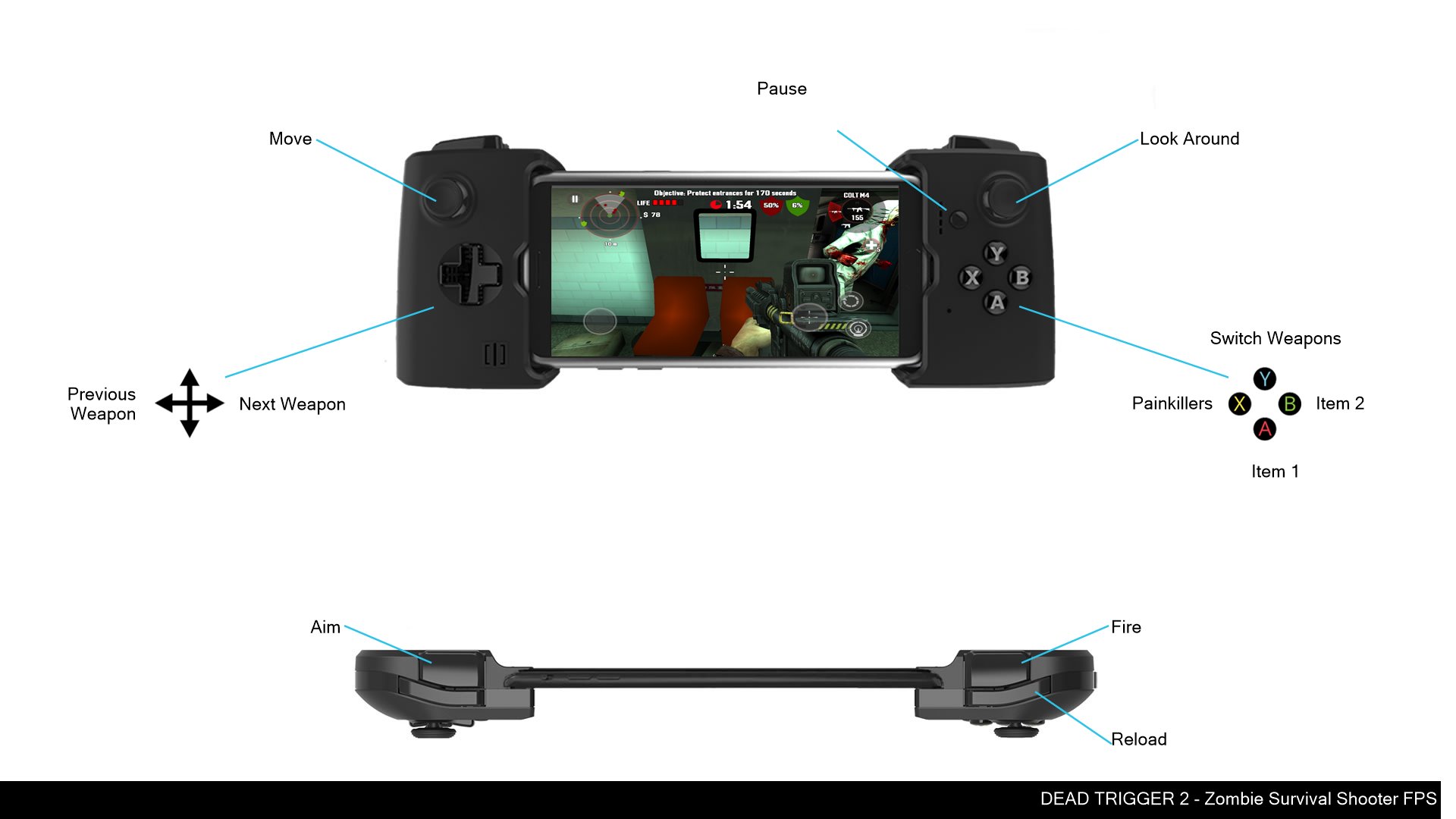 A lethal virus is spreading throughout the world producing human mutation and threatening our specie with extinction. Now the survivors of this plague have joined the Global Resistance and must fight against this unstoppable mortal infection with everything they have. Get ready for the assault: It is time for you to rise up and fight for your survival in a zombie apocalypse in this heart-stopping first person shooter adventure!

Choose from an insane arsenal of FPS sniper combat gun weapons and fire against the evil walking undead invasion in terrifying environments around the globe!
Immerse yourself in different types of operations including Story, Global Mission and Side Quests. Dead Trigger 2 celebrates 100 Million Downloads with free gifts and offers for you!

• Battle your way through ten regions and plan a strategy for 33 different arena battlefields. This zombie shooting FPS is full of evil action!
• Become a zombie shooter with 50 types of gun weapons. Sharpen your target aim shooting skills and take out every dead zombie rival with a bullet to the head!
• Trigger the action with more than 600 gameplay war scenarios, including Solo Campaign, Global Mission and Side Quests. Complete FPS sniper achievements in this survival battle against death!
• Learn military squad tactics for the combat in the zombie apocalypse FPS battleground!

Explore target locations, shoot and kill the undead horror in survival environments with different sniper guns. It is urgent to stop the death massacre: Plan your FPS shooting attack strategy in the arena and turn yourself into a hero against the unkilled zombie invasion!

• Brutal dead zombie rivals action adventure - Some of the easier to kill dead zombies might be a soft target for a shooter to attack, but you’ll need more than one shot for a formidable array of dead bosses.
• Awesome FPS sniper gun shooting weapons to battle against injustice. Your mission is to survive this evil apocalypse!
• Zombie shooter time story development - Join the Global Resistance against zombies and tune in to stay informed as the global gameplay develops, where the actions of every single combat can directly influence the tide of war. Stay alive and unkilled as much as you can in this action adventure!

• FPS Zombie War Tournaments for Real Prizes - Get ready for some death combat action in our sniper shooting battlefield! Go to war with players from all over the world in the mortal first person shooter Arena!
• Choose between a touch control target shooter system, an enhanced virtual joystick for FPS zombie survival soldiers or console gaming.
• Explore your personal hideout and meet the Gunsmith, Scientist, Smuggler and Engineer. They will help to target the sniper attack in this shooter zombie survival invasion as you can unlock incredible gun weapons and gadgets.