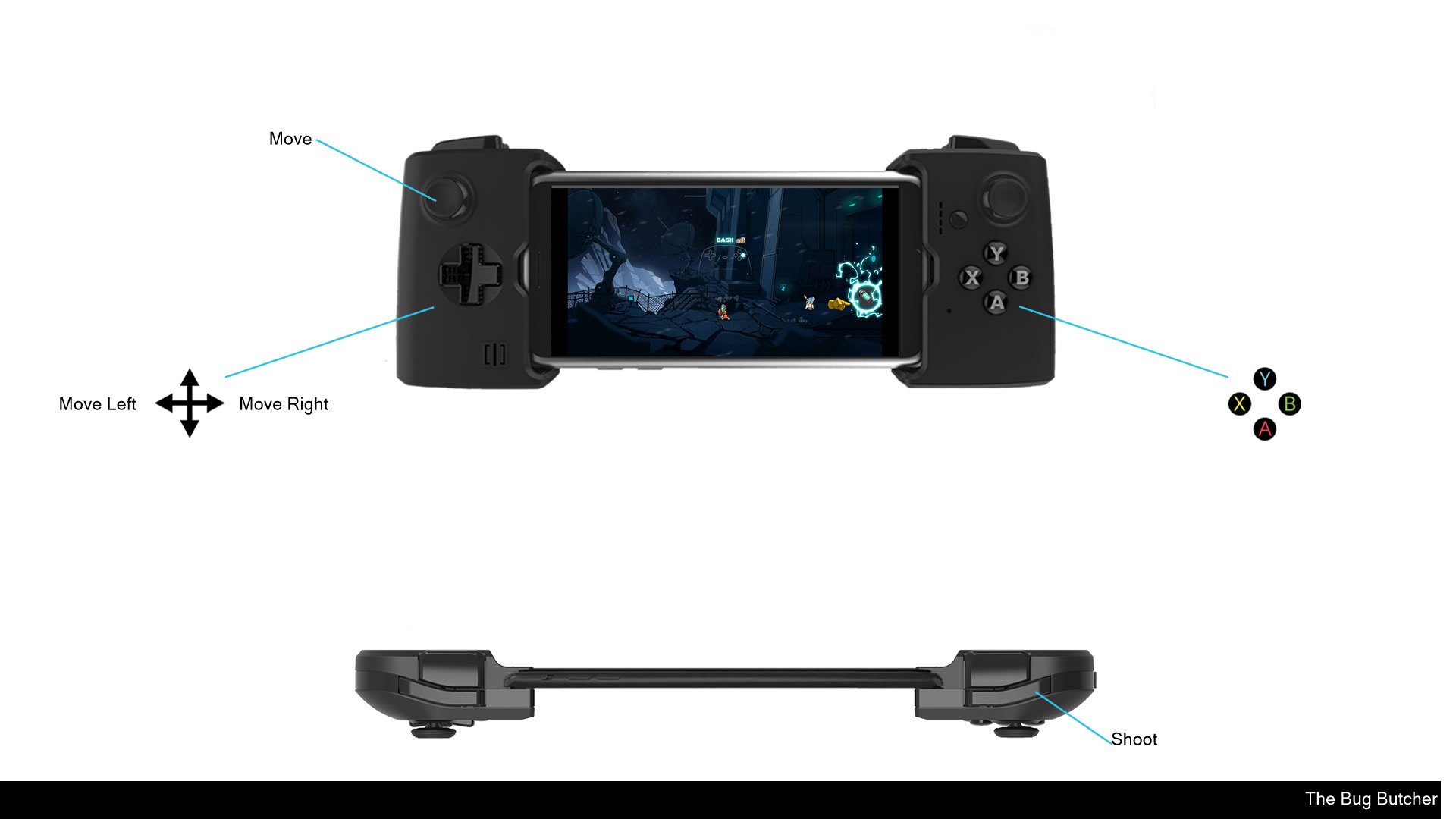 *** WARNING. DUE TO INTENSE GRAPHICAL AND PERFORMANCE REQUIREMENTS THE BUG BUTCHER IS NOT RECOMMENDED FOR DEVICES WITH LESS THAN 2GB OF RAM. ***

The Bug Butcher is an intense action shooter, wrapped in stylistic 2D art, and smeared with juvenile humor where timing and fierce reflexes are paramount in protecting your fragile squishy body! The gameplay has an extremely simple core mechanic that is easy to understand, but hard to master. Plus, who doesn’t love a universe where you wield a beefy arsenal of military grade weaponry.

The core mechanics hold old ties from the classic arcade shooters, where you shoot vertically, but with modern day twists. You are Harry, a brash and tenacious exterminator who has a knack for decimating bugs.

Harry’s current assignment takes him to the infested futuristic research facility on planet Zoit. The surviving and dwindling number of scientists employed him for his slaughtering skills. Harry’s mission: survive until the decontamination of the building is complete, hoard coins like his life depended on it, and protect the scientists at all costs. Watch out for the spiders as they have a particular fondness for rubber encased scientists. After landing, you will move from room to room through the facility blasting rockets, lasers, and wielding the power of lighting upwards at anything not human.;