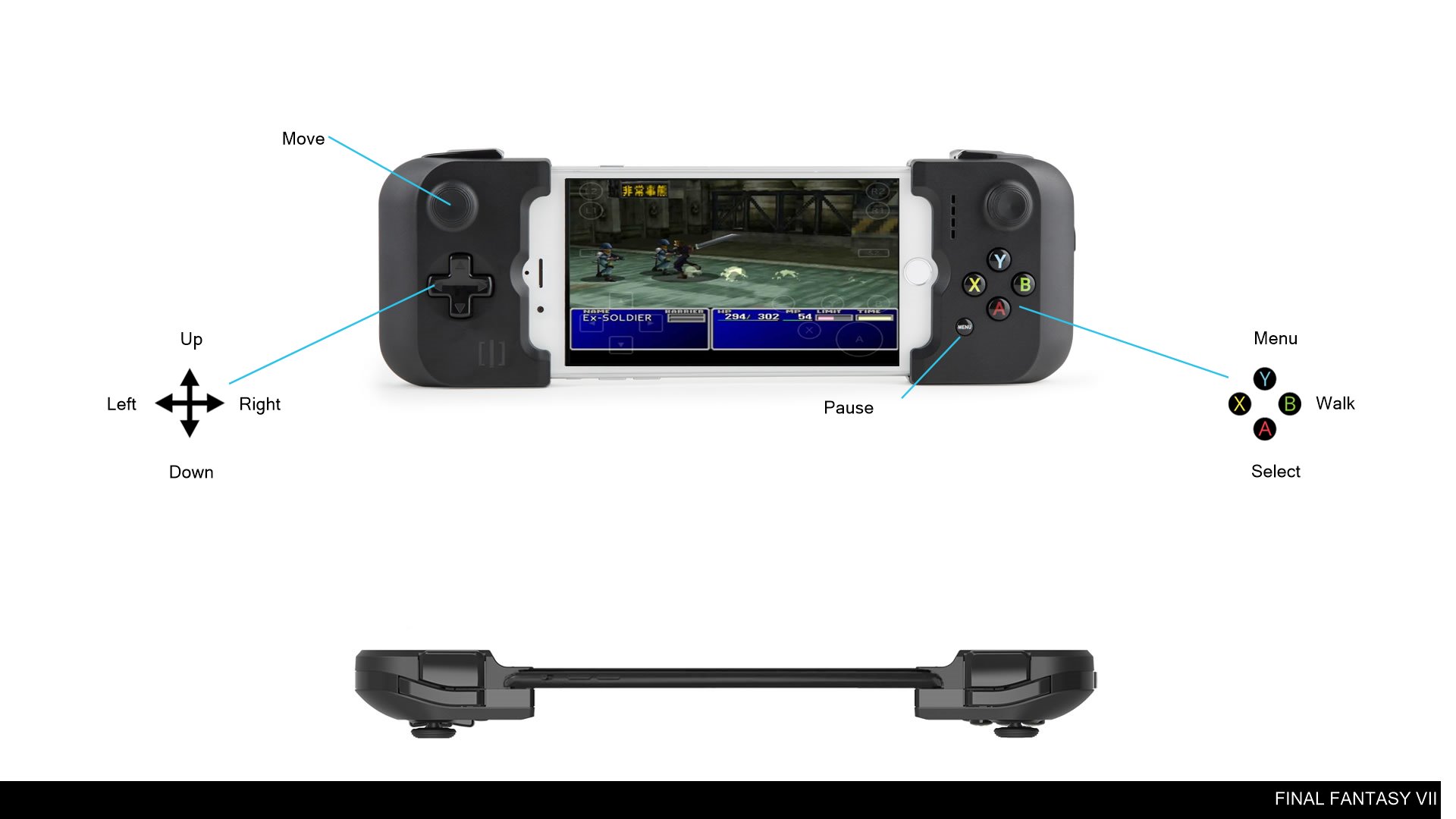 Supported OS:
iOS 8.0 or later
*Please be aware that users may experience problems, such as exceptionally slow running speeds, if running this application on devices other than those outlined in the recommended hardware section. Such devices are not suited to playing this game and there is a chance of unforeseen errors occurring if running it on them.

The first Final Fantasy to feature 3D backgrounds and CG movie scenes, this dramatic tale continues to be loved by numerous fans around the world. Battle stages also appear in full 3D for the first time, bringing an even greater sense of awe and spectacle to combat!

Customize your characters in any way you like using the fantastic “material” system that allows endless combinations of spells and abilities.

This product is a port based on Final Fantasy VII for PC (No changes or additions have been made to the story).

With its unshakeable monopoly over Mako energy production, the evil Shinra Electric Power Company holds tight to the reigns of world power.
One day, a Mako reactor serving the sprawling metropolis of Midgar is attacked and destroyed in a bombing raid by a revolutionary group calling themselves Avalanche.
Cloud Strife, a former member of Shinra’s elite “Soldier” unit takes part in the raid as a mercenary hired by Avalanche and sets events in motion that will draw him and his friends into an epic struggle for the fate of the planet itself…

Special features for the iOS edition

- Play using a simple and comfortable virtual controller designed not to obscure the action, choosing between virtual analogue or fixed 4-way digital control pad options. The opacity of on-screen controls can also be adjusted from the Config Menu.

- Two new features to make play easier and more convenient!
The iOS edition also includes an option to turn enemy encounters off on the world and area maps (will not skip event battles) and a Max Stats command to become all-powerful in the blink of an eye.