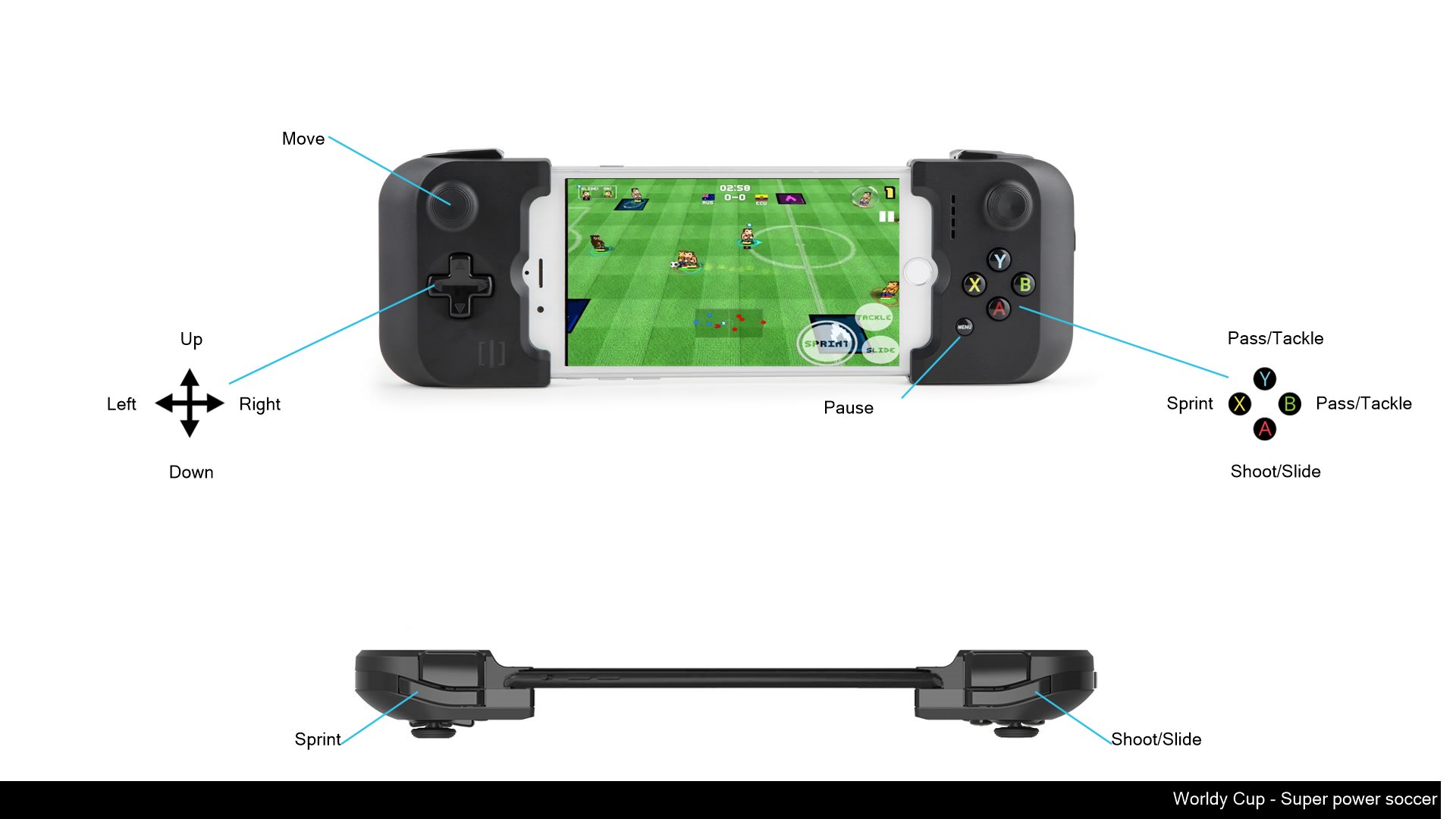 Worldy Cup: Awesome oldschool arcade soccer on your iPhone, iPad, Apple TV and Mac (and multiplayer across all of them!)

Unlock wild soccer field sceneries to play on the moon, mars, an ice field, during a meteor storm and many others.

Worldy Cup World Cup Tournament and VS Match modes can be played single and multiplayer (up to 6 players). For wifi multiplayer use mfi gamepads or other iOS devices as controllers (showing the full game view on all devices)

Wifi Multiplayer using several devices:
-Download Worldy Cup on the Apple TV and all your iOS devices.
-Start the game on all devices
- Start tournament or vs match mode on one device (and choose the amount of players you want)
-Choose join game on all other devices

*sprint button:
keep it pressed to sprint, though it depletes sprint energy as you sprint so in between you should not use it and stand still to recharge it. It also recharges a bit when you collect coins and it recharges fastest when you stand still while having the ball.

Collect bubble shields from the powerup fields. They will protect you from opponents some and you can also deflect supershots of opponents with them, just run into a supershot with a bubble shield

Fußball, football, soccer, no matter how you call it, Worldy Cup is a one of a kind version of it focussed on action and fun, especially in multiplayer!