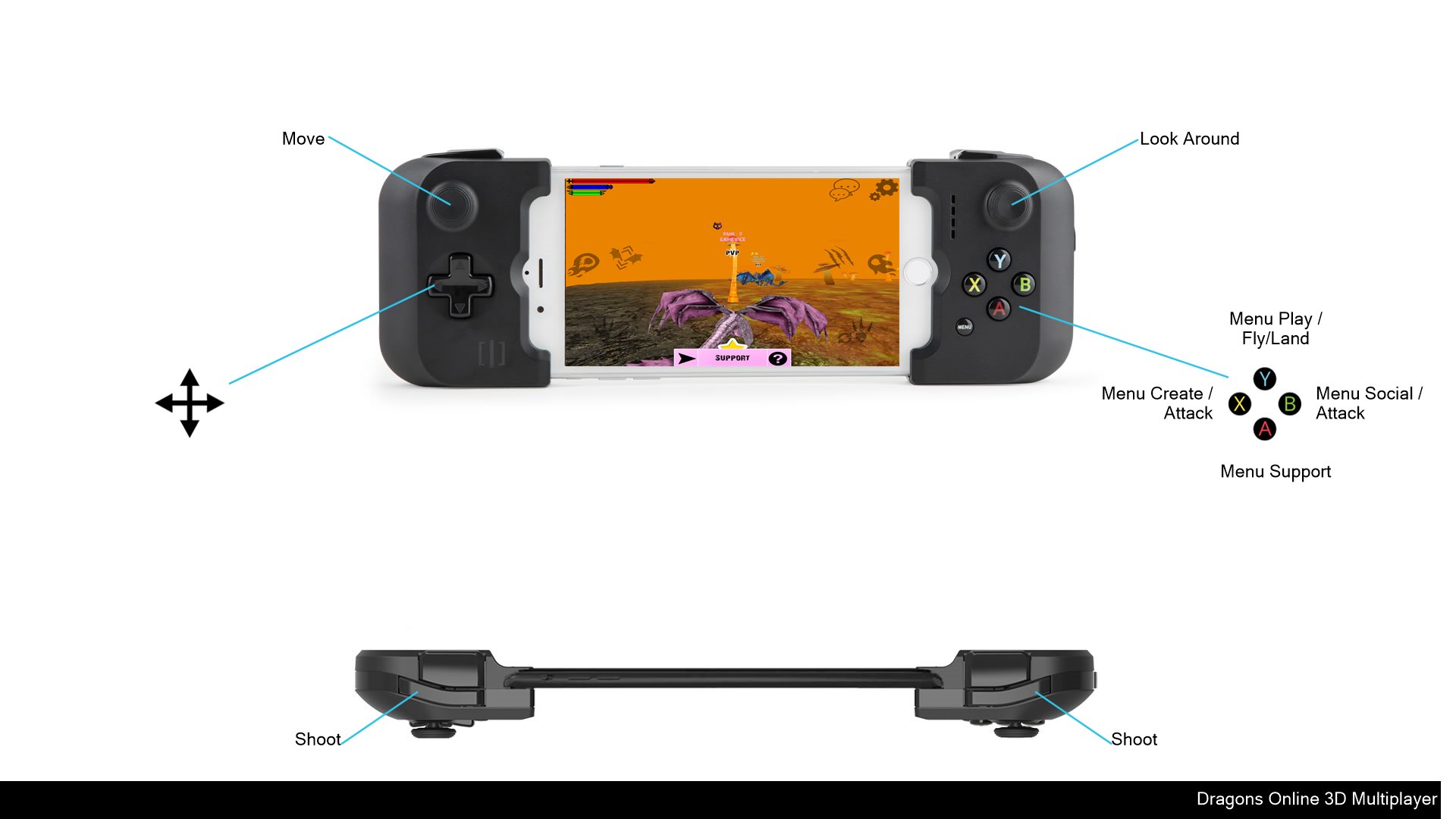 - Create your 3D avatar, change its tail, trails, hats, and colors, or use the 'Skin Scanner' to create your own custom Dragon skins!
- Rank up and increase your stats to make your character faster and stronger!
- Huge amounts of customisations and options for both the Game and your Dragon.
- Carry eggs and claim Nests, stand near or shoot them to mark your Territory!
- Fly through the Air and Run on the Ground in 7 Big Beautiful maps! Including an Underwater environment!
- (PVP) Player vs player optional, can be turned on/off so you can focus on role playing or fighting the Enemy Fairy, Dragons, Phoenix, Tripod and Cave worms instead of players.
- Includes in-game chat.
- NPC's for quests and hatchling editing.
- Hatch a baby Dragon!
- Dress up and role play as your own unique Dragon with players around the world!
- Pose Cam added, take pics of your dragon in the real world!
-Special Free DLC Skin, changes often!
(changes often, for events, requested or made by players!)

- Cheaters and players using bad Language will be banned from all my games, you have been warned !
(Changing files to gain an advantage over other players is cheating, not hacking.)

- Created and run by one person, thanks for playing and supporting me! ^_^ - Steve the Developer.;