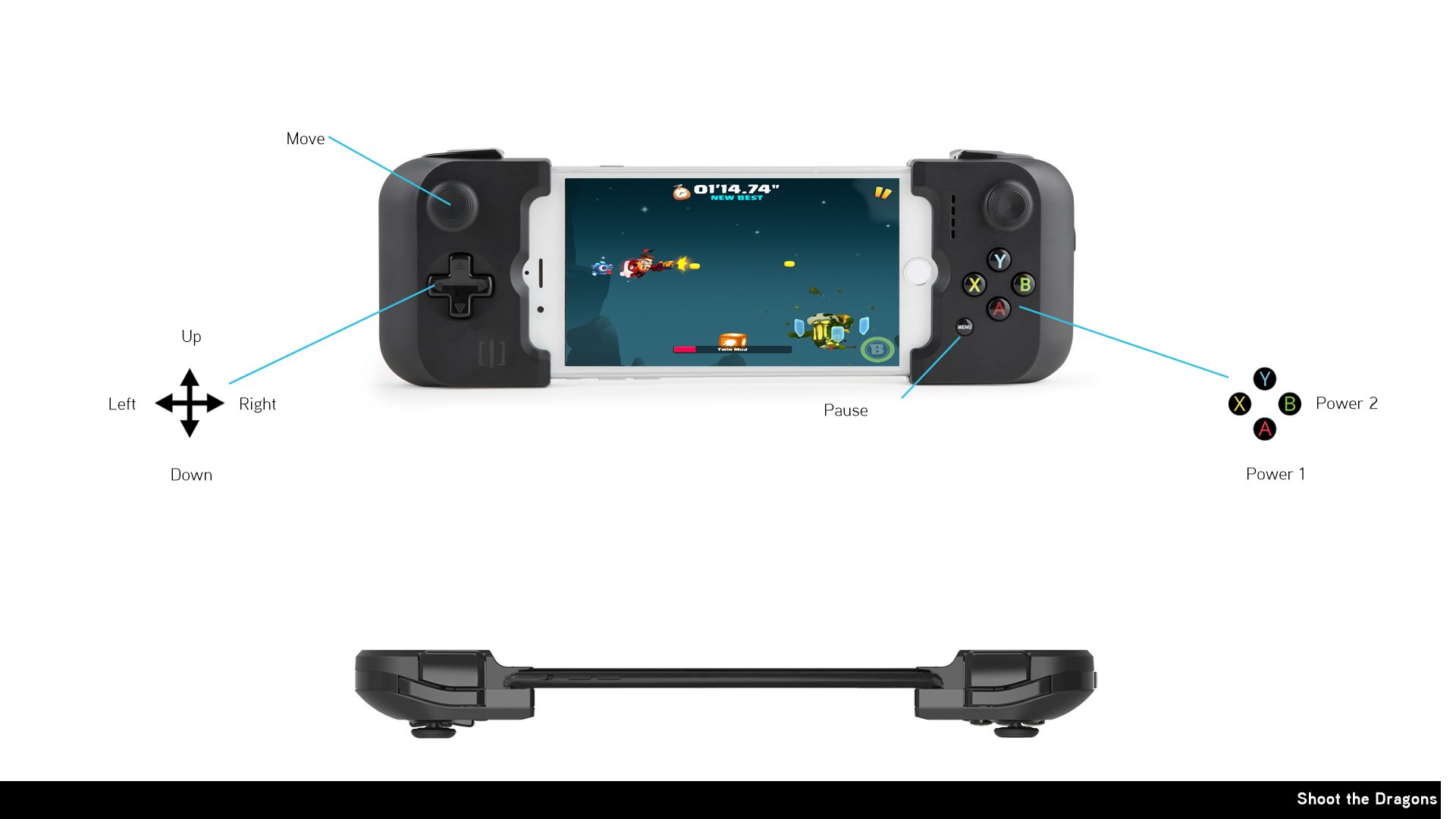 A sideways scrolling shoot-em-up featuring a unique cast of kooky and quirky characters you can collect and upgrade. It's filled with lashings of oddball humor, dastardly baddies and the odd dragon or two!

About the Game:
Are you ready to SHOOT?
Shoot the Dragons is a challenging ‘shump’ game with a classic gameplay feel. Packed with humor and modern design, it has endless replayability and features innovative storytelling. It's much more than just a game, it's an experience!

[No energy limit, play for your own time!]
[Testing game with exciting battles ! ]
[Weird Bosses and oddball Buddies!]
[Many challenges with huge rewards to claim!]
[Top Multiplayer Battle Game with Leagues & Leaderboards}

Whats been said about us:
“A well-Animated Horizontal Shoot 'em Up That Looks Like Fun”(Touch Arcade Editor)
“A nicely animated side-scrolling shoot'em up with a hell of a lot going on”(Pocket Gamer Editor)
“Super clean art style and fluid animations reminiscent of Rayman Origins”(Pocket Gamer Editor)
"Played 3 seconds, already love it" (thumbs07 - Player)
"The heritage to Jetpack Joyride with a bit of Rayman craziness" (Lee - Player)
“It literally shines in pretty much every aspect” (Macro - Player)

Games Features:
• Endless, classic, increasingly difficult shooting gameplay!
• Dash, capture, collect! With a mix of different play styles!
• Dozens of unique minions, elites and end of level bosses to beat!
• A massive roster of unlockable Heroes and Buddies with insane skills and powers!
• Multiple in-game Events!
• Completely upgradeable characters!
• A meaningful story with secrets to be revealed!
• Bosses with multiple attack patterns & multiple fighting styles!
• Humorous and absurd art and animation style!
• Many, many missions and over 100 achievements to gain!
• Tonnes of Easter eggs to find paying homage to our heroes of yesterday!

Our target:
To be the be sideways scrolling shooter in your hands!

Note:
• Shoot the Dragons is compatible with the following devices or newer models of them: iPhone 5, iPad 3, and iPad mini 2.;