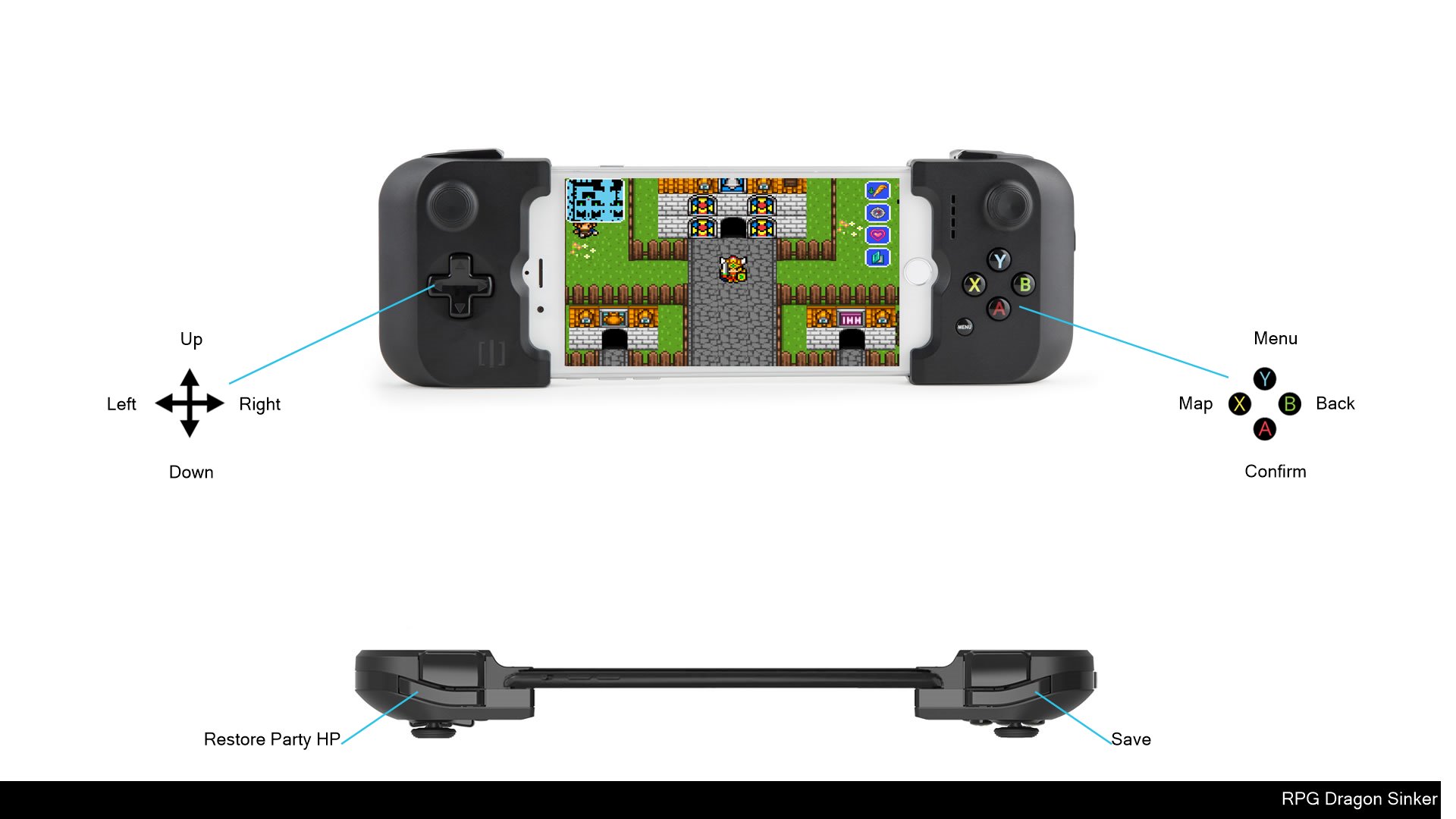 Join forces with other humans, elves, and dwarves, and set off on a journey to slay the evil dragon, Wyrmvarg!

Employing 8-bit graphics and sound that hark back to the golden age of RPGs, Dragon Sinker brings a visual and audio feast to the table of hungry gamers starving for the nostalgia of the great classics of yesteryear!

- Retro Graphics and Sound!
Following the recipe of traditional RPGs, Dragon Sinker also adds a taste of 8-bit goodness with renowned game composer Ryuji Sasai lending his talents to the score to create memorable chiptunes that complement the pixel graphics faithfully rendered to depict those of the 80s and 90s! Plus, with plenty of subquests for a hero to tackle and secret dungeons to explore, this is one adventure not soon to be forgotten!

- Battle Using Multiple Teams!
Lead up to 12 party members into battle and swap freely between 3 teams to take on a host of powerful foes! In addition, by leveraging the traits and characteristics of the different races and jobs, team leaders and members can take advantage of a multiplicity of effects!

- Gotta Collect 'Em All!
Scour the world in search of new companions and collect more than 16 jobs! Then by mastering the skills particular to each job, battles will play out in increasingly strategic and exciting ways! And if that were not exciting enough, character costumes also change according to their job, giving pixel lovers something even more to look forward to!

* The game can be played in its entirety without the need for in-game transactions.
* Please contact us through the Contact button on the title screen if you discover any bugs or problems with the application. Note that we do not respond to bug reports left in application reviews.;