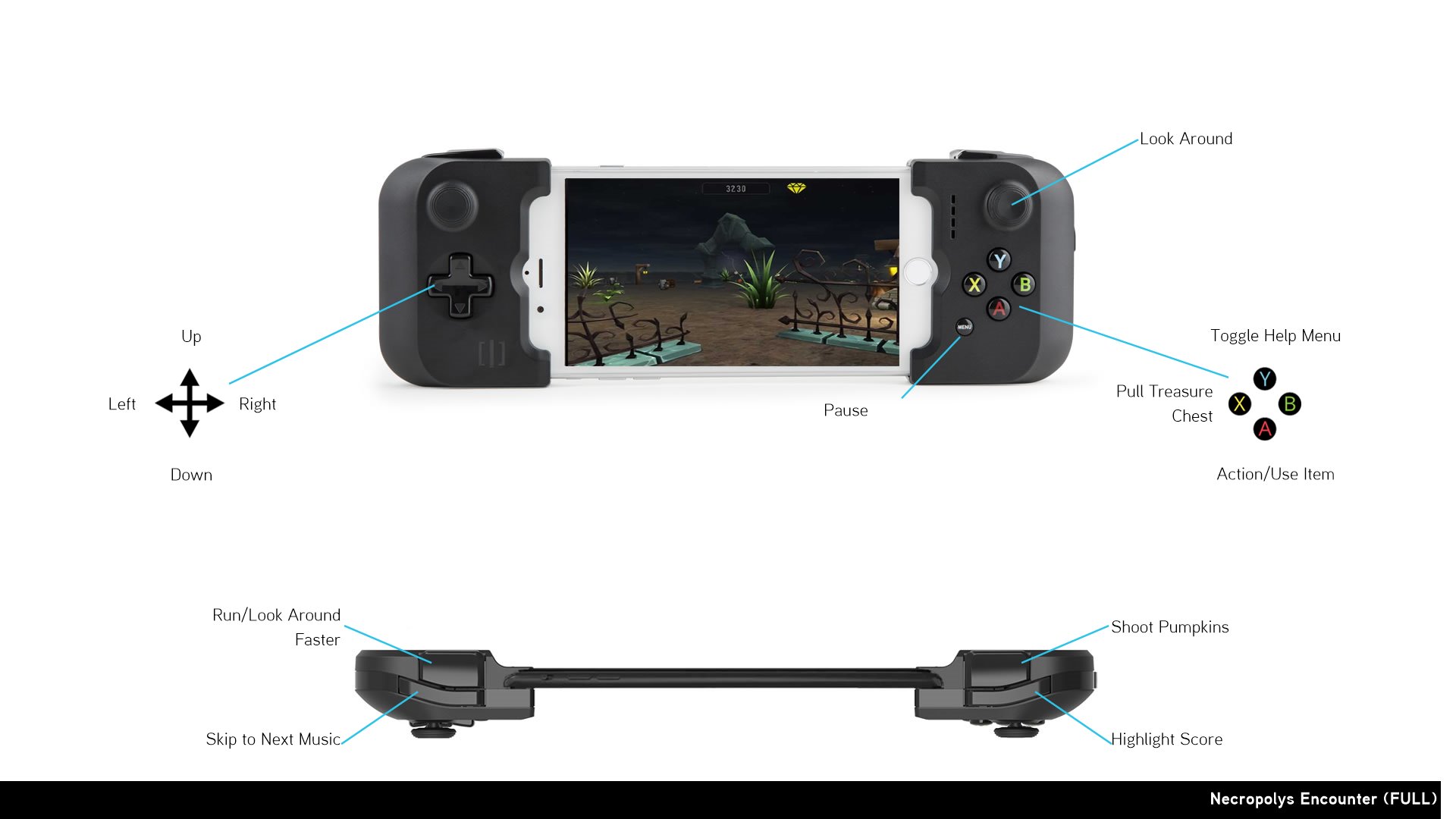 Push the Treasure Chest through the last Zone of a forsaken graveyard, collect the hidden gems, use your skills, a pumpkin gun, and crates & barrels to defeat the Freaks who try to grab the Diamonds and gold from you. Beware of deadly traps. Complete your mission within 60 minutes or less. A reward awaits you at the end.

For optimal performance, an iPad Air 2 or better is recommended. For best game experience on iPad, headphones and an MFi Game Controller are recommended.

This release includes all three episodes:

Fight or trick the Kneetos and the Skelkuts, destroy the Zombeyes and the Vampiks, give the Hyparranx and the Maxi Boarbon a wide berth to reach Smuggler's Path. You need to develop some skills to destroy the Grunting Slayers. Once you're past the arch, there's more than one way to avoid or kill the silent Kenju Mercs, as you'll learn... if you're lucky to be still alive.

Don't forget your mission requires that you push the Tresure Chest with the Diamonds forward! Leave them behind and you'll need to backtrack ― at the expense of precious time.

But when you find yourself in a maze infested with Blue Murdekos then you know that your luck has run out. El laberinto de los convictos en la Cyudadnecro! I'm going to assume that you can get past the last Green Snappo and into King's Pigsty where you have to deliver the goods to Zombie "Mac" Boss. Did I mention that you cannot continue past this checkpoint unless you've got the six Diamonds?

What happens next... Well, suffices to say that Goedendager is the guardian of an item that might come in handy at the Necropolytan Temple. How to get there? Better ask Salvatore ― just follow the oinks!