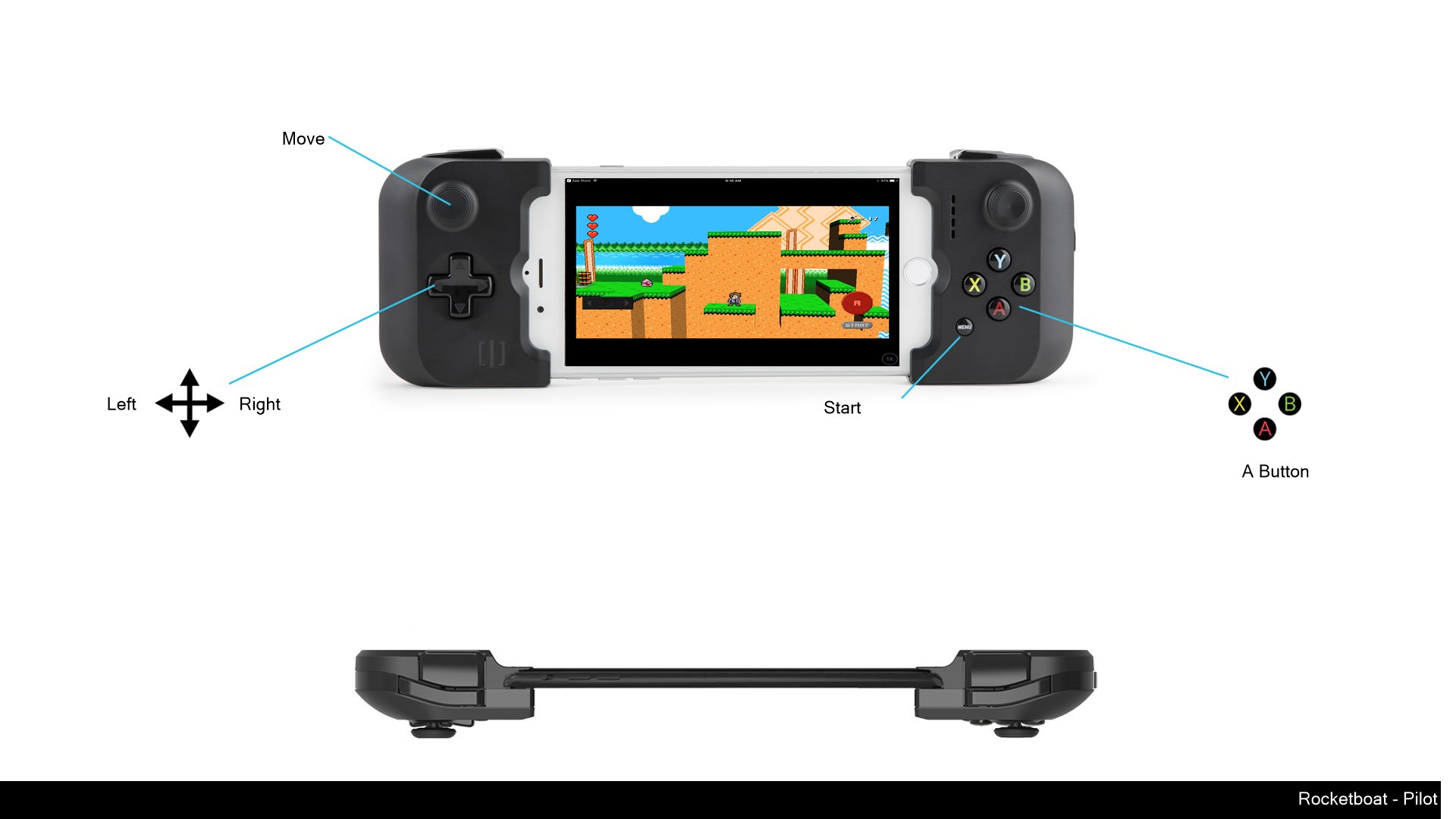 Rocketboat - Pilot is an action/adventure platformer which features a unique graphic style that mixes classic minimalist pixel art with modern 3D rendering techniques. The game tells a humorous story with memorable characters while giving nods to nostalgic gaming and sci-fi clichés, conspiracy culture, the Illuminati, and even the hacktivist group Anonymous. Tying it all together is an 8-bit retro soundtrack influenced by the band’s music.

* Use touch controls or a gamepad (recommended!)

* Turn on shadows via Options > Display!

Far beyond the reaches of the Milky Way, a great darkness is looming. A clandestine force using powerful social manipulation techniques is controlling the resources of star systems throughout the universe. Their only existential threat appears to be a rock band from the planet Earth.

Meanwhile on Earth, while experimenting with new ways to promote their music, the band Rocketboat is about to find itself on a life-changing adventure.;