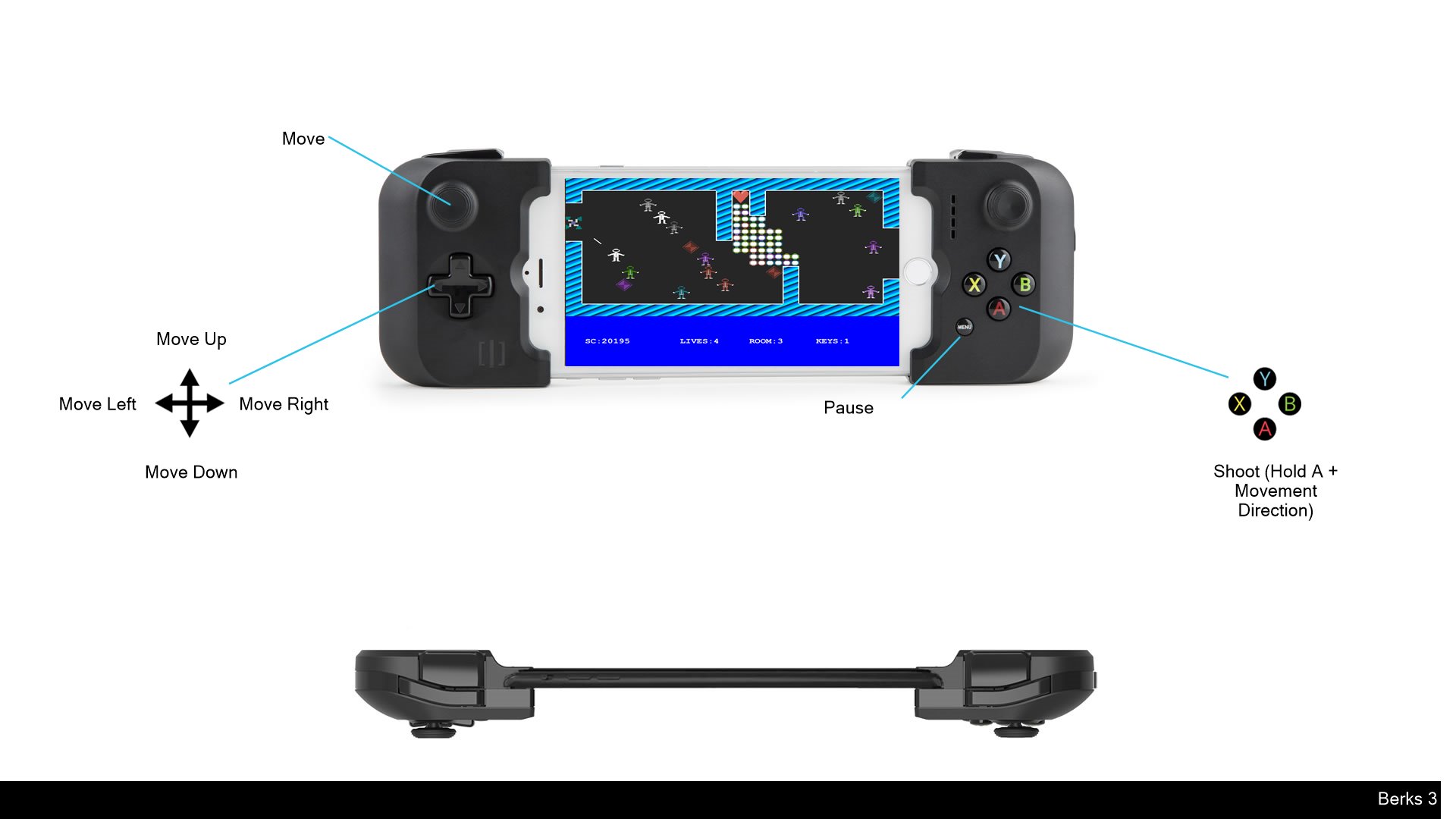 A true 8bit classic top down shooter originally released in 1985 by Jon Williams and with kind permission re-written for your enjoyment.

This re-make sticks closely to the original game we all knew and loved:

Using the quick firing terror tank you must penetrate the city of the Berks and collect 21 keys, all of which are heavily entombed in heavy building blocks. Once these have been collected, you gain access to the Inner Sanctum. Your task goes on - blasting your way to 4 more keys you may enter the Heart of the Inner Sanctum. Once inside, 10 more keys must be collected before you gain entry into the Berks' Sacred Treasure Chamber. This treasure must be recovered before you can complete your task.

The Berks are after you, the Drones are after you, even the protective blocks will destroy you on impact. You are given 5 lives, you can gain extra lives up to a maximum of 9, by recovering the hearts scattered around the City.

Play left or right handed, your first touch becomes your direction control and your second touch activates your blaster. You terror tank remains stationary whilst firing and you can direct your blaster with the first touch.;