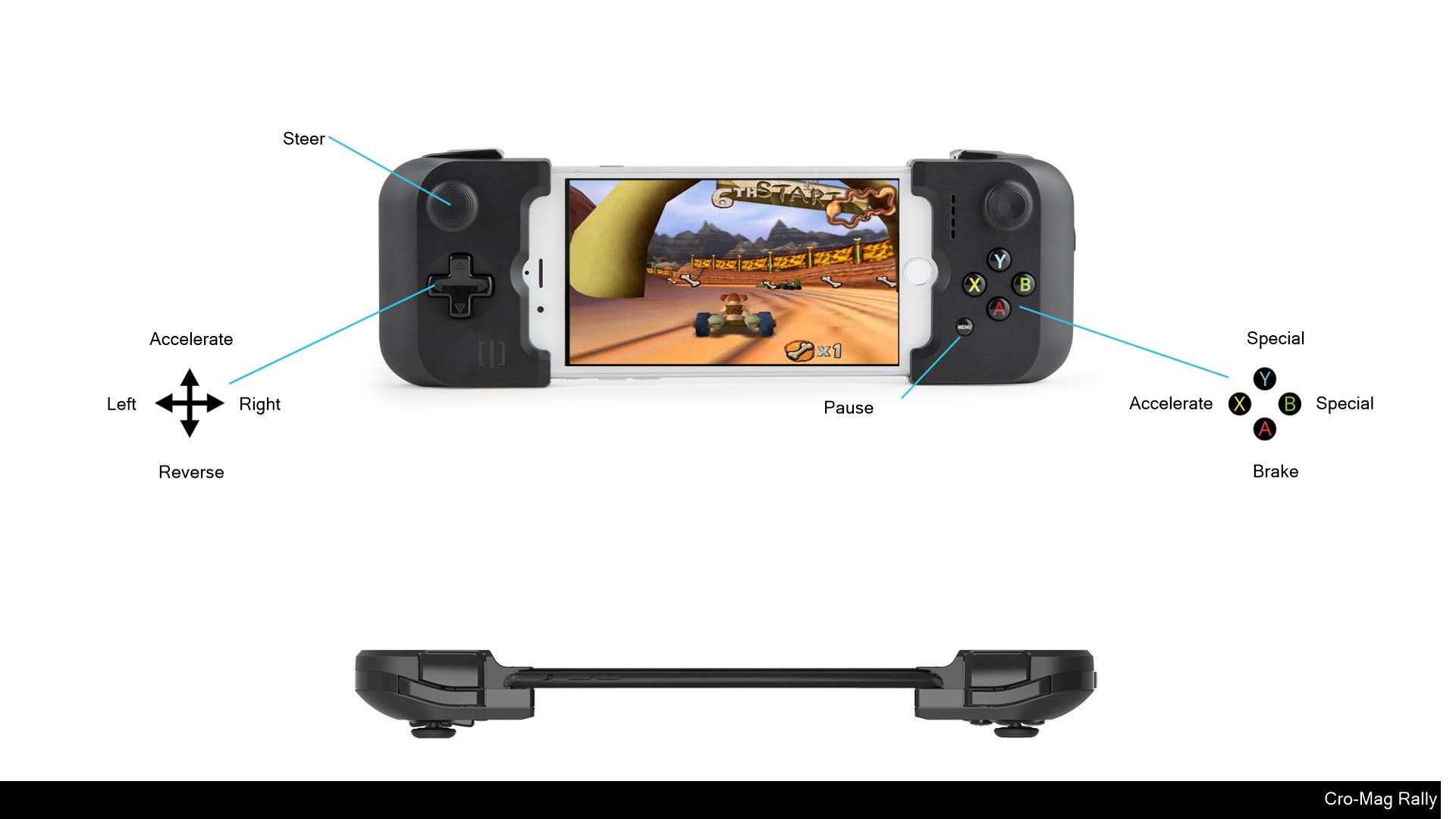 Cro-Mag Rally is the wildest racing 3D game since man invented the wheel! You are a speed-hungry caveman named Brog who races through the Stone, Bronze, and Iron Ages in primitive vehicles with primitive weapons!

By far the most entertaining and original racing game for the iPhone!;