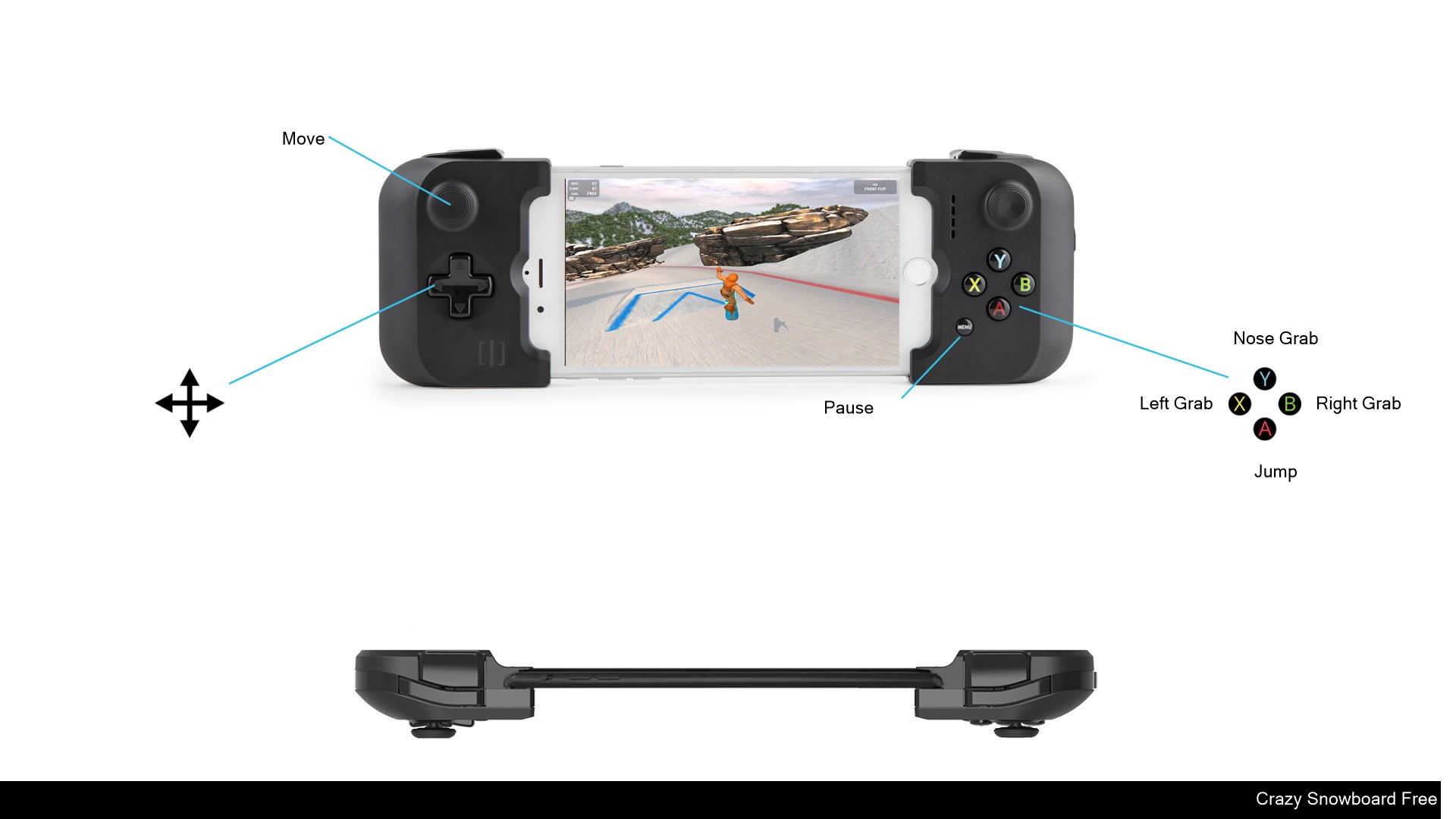 Download the #1 mobile snowboard game in the world with more than 15 million players - all new improved graphics and MFi game controller support!

Get ready for some wicked-cool snowboarding action on your iPhone! Crazy Snowboard Free has something for everyone:

Waiting for a bus? Stuck in line? No matter where you are, now you can hit the slopes! Just fire up Crazy Snowboard, tilt your device left and right to steer and you're there!

Ready for some massive airs? Just touch the screen (anywhere) hold down and you'll crouch ready to spring. Release your touch on top of a ramp and you'll get a huge boost. Then link your tricks together to increase your multiplier and score big.

How about some grinding? We've got rails, boxes, logs, candycanes (yes, candycanes!) all ready for your grinding pleasure. See how many you can link together to ramp up your bonus multiplier and boost your score.

Featuring Game Center so you can go head-to-head against your friends to see who is the Crazy Snowboard champion!

Check out http://apps.ezone.com for screenshots and game play videos.