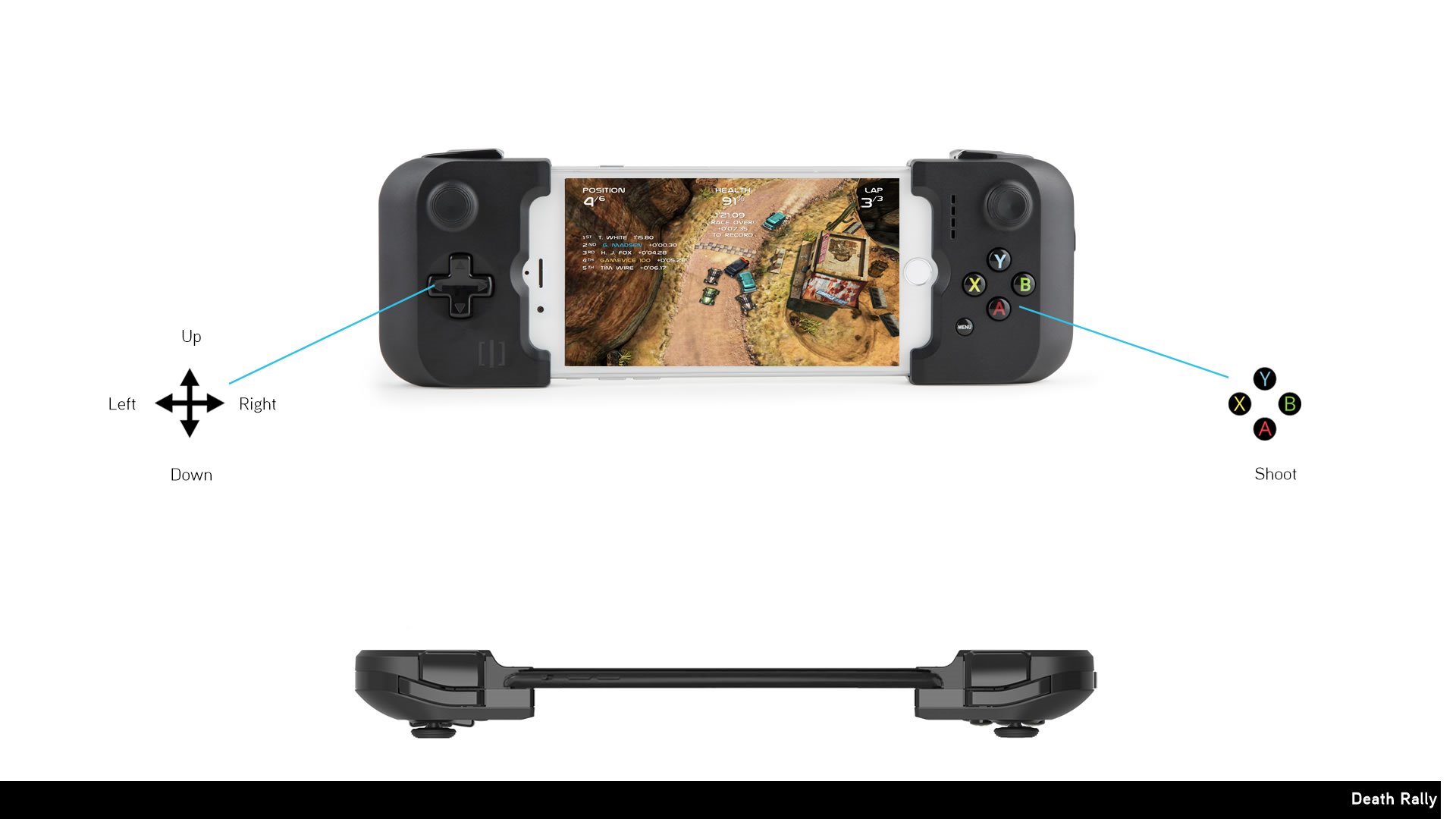 Death Rally is an action packed COMBAT RACER with GLOBAL MULTIPLAYER, STUNNING VISUALS and more than 10 HOURS of CARS, GUNS and EXPLOSIVE FUN. NUMBER ONE in 84 countries with more than 20 million gamers worldwide!

Race against incredible boss drivers like DUKE NUKEM. Upgrade and level up you cars and guns in a thrilling single player career mode or compete in global multiplayer! Lock & load and enter the Death Rally, humiliate and destroy your opponents or sabotage the race. You choose how you win, NO TRICK IS TOO DIRTY!

Brought to you by REMEDY, renowned developer of MAX PAYNE, ALAN WAKE and QUANTUM BREAK! LOAD YOUR GUNS, START YOUR ENGINES... It will blow you away, LITERALLY! This is no Sunday Drive. This is DEATH RALLY.

• • • IMPORTANT • • •
Death Rally v4 should only be run on iOS 8 or later!
All older versions are not locked, but the optimal experience is not guaranteed below version 8.