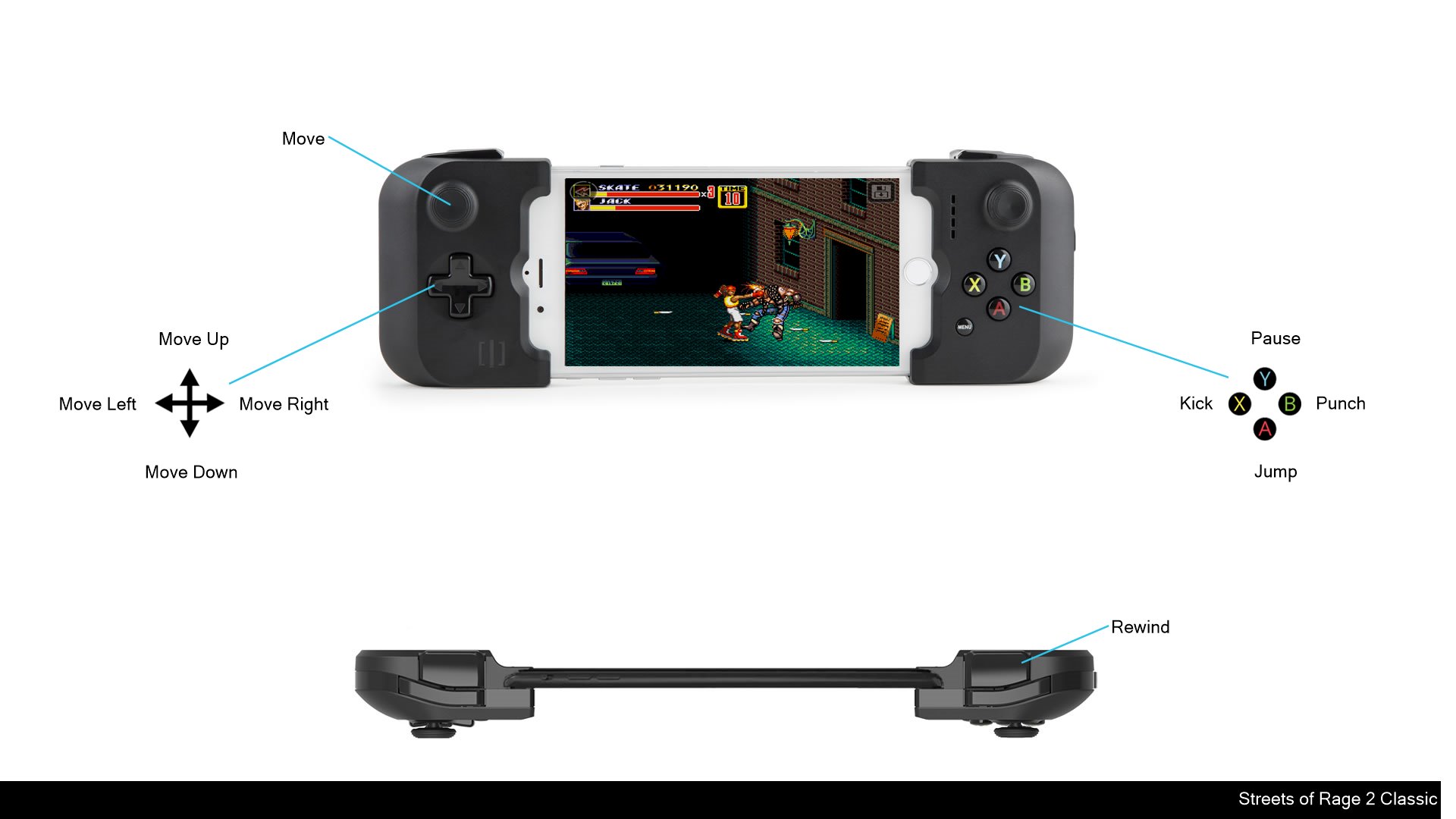 Mr. X is back, and he’s thirsty for revenge! After kidnapping Adam Hunter, Streets of Rage heroes Axel and Blaze join forces with Adam’s kid brother Skate, and wrestler Max to bring him to justice. Utilize all new blitz attacks and breakout moves in a city crawling with criminals and thugs, and put an end to Mr. X’s crime syndicate once and for all!

Streets of Rage 2 joins the ever-increasing line-up of ‘SEGA Forever’, a treasure trove of free SEGA console classics brought to life on mobile!

FEATURES
- Four playable characters, each with unique ‘blitz’ attacks, capable of dealing incredible damage to your enemies.
- Insane cast of end-of-level and mid-level bosses, from jet-pack fuelled psychos, to ‘Big Ben’, the lumbering fire-breathing brawler!
- Eight side-scrolling levels to tussle through – from amusement parks, to munitions dumps, until you reach the Syndicate stronghold itself!

MOBILE GAME FEATURES
PLAY FREE with ad-support or ad-free via In-App Purchase
SAVE YOUR GAMES – save your progress at any point in the game.
LEADERBOARDS – compete with the world for high scores
CONTROLLER SUPPORT: MFi compatible controllers

STREETS OF RAGE TRIVIA
- Known as Bare Knuckle II: Requiem for a Deadly Struggle in Japan
- The Japanese version of the game shows Mr. X smoking a cigar during the final boss scene
- There's no need to fight the jetpack-weilding boss Stealth in Stage 6 – focus your attention on Souther instead!
- Max Thunder was only playable in the 16-bit version of the game, appearing in neither the Game Gear nor Master System versions

STREETS OF RAGE 2 HISTORY
The game was first released on the SEGA Genesis in the US in December 1992
Developed by: Sega CS, Ancient, Shout! DW
Main programmer: Akitoshi Kawano

This game may include "Interest Based Ads"​ and may collect "Precise Location Data" ​(please see http://www.sega.com/mprivacy#2e_Third_Party_Info ​for more information)​

© SEGA. All rights reserved. SEGA, the SEGA logo, Streets of Rage 2, SEGA Forever, and the SEGA Forever logo are registered trademarks or trademarks of SEGA Holdings Co., Ltd. or its affiliates.;