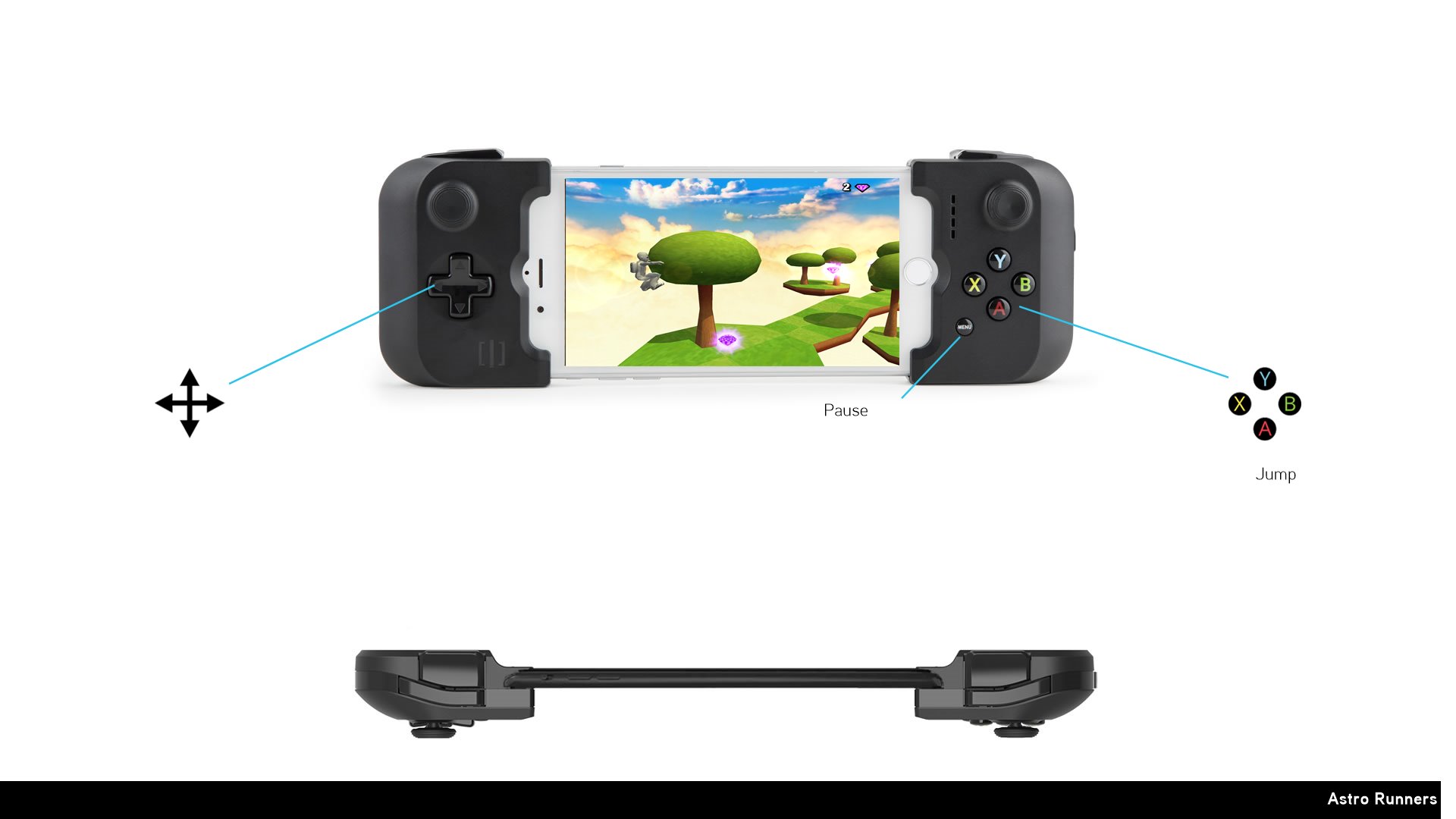 Cats! Frogs! Pigs! Dinos! and More! Plus 30 new levels! Plus all new World 7 with the dreaded Snail Boss!

Hover World Preview level!!! Cruise around on your hover board collecting gems, or jump off and run around in this free roaming world. Check out http://facebook.com/ezonecom for details!

Note: Astro Runners is a graphically intensive game and at least a 4th generation device is recommended.;