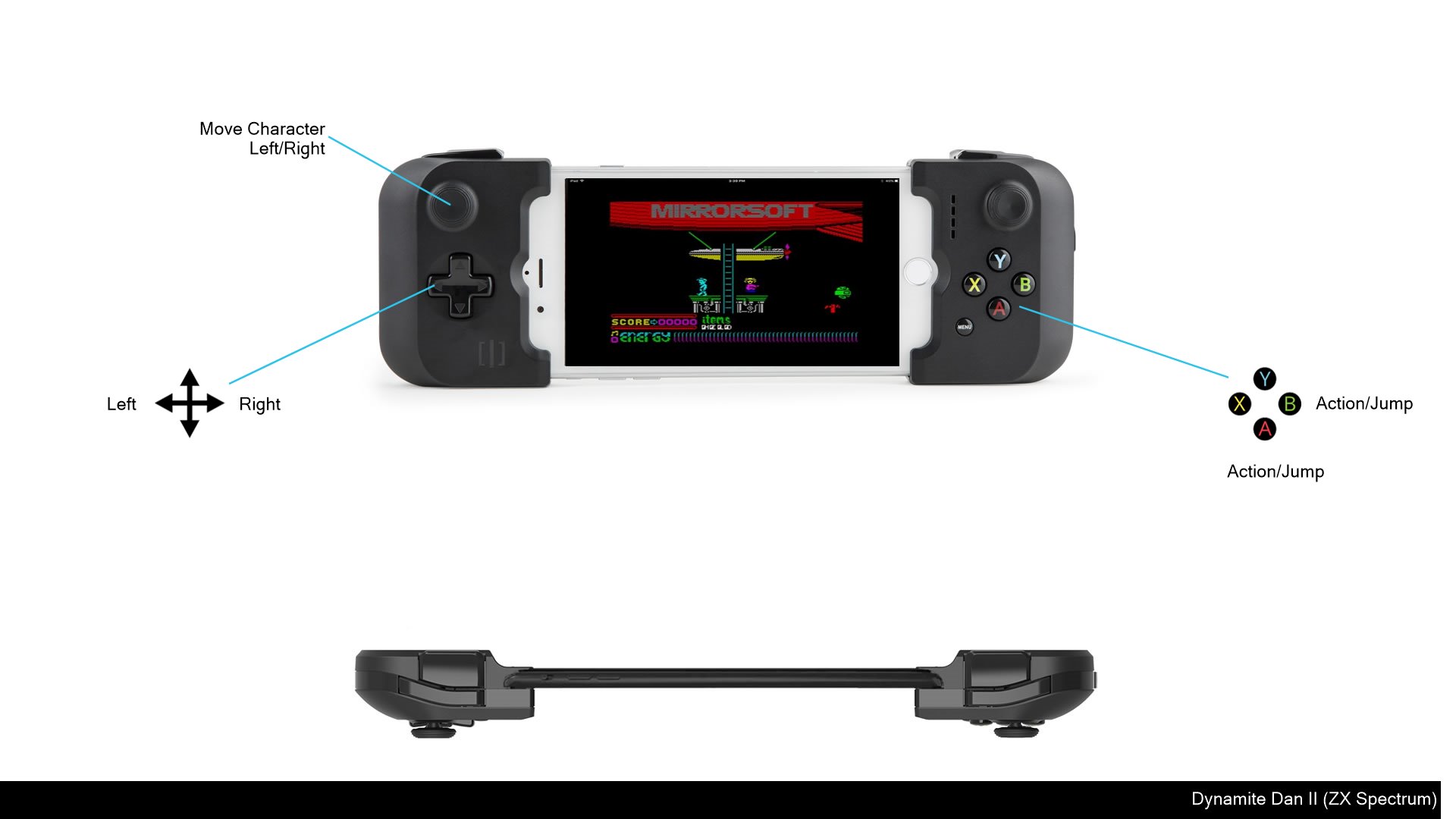 The youth of the world is being helplessly mesmerised - their brains sucked dry - by apparently innocuous pop records. Someone has been corrupting the vinyl with subliminal, mind-destroying sound waves. There's only one person who could be responsible for such an outrage - that's right, Blitzen is back, poised to wreak havoc on an unsuspecting planet.

Your task as Agent Dan is to get into the group of eight islands known as Arcanum, where Blitzen has set up his secret headquarters. You must find the one record hidden on each island, locate the jukebox, and play the record. Then you must refuel your trusty blimp and go on to the next island. When the eighth island is reached (the pressing plant), and the last record has been played, you must place a bomb in Blitzen's lab. You've now got just 3 minutes to get back to the zeppelin before the plant goes up.

*** This game is also available as part of the Spectaculator, ZX Spectrum Emulator app (as an in-app purchase). Spectaculator also includes the original Dynamite Dan. ***

"A great game which will appeal to fans of the original and newcomers alike."
- 93% (CRASH Magazine, September 1986)

NOTE: This is the original ZX Spectrum game by Rod Bowkett (originally published by Mirrorsoft) running under emulation with 100% accuracy.;