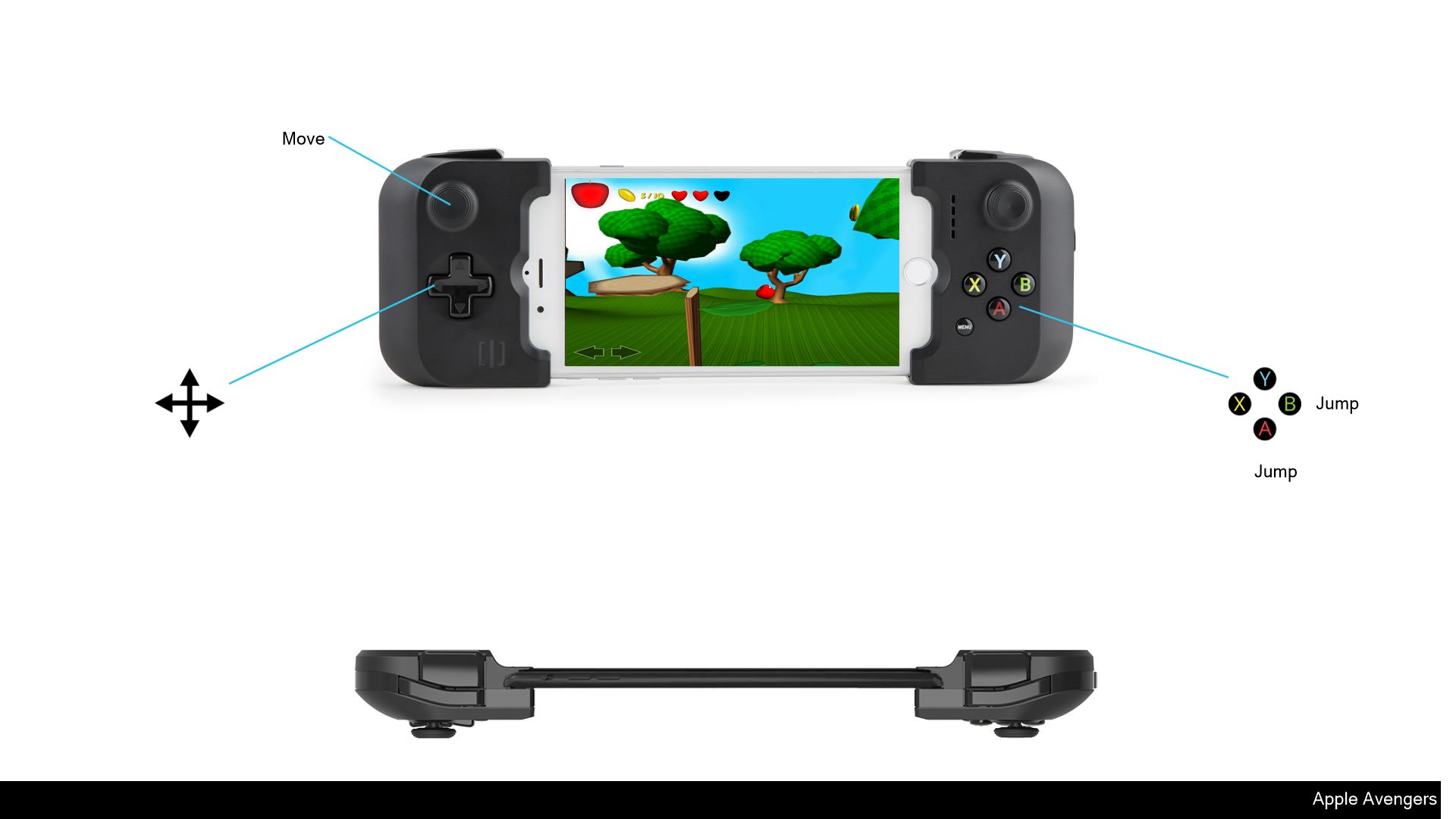 Play the first 4 levels in story mode and 2 dash levels for free! The full version of the game costs $2.99 and can be unlocked through an In-App Purchase.

"Apple Avengers is a prime example of how good a Unity game can be." - gametrender.net

"If you’ve been hankering for a ambitious platformer we recommend that you check out Apple Avengers." - Appstorearcade.com

"Apple Avengers is a really thrilling and challenging game for both kids and adults." - KidsPlay123.com

Apple Avengers is an Action/Adventure/Platformer. You play as Fuji, a heroic apple who embarks on a quest through 5 bright and colorful worlds overrun by an army of worms. You will earn 7 different Powerups throughout the game allowing you to transform into one of the legendary Apple Avengers. Use their skills to fight, jump, fly and roll your way through 55 levels of platforming madness.

*5 colorful and imaginative worlds, each with their own distinct theme, style and challenge.

*More than 20 enemies and 5 epic boss fights. Each enemy has a different attack style so you better prepare for battle!

*10 golden seeds are scattered throughout each level. Collect them all to unlock the bonus world upon completing the game for a true challenge!

*Record your fastest time completing a level and it will be posted on the Leaderboards for endless competition and fun.

*Earn a variety of achievements in Game Center.

Can you stop King Lumbricus and his army of Wild Wacky Worms? Download Apple Avengers now for Free!;