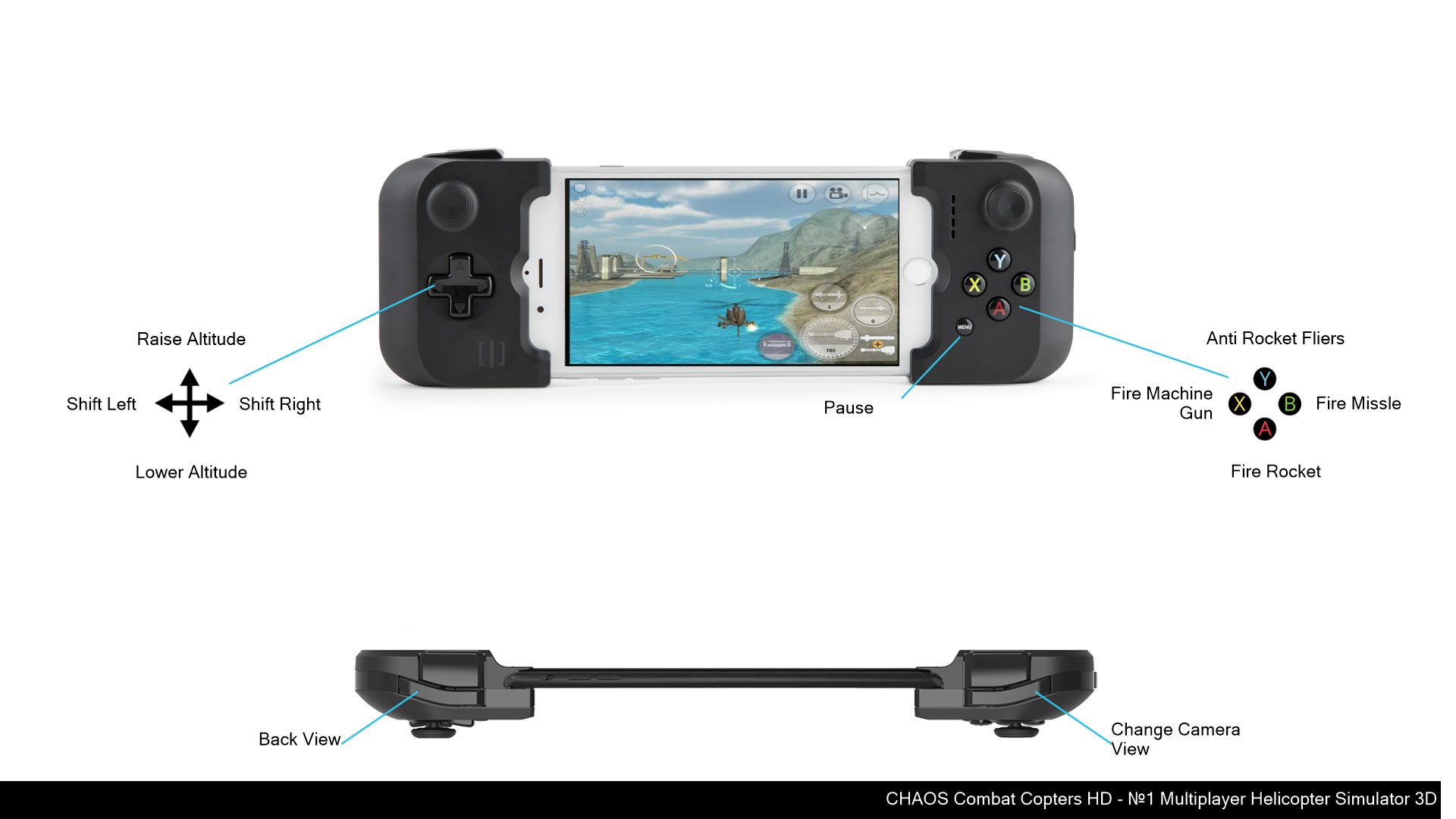 Characteristics:
- Prizes
- Video of fighting for the analysis and preparation for combat available
- 2 types of tournaments: regular (includes 3 leagues) and elite (for seasoned fighters)
- The integration of games with Game Center and Facebook
- Realistic helicopter simulator and game play, rich in action and events
- Highly detailed helicopter 3D models from leading manufacturers including the U.S., Russia, Europe and China (The McDonnell Douglas Helicopter Systems MD500 Defender,OH-6 Cayuse, The Bell UH-1 Iroquois, UH-1D huey, AH-64 Apache, UH-60,Black Hawk, MI-24 Hind,MI-28 Night Hunter, KA-50 Black shark, Ka-52 Alligator, Boeing/Sikorsky RAH-66 Comanche, AH-1 SuperCobra, CH-14 Aguilucho) and other
- Unique visual and sound effects
- Real maps and battle locations
- 8 training missions, you can prepare for the air fight by passing training missions
- Ability to improve performance and upgrade weapons for your helicopter
- Medals and orders for the professionalism displayed in battle
- Detailed statistics combat achievements, which is available both in game and on the website
Add friends, participate in tournaments, improve combat skills in between tournaments in training missions and online battles, and win awards and titles.

If you like dog-fighting in the AIR - that's it is.

Detailed schedule of the tournaments can be found on the website http://chaos-game.com - watch the updates of the schedule.

PS - If you have a problem we’ll do all we can to help. Please contact us before giving the game a bad review by emailing support@chaos-game.com, we’ll hopefully turn your bad experience into an awesome one!