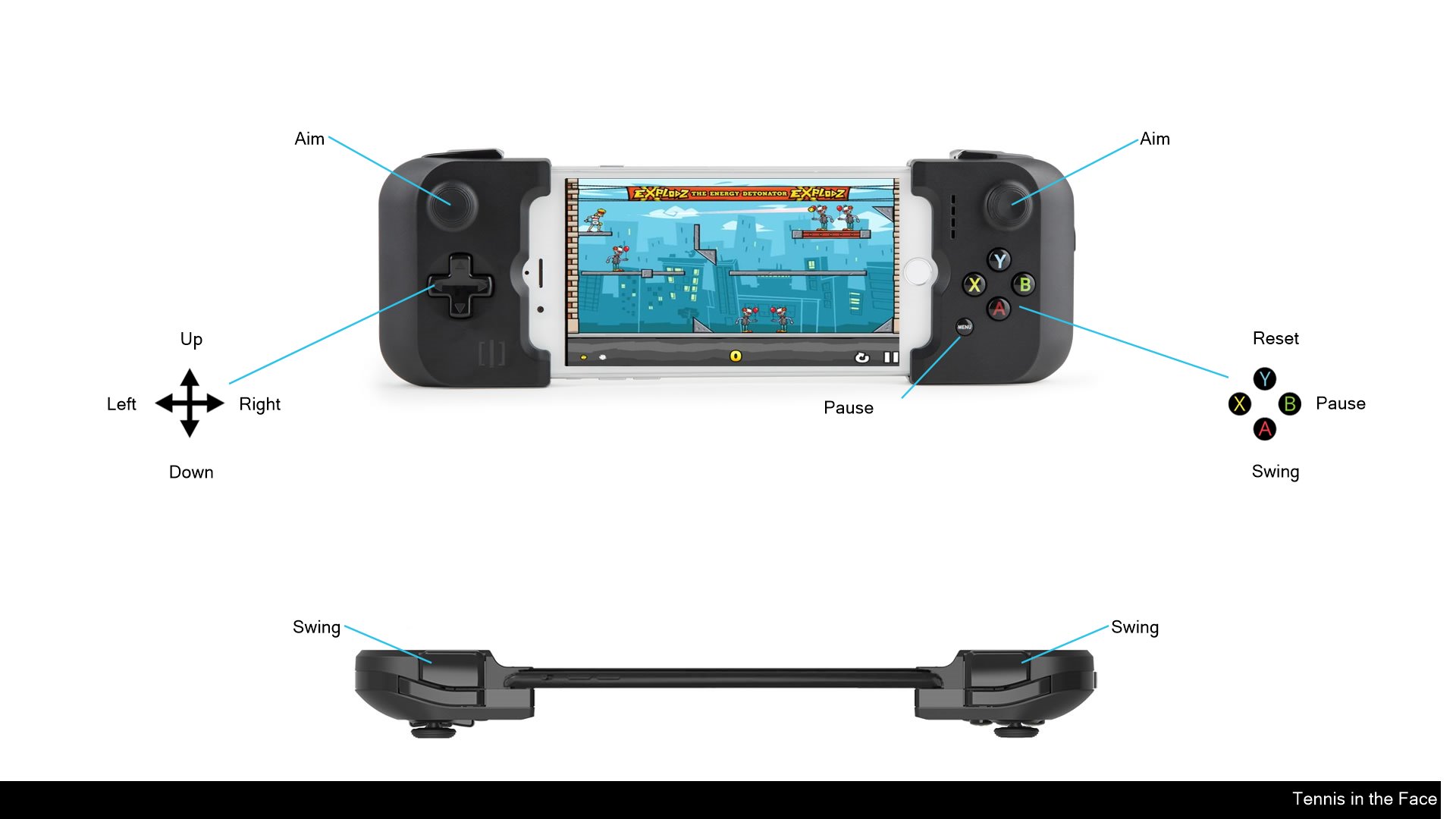 This is no Wimbledon, this is Tennis in the Face! Get ready for some hilarious ragdoll-smashing ball-bouncing action!

Help Pete Pagassi to save the city from an evil energy drink corporation Explodz. Knock out creepy clowns, evil riot police and other Explodz-addicted maniacs with a tennis ball in the face. Bounce the ball off walls to reach targets lurking in cover and watch them tumble hilariously. Trigger masterful chain reactions and watch the chaos unfold. Finally enjoy the level finale in slow motion!

"It’s fun, interesting and never stopping to question if it’s crazy or not."
- Bunch of Gamers 4/5

Tennis in the Face is a hilarious bouncer-game where you save the city from the evil Explodz Inc. with your extraordinary tennis skills. Simply move your finger on the screen, observe the aiming line, and lift your finger to serve a furious tennis smash.

The ball bounces off walls and platforms and triggers Explodz-crates, ball tubes, and countless other objects. Your actions will set off chain reactions and you'll watch the events unfold while knocking out the enemies. The more enemies you knock out with a single serve, the higher your score!

Win levels to move to the next district and towards your ultimate goal: The destruction of Explodz mega-factory. Try to earn a crown from each level and challenge your friends on three different leaderboards.

Join ex-tennis-pro star Pete Pagassi in his quest to save the city from the grasp of Explodz!