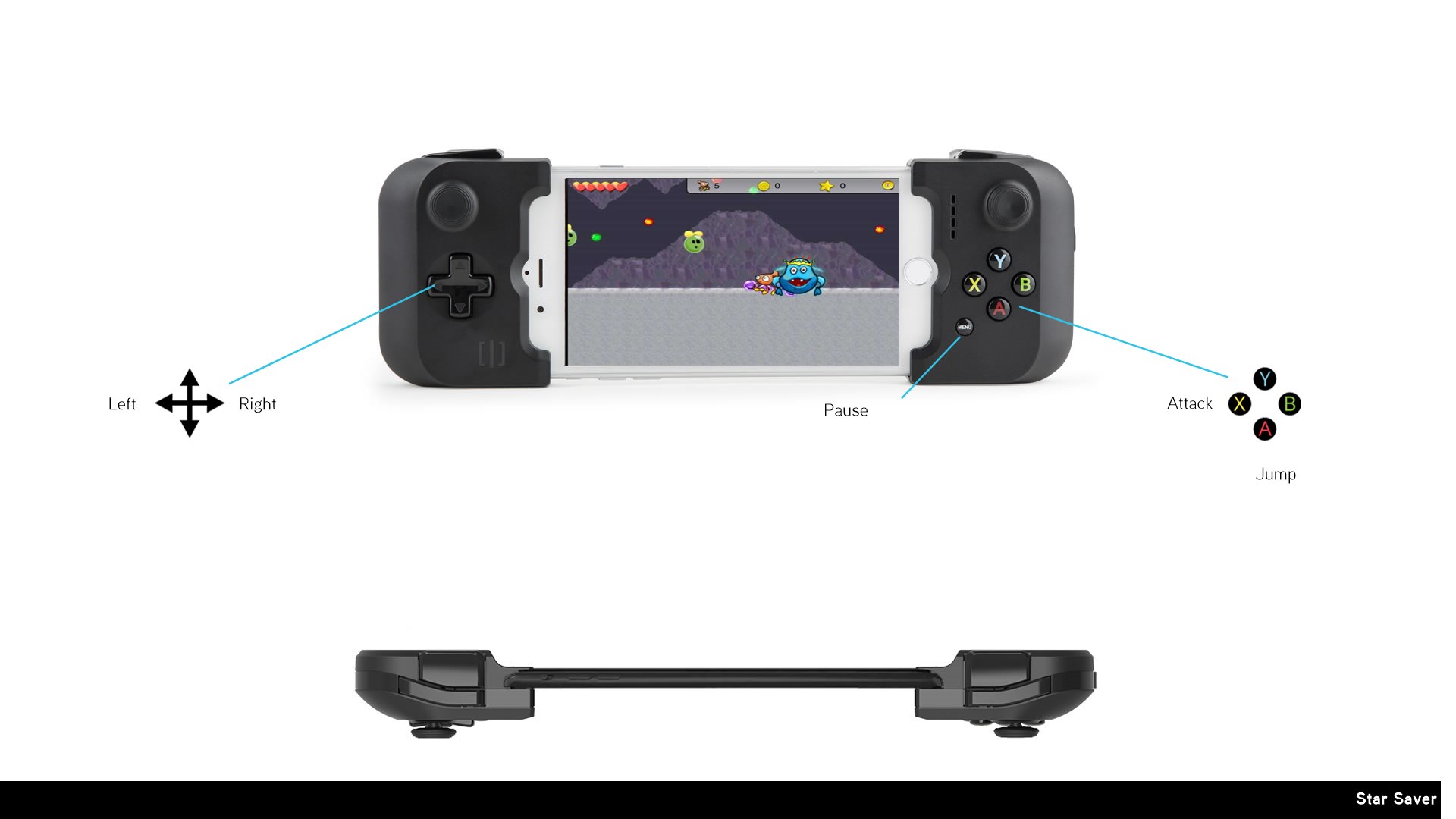 Star Saver is an awesome action, adventure game with a really cool twist.

You play as a Squidly, a Space Squid, hauling around Squishy, The Prince of the Galaxy, on a magic chain in search of the stars that are mysteriously disappearing from the sky. Luckily, Prince Squishy can eat his way though almost anything! Star Saver is a hilarious adventure spanning the galaxy, with over 10 hours of gameplay.

* Over 24 levels of Physics Platforming Madness!
* A Large open world to explore. Choose your own path!
* More than 10 skills to collect and master!
* Tons of enemies, and cool bosses!
* Clever puzzles, tricky jumps, and nasty baddies try to stop you!
* Killer soundtrack!
* MFI Controller Support!

Solve puzzles, collect new skills, and discover who is stealing the Stars from the Galaxy.

Star Saver is the best adventure on iPad and iPhone!;