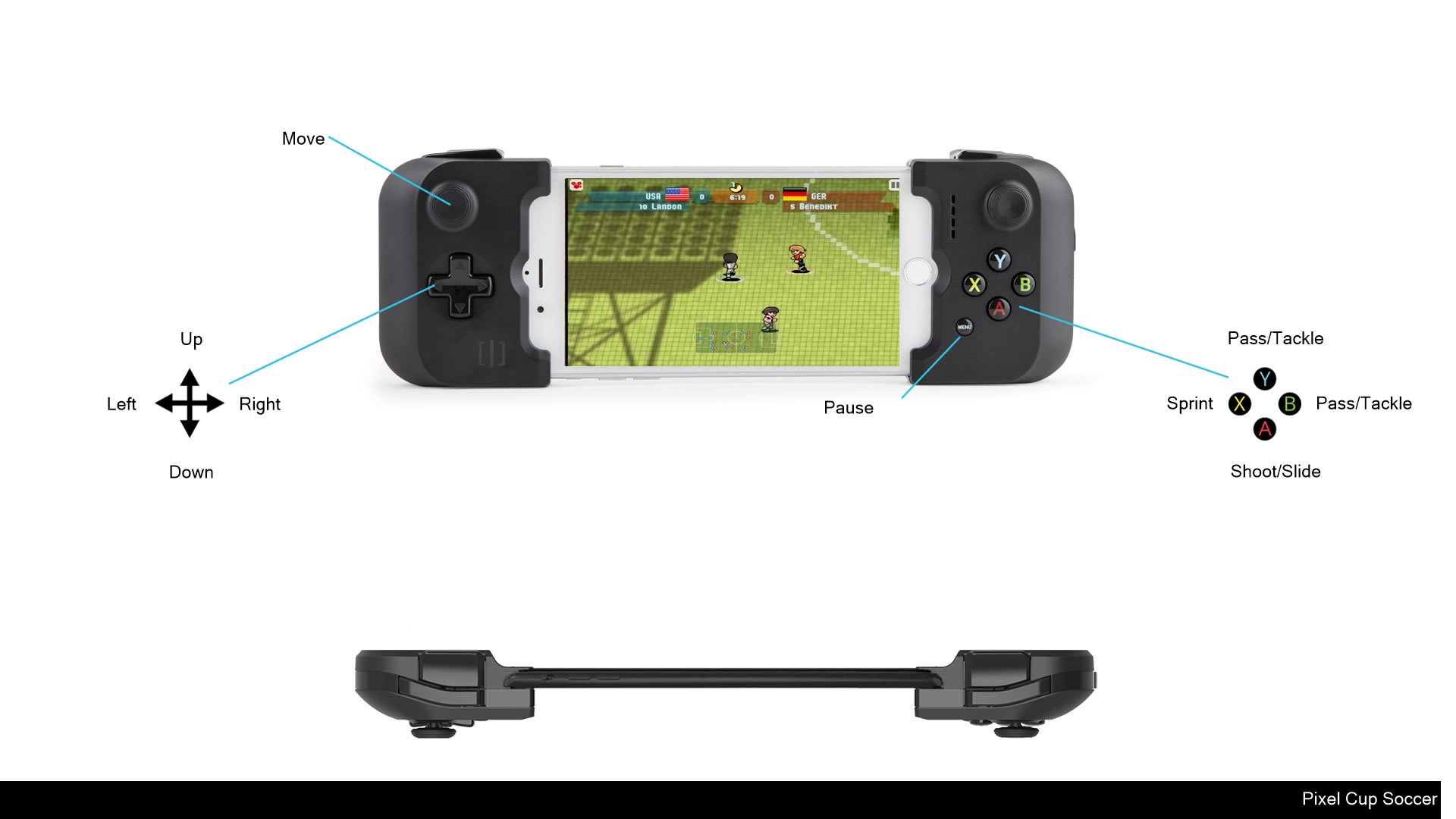 Features
- Local player-versus-player mode you can play with MFI (Made For iPhone) game controllers.
- Simplified controls: shoot, pass, and run your way to victory.
- Pick-up and play with clean and challenging gameplay.
- Retro-style pixel art game resembling classic 8-bit games, evoking nostalgia.
- Play as one of 32 national teams, the same countries that played in Brazil 2014.
- Choose your favorite team and lead them to win the Pixel Cup Championship.
- Customize your match time and speed.
- Face off in different weather conditions and stadiums.
- Show off your achievements in the Pixel Cup mode on the Game Center.
- Share your replays with Everyplay.